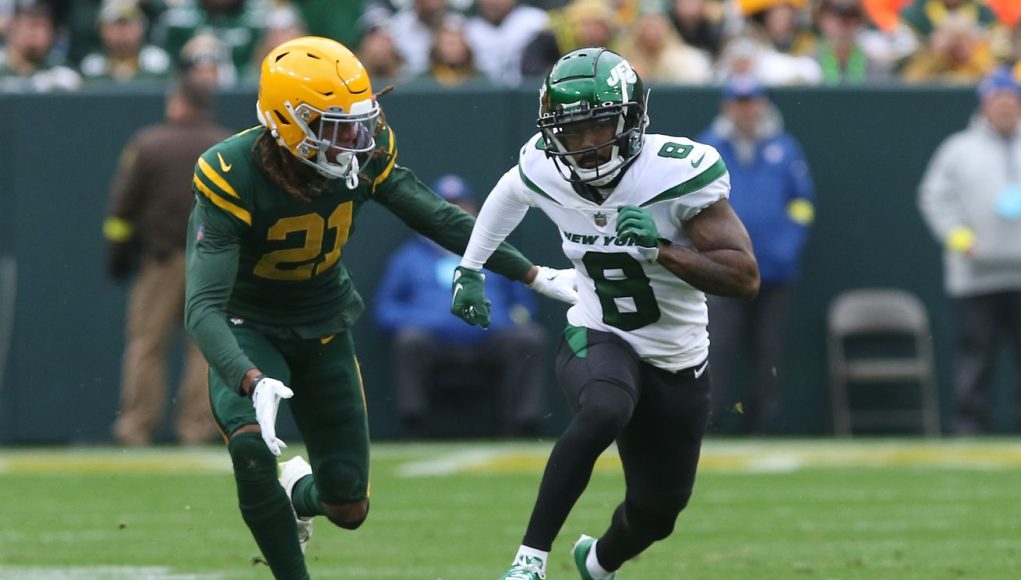 Good morning, Gang Green Nation. I hope you’re all having a great start to the day. After Jets WR Elijah Moore sent some cryptic text messages, many fans thought it was just that. Then, yesterday, Moore was excused from practice for a personal day by Robert Saleh, in which Moore spent the time with his family. Shortly after that, it was announced that Elijah Moore was requesting a trade from the Jets. After claiming he wasn’t trying to be a diva, it turns out that the opposite has in fact happened. That’s good news and bad news for the Jets. The good news is that while the situation in and of itself is bad, the Jets haven’t had this type of problem in a long time; meaning that the team finally has a plethora of talent. The only thing they need to do now is find a way to manage it all and utilize it successfully. We’ll see what comes of it, but let’s hope this situation gets resolved in a way that benefits the team. With that, here are your links to the Jets to start your morning.

Rivka Boord – Do the Denver Broncos represent a trap game for the NY Jets?

John Flanigan – Jets’ Zach Wilson on frustrated receiver Elijah Moore, who has asked for trade: ‘We love him’

Randy Lange – Zach Wilson on Balancing Jets’ Offense: ‘We Adjust to What They’re Giving Us’

NewYorkJets.com – Quinnen Williams Gets Slimed by Teammates After Being Named Nickelodeon Valuable Player for Week 6

Underdog George Kambosos Jr slept in his GYM away from...