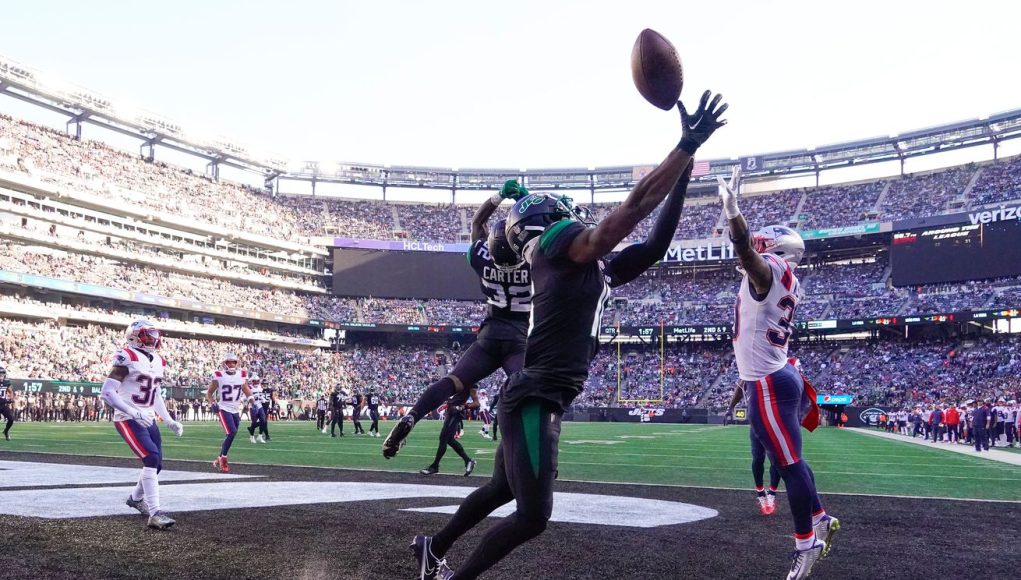 Good morning Gang Green Nation! Happy Halloween, the one day of the year it’s OK for your kids to go to the houses of multiple complete strangers and beg for food.

Halloween came early for the Jets yesterday, and the Jets were once again vanquished by their boogeyman, Bill Belichick and the New England Patriots. The good news is, it’s just one game. There’s a new chance every week to re-write your story in the NFL. The bad news is next week the Jets face the best team in the NFL in the Buffalo Bills, and that story has a strong potential to turn into Nightmare on One Jets Drive, with Josh Allen playing the part of Freddy Krueger.

Still, you just never know in the NFL. Almost every week some team puts on a shocking performance. You never know when it’s gonna be your team that shocks the world. Until they actually play the game, there’s always a chance the Jets become the opponents’ worst nightmare every Sunday. That’s why we faithfully watch the games each week.

Here are your links to your New York Jets this glorious Halloween Monday in October:

Jack Bell – Jets’ QB Zach Wilson: ‘I Have to Do Better’

John Pullano – With Injuries to Key Contributors, Who Did the Jets Turn to in Sunday’s Loss vs. Patriots?

Randy Lange – Jets Defenders Down but Not Out After Roughing Penalty Hit Them Hard vs. Patriots

Antwan Staley – At midpoint, the Jets still have a quarterback problem

Paul A. Esden, Jr. – Jets Have Made an Abrupt QB Change After Tough Patriots Loss

Billy Riccette – Elijah Moore on chemistry with Wilson: ‘I couldn’t even tell you.’