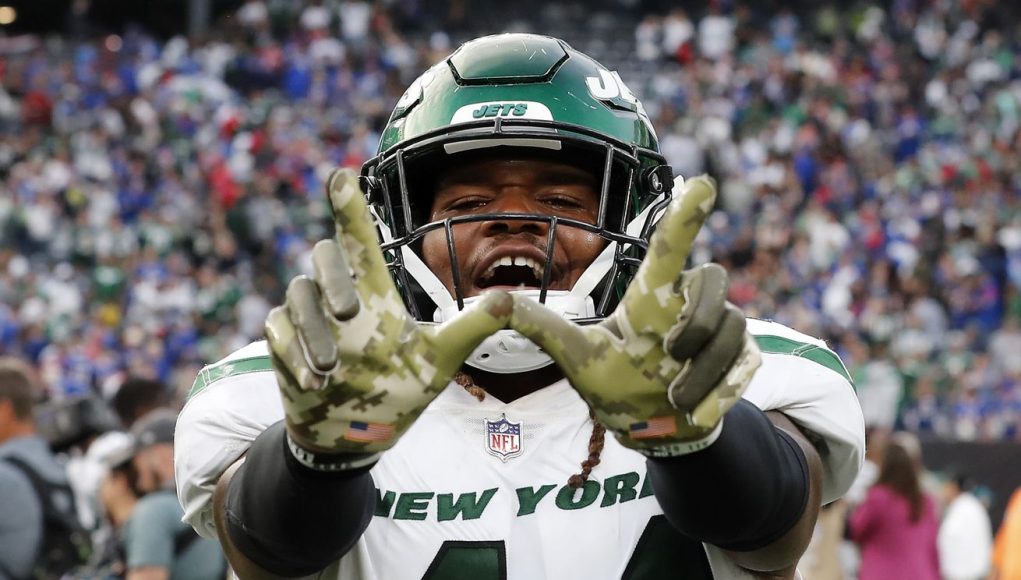 Good morning Gang Green Nation! The New York Jets go on the road this week to face the 9-3 Buffalo Bills in a crucial rematch against a team the Jets defeated earlier this season. A victory in this game would go a long way towards securing a playoff berth for the Jets, and would put the Jets back in the race for the AFC East crown. A loss here would put the Jets in jeopardy of falling into last place in the division, depending on whether the New England Patriots win this week. Whatever happens, we have certainly reached the point of meaningful December games.

Here are your links to your New York Jets this glorious Saturday in December:

Eric Allen, Ethan Greenberg, Randy Lange and Caroline Hendershot – Which Lineup Change Will Be the Most Significant in the Jets-Bills Rematch?

Brandyn Pokrass – Diamond in the Rough: Zonovan “Bam” Knight’s Play is Solidifying His Future with the Jets

5 things to know this Monday, November 7