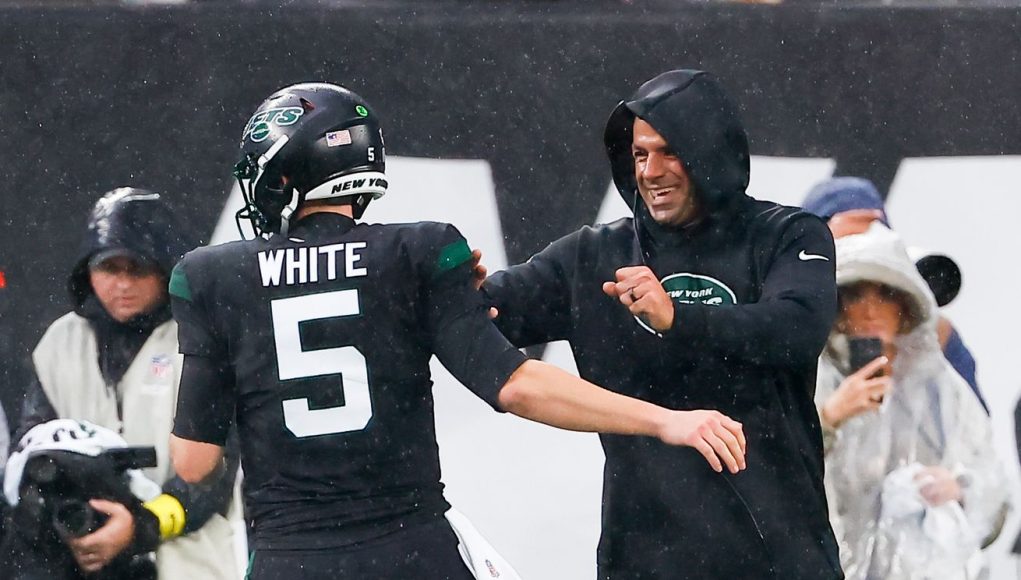 Good morning, Gang Green Nation. I hope you’re all having a great start to the day. Considering how Mike White looked in his first outing this season, fans have been wondering why it was Joe Flacco who started the season while Zach Wilson was injured, and not White himself. Yesterday DC Jeff Ulbrich spoke about being impressed by White all season long, even when White was working with the scout team. On top of that, Joe Benigno spoke on the Tiki and Tierney podcast in early September mentioning that the Jets could very well be afraid that White is better than Wilson, they and likely didn’t want to stir up a quarterback controversy that early in the season. Whatever the case may be, I’m hoping to see a longer leash for White than what he received last season. Let’s hope that leads to wins for the Jets going forward. With that, here are your links to the team to start your morning.

Jack Bell – Jets’ Tyler Conklin: ‘It Will Be Nostalgic to Go Back’

Jack Bell – Jets QB Mike White: You Have to Take What the Vikings Give You