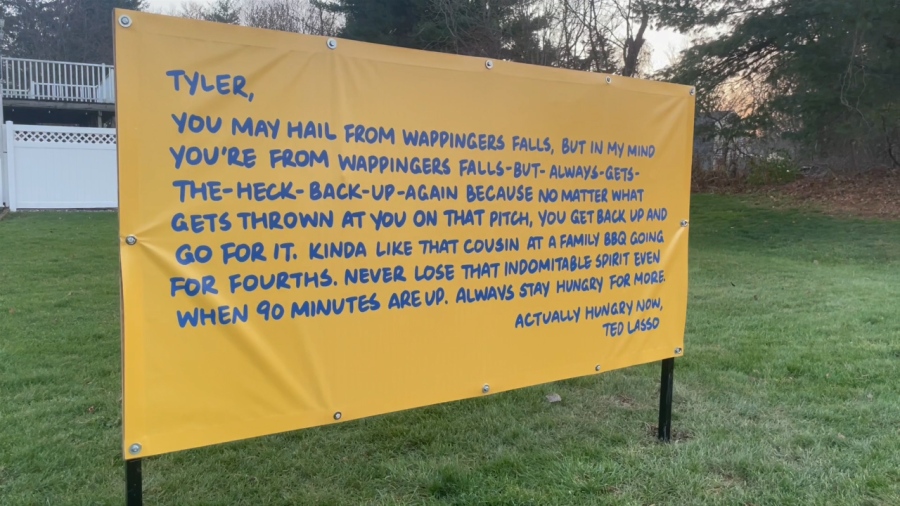 WAPPINGERS FALLS, N.Y. (NEWS10) – If there’s one community that *believes* in Tyler Adams, the captain of the U.S. men’s national soccer team, it’s his hometown of Wappingers Falls. The hit Apple TV+ show, Ted Lasso, placed motivational letters from the fictional soccer coach in the hometowns of players ahead of the 2022 FIFA World Cup.

Tyler Adams is a 2017 graduate from Roy C. Ketcham High School. He is the youngest captain in USMNT history.


Saugerties native takes the stage in Hairspray at Proctors

Tyler’s billboard from Ted Lasso is conveniently located across the street from his alma mater, Roy C. Ketcham High School. In the front lawn, their own billboard in support of #4.

The school is located on 99 Myers Corners Road in Wappingers Falls. The billboard from Ted Lasso can be found directly across the street – you can’t miss it.

San Francisco will allow police to deploy robots that kill

‘Every city in this country should be concerned’: Yuma mayor