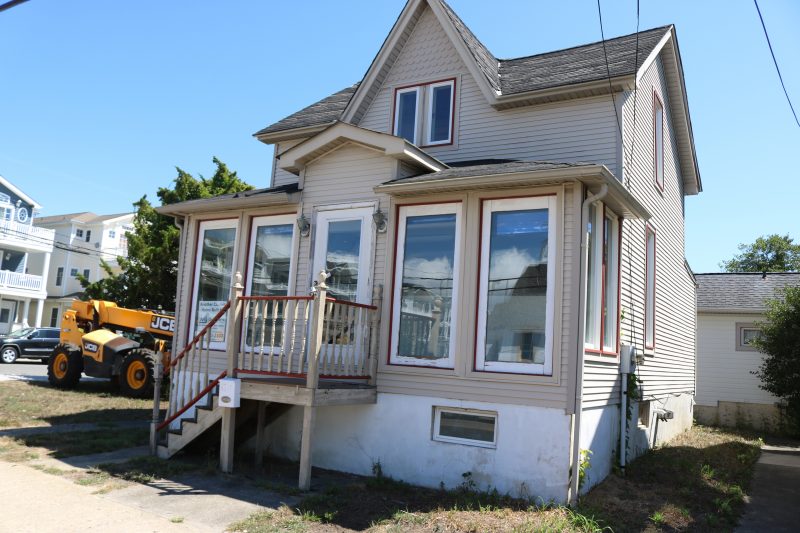 Sea Isle City’s Planning Board has given approval for a 122-year-old house in Townsends Inlet to be replaced with a mixed-use project combining commercial and residential space in the same building.

In recent years, the modest two-story home at 8505 Landis Ave. has been the focus of a series of redevelopment plans. Online real estate records indicate the home was built in 1900.

Consideration has been given to possibly renovating the house to save it, tearing it down to build a new home or redeveloping the property for a mixed-use project. Ultimately, the developer decided to go with a mixed-use project, but has been tweaking the plans.

At a meeting Monday night, the planning board granted approval to the developer, ENR Investments LLC of Swainton, for the mixed-use project.

ENR’s principal is Brian O’Neill, a local developer who has teamed up with his father, Michael O’Neill, in MJ Builders & Development Group, a Sea Isle-based company that specializes in residential construction.

As recently as August, ENR Investments had filed an application with the planning board for a project that would have included commercial space on the first floor and one residential unit occupying the second and third stories. The second and third stories were supposed to serve as the “O’Neill residence,” according to the architectural renderings.

But the latest plans filed by ENR Investments with the planning board in September indicate that commercial space will now occupy the first two floors and that a residential unit would occupy only the third story.

Architectural drawings submitted for the project say that the old home will be demolished to make way for redevelopment of the property. ENR Investments has not yet announced when the house will be torn down and construction will start on the new project.

Located in Sea Isle’s Townsends Inlet section, the house served as a private residence for more than 90 years after it was built in 1900. It was converted into an office for the former T.I. Realty company in 1992, but has remained vacant in recent years other than a construction company using it as a small office and storage space.

ENR’s project to replace the old house with a project combining commercial and residential space represents the type of development that has become popular in Sea Isle ever since the city changed its zoning laws in 2008 to encourage mixed-use construction.

In recent years, a number of old homes have been demolished to make way for mixed-use projects, which usually include restaurants or retail shops on the first floor and condos on the top two stories.

The planning board voted in September to approve two other mixed-use projects proposed within a block of each other in the heart of Sea Isle’s downtown business district – one at 4118 Landis Ave. and the other at 30 42nd Street.

Wednesday’s Headlines: It Gets Cold in December Edition