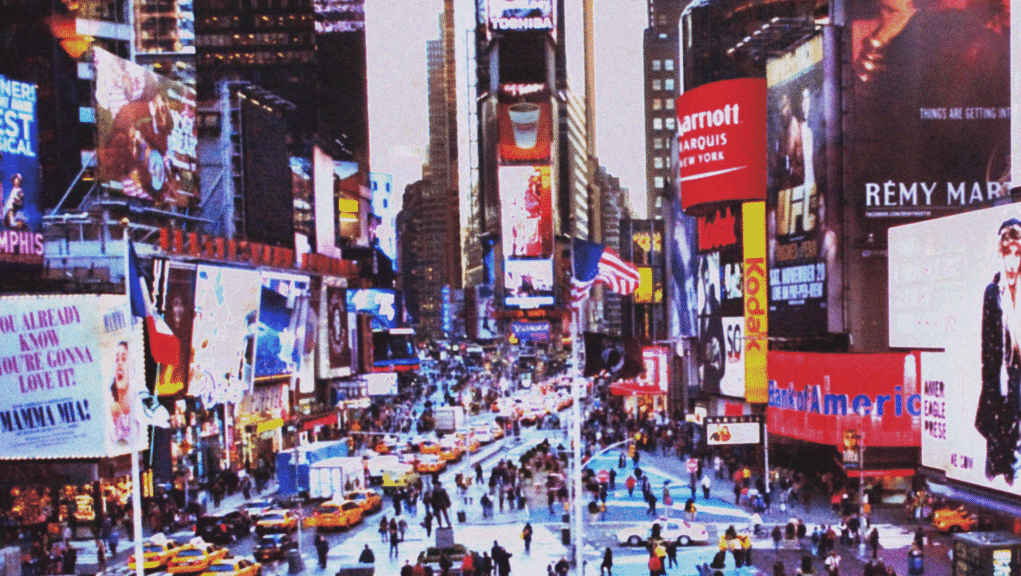 On the Sidewalks of New York is a weekly feature at Human Events wherein Jacqueline Toboroff, a native New Yorker, will share her observations and candid commentary on the goings-on in our nation’s largest city. Wherever you live, and whatever you feel, there is no escaping the fact that New York City matters.

Here we go again, moms and dads. Heading into COVID year three in New York City having learned nothing.

Incoherent Mayor Adams took to the stage, grabbed hold of the podium and garbled, “We’re meeting, we’re discussing, we’re coming up with the best way to do it”, regarding mandating vaccines for kids under five years old. “We want to do it in a way that is thoughtful”, meaning G-d knows what, “but Dr [inaudible, sounds like Fassan, no credentials offered] is flushing through and we want to notify parents as early as possible so that they can be prepared and within the next few weeks we’ll know exactly how we’re going to move.”

It’s July. School starts at the beginning of September. Less than two months is hardly enough time to make a life altering decision; to quit one’s job and either relocate with the family or homeschool toddlers.

Adams goes on to say, “We’re hoping parents are going to see the full benefits of the vaccine.” Regarding the “full benefits’, we’ve seen them; they’re not full and they’re not benefits. Almost everyone not living under a rock now knows the “vaccine”, which isn’t a vaccine, neither prevents catching nor spreading COVID.  Full stop.  Parents also know that babies, toddlers, and children are at next to zero risk of dying or getting seriously ill from COVID. Full stop. We’ve had enough of the charade and are finished with the lies.

There are approximately 73 million children in the United States. Less than 4,500 people under the age of 18 were hospitalized in America with confirmed or suspected cases of COVID. If one does the math, that’s .0006% of children hospitalized with COVID.  There is zero official data specifying how many of these hospitalized children were in “serious condition.” Translation, the condition likely wasn’t serious or mainstream media would be singing the news from every rooftop.

We should be thrilled COVID is neither fatal nor dangerous to almost all kids. But the Left isn’t and refuses to let it go because it’s become an existential item in their toolkit.

Struggling to communicate, Adams says, “We’re a society where vaccines have played a major role in preventing the spread of these viruses and diseases.” Again, the COVID “vaccine” has not prevented the spread.  Adams’ “goal is to educate parents as much as possible.” His next goal is “to put money in a public relation campaign.” This is misinformation padding another financial boondoggle.  He doesn’t mention the amount of taxpayers’ money funding the pr stunt to gaslight parents which can only be based on lies and packed with fear porn. The kicker; “to really get parents a part of this team.”

What team? We have been excluded and violated since day one.

Dr (inaudible) added, “We’re here to build confidence amongst parents.” He admits, “products” (the COVID “vaccine”?) aren’t licensed by the FDA. Oh, sure, that’s confidence building. In the next breath, Dr (inaudible) says this “builds a lot of confidence in our student required vaccines.” You can’t make this up or even understand what on earth they’re talking about, oscillating between it being required and not, FDA approved or not, and up to the parents or not.  Dr (inaudible) comforts us with, “most of our student required vaccines are licensed by the FDA.”  Wait, what are schools mandating that haven’t been FDA approved?

Adams concedes mandating the COVID “vaccine” will tank public school enrollment that has already been steadily declining because of mandates and curriculum, or lack thereof.  This brings up two issues. One, if something is deadly, everything else is an afterthought. The truth is, COVID isn’t deadly to 99.999% of babies, toddlers, and kids. Two, being that our local leaders know it isn’t deadly, why are they entertaining another drastic hit to schools and the economy which will result in tax paying families fleeing in droves?

Since the “vaccine” became available to 5-year-olds and up, almost all private New York City schools mandated it, giving two exemptions; medical or religious. Getting either was Herculean. Regarding the medical, doctors faced tremendous peer pressure and were loath to go against the local Left government, the CDC, and the WHO. If medical or a religious exemption was ascertained, life was made as challenging as possible in an effort to make parents give up. Punishments included mandatory exclusion from gym and after school clubs, gratuitous testing on a weekly basis that was time consuming and expensive, and random pool testing. Kids were segregated. The consequences were private school enrollment bled as families fled that refused to comply.

To onlookers, the virus was classist; different protocols for private school versus public school children and families living in the same zip-codes.

Now, post the endemic phase (we’re in the, no one cares phase) Adams resurrects COVID.  The disease now has public school students in its sight.

The Minority Leader of New York City Council, Joe Borelli, asked the right question; will we still need 75,000 teachers after the anticipated exodus of families uprooting to the suburbs, private, and charter schools?  Moreover, will New York City still get the astronomical injections of taxpayers’ cash that go to public school if enrollment nosedives?

The Left continues to go to war against parents and children.  Based on the outmigration numbers, repetition of these mandates is quantifiably the Einstein definition of insanity. If you watched this presser or a replay of it, one is left with absolutely zero information.  Dr (inaudible) could be anybody.  Even Fauci, who may have ruined a generation or two, had credentials up the gazook.  Who is this Dr?

He thought he ordered a book by a Black financial adviser....