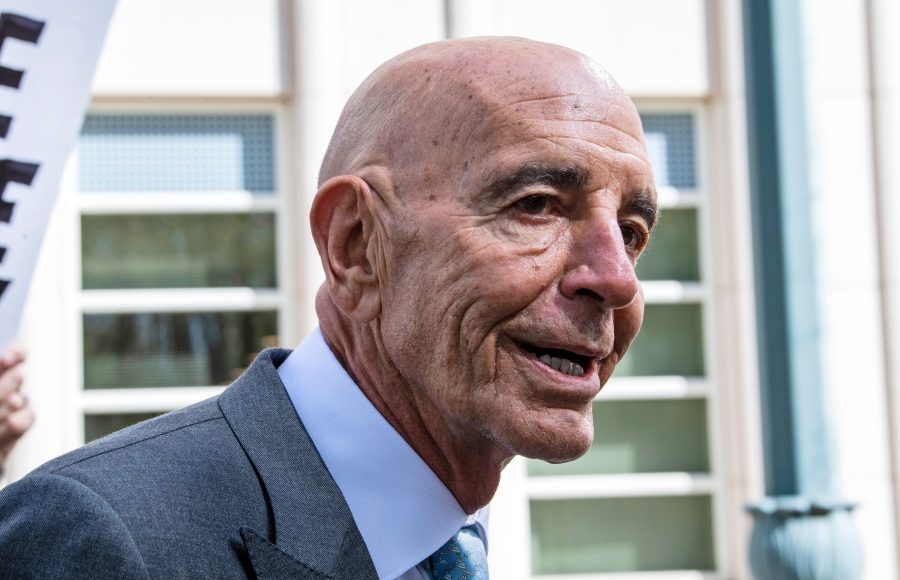 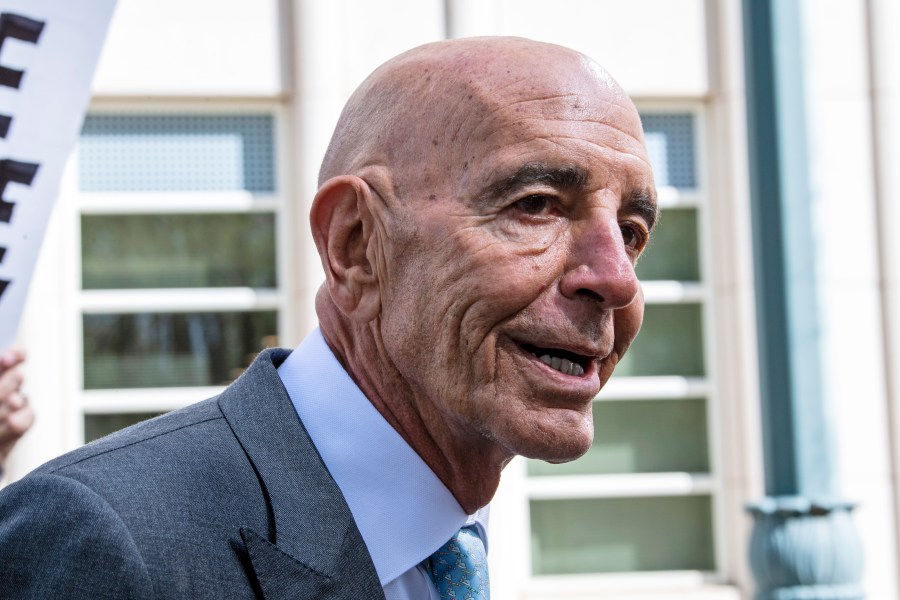 NEW YORK (AP) — When Donald Trump sought the presidency in 2016, a California billionaire named Tom Barrack made sure to get in the mix.

The pair had been close friends for decades before Barrack emerged as an informal campaign advisor. He later became the chair of Trump’s inaugural committee.

The problem, federal prosecutors say, is that Barrack was also secretly working at the same time as an agent for the United Arab Emirates, an energy-rich U.S. ally. The allegation has landed the defendant in federal court in Brooklyn. The trial is expected to illuminate his relationship with Trump, and how Barrack sought to leverage that relationship to protect the interests of, and feed intelligence to, the UAE.

Before being indicted, Barrack drew attention by raising $107 million for Trump’s inaugural celebration following the 2016 election. The event was scrutinized both for its lavish spending and for attracting foreign officials and businesspeople looking to lobby the new administration.

The judge has asked potential jurors who expressed anti-Trump sentiments if they could set them aside and remain neutral. Some were dismissed when they said they couldn’t.

During his questioning, the judge told prospective jurors that they may be hearing testimony from former Trump administration officials, and maybe even Trump himself.

The 75-year-old Barrack — who was arrested last year and released on $250 million bail — has pleaded not guilty to charges accusing him of acting as an unregistered agent of a foreign government, obstruction of justice and making false statements.

The Los Angeles-based private equity manager was a key figure in UAE investments in a tech fund and real estate totaling $374 million. Prosecutors say that while he was nurturing those business deals, Barrack helped UAE leaders influence Trump during his campaign for president and after he was elected.

Those efforts included drafting a speech for Trump that praised a member of the country’s royal family, passing information back to the Emiratis about how senior U.S. officials felt about a boycott of Qatar, and promising to advance the interests of the UAE if he were appointed as an ambassador or envoy to the Middle East.

Such an appointment “would give ABU DHABI more power!” Barrack wrote in one message obtained by federal prosecutors, referring to the capital of UAE, which commands tens of billions of dollars in wealth funds from its oil and gas deposits.

The U.S. government is seeking to present evidence at trial that Barrack was in close communication with the UAE’s director of national intelligence, Ali al-Shamsi.

“Al Shamsi was one of the most important UAE government officials that the defendants communicated with as part of the charged scheme, particularly given his senior role in UAE intelligence operations, and testimony regarding his role and responsibilities is central to this case,” prosecutors wrote in court papers.

The defense has sought to exclude evidence of Barrack’s lavish lifestyle, arguing in court papers that it would invite the jury to convict Barrack “based on improper emotional appeals and creates a substantial risk of class bias.”

Barrack has denied any wrongdoing. His lawyers said his contacts with the Emirates were not a secret and had been disclosed to Trump’s campaign and administration. He told reporters as he left the courthouse on Tuesday that watching the jury selection process gave him faith he will be cleared.

“It’s an amazing system,” he said.