Teachbytes
Home Politics Paedophiles could be given ANONYMITY by law until they’re charged under new... 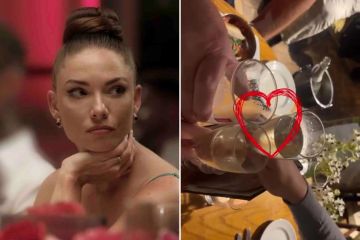 SUSPECTED criminals including paedophiles could be given legal anonymity until charged under plans being considered by ministers.

Home Secretary Suella Braverman is looking at current rules in one of her first moves in her new job.

But under the plans, high-profile individuals such as TV’s Rolf Harris and Stuart Hall would have been protected from being identified, preventing more of their victims from coming forward to police.

Ms Braverman’s comments came at a meeting for Young Conservatives activists yesterday at the party’s annual conference in Birmingham.

She said: “I think that we’ve had some high-profile instances where the media circus around a suspect — who has not been charged — can be and has been devastating.

“I think we do have to look at this issue.”

Harris, 92, was jailed for five years and nine months in 2014 after being found guilty of 12 indecent assaults involving four victims.

Hall, also 92, was jailed for 15 months in 2013 for indecently assaulting 13 girls. His sentence was later doubled.

But Sir Cliff Richard, 81, and DJ Paul Gambaccini, 73 — both falsely accused of historical sex offences and never charged — have campaigned for protection for individuals until formally charged by police.

Mark Stephens, of Howard Kennedy law firm warned any change must not create “a chilling effect where everyone is scared to report and come forward”.


Gemma Collins shows off her shrinking figure in a pink swimsuit

“Victims’ charities are strongly against blanket restrictions as it can make it harder to get other victims to come forward in cases where there are serial offenders and harder to get justice as a result.”

Sri Lanka: Why a Feudal Culture & Absence of Meritocracy Bankrupted...