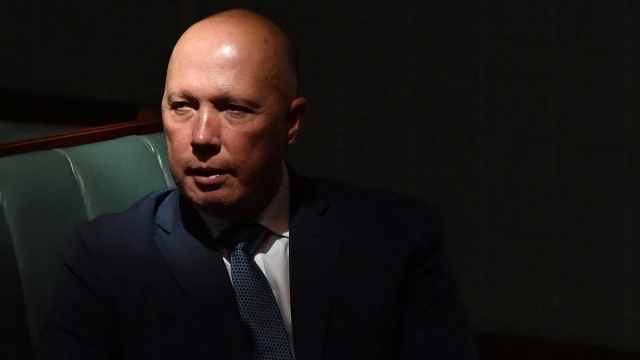 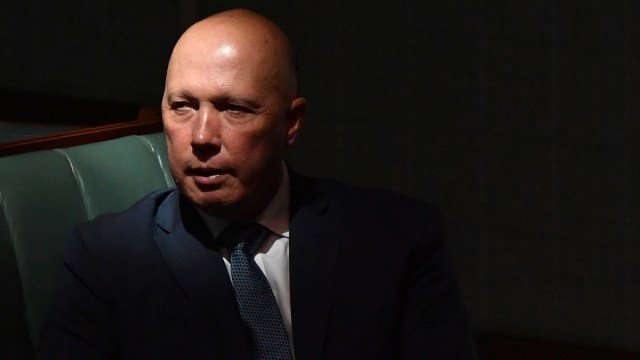 A new policy vision from the Albanese government is too narrow and too focused on beating up Peter Dutton, a top expert on national security has said.

Government minister Clare O’Neil outlined her vision for the department responsible for much of federal national security policy across what is known as the department of Home Affairs on Thursday at the National Press Club.

The speech was woven around policies to “punch back” on foreign hackers and fend off threats to the integrity of national elections.

The speech set a goal of making Australia “the most cyber secure nation” in the world – a job given to a taskforce that included former Telstra boss Andy Penn.

But the head of national security studies at ANU John Blaxland, who earlier praised the way in which the government’s changed tone has helped in foreign policy, says too much criticism of her predecessor reflected a speech not focused enough on the future and a key challenge in security.

“It’s water under the bridge.

“A cynic might say this is all about making sure Peter Dutton is not electable next time around.

“That’s a worry for two-and-a-half years time and it’s not (a) likely (outcome) anyway.

“But while it’s easy to poke fun at Peter Dutton, it’s missing the point. We need to be more ambitious.

“Be more visionary is my view; be more adventurous and be more farsighted,” Professor Blaxland said.

Home Affairs was reformed five years ago and is responsible for policy on disaster response, cyber security and immigration. It has previously been a catch-all for a wide range of federal functions.

Mr Dutton was its founding minister and his focus included controversial issues such as the alleged prominence of African gangs in Melbourne.

Ms O’Neil describes his policy platform – outlined in a speech in 2018 to the press club – as having a “sprinkling of moral panic”.

Legitimate issues of concern such as foreign cyber threats had been too politicised under the Coalition, Ms O’Neil said, and a “frankly xenophobic” tendency had not been in Australia’s security interest.

“We should never confuse fighting words with resolve and the commitment and ability to deliver,” she said.

Mr Dutton’s office did not return a request for comment in response to the criticisms made in the speech.

Some of these criticisms, Professor Blaxland said, were on solid foundation, such as a critique of Coalition immigration policy.

“Why is it in this day and age with artificial intelligence and automated systems, we were happy to have Robodebt, but we weren’t hyper happy to have robo visas?” he said.

But he said Ms O’Neil’s speech failed to address what was a key theme: The many diverse threats to modern national security, such as the environment.

To do so, he argues, would have needed the federal government to admit to its own growing irrelevance.

“The state and territories have responsibility for responding to most of the climate challenges in the immediate term: The floods, the fires, the pestilence,” he said.

Natural disasters, he said, were now overstretching federal departments such as Defence and Home Affairs despite being the responsibility of states.

And divided responses means each state had its own government body on cyber security working without a major benefit of Australia’s alliances: international intelligence reports from allies.

“We’ve got a firewall between the federal government agencies with their security clearances and state governments and their entities which are outside of the club,” he said.

Reforming of federal-state elections has previously been a point of major contention for Kevin Rudd’s government during its changes to hospital funding.

“There’s an understandable weariness of the crash-through approach with a proposal that’s too grand for the political zeitgeist,” he said.

“And I think there’s a broad recognition that when it comes to climate change, the [old] model is not working,” Professor Blaxland said.

“But my sense is Australians are prepared to do more.”

Professor Jeffrey Foster from Macquarie University said the Coalition agenda on cyber security had looked dated by the time it lost the election.

“The Liberal Party in office … it was [focused on] cyber bullying; it was illegal, illicit online content, such as revenge pornography,” he said.

“That’s where a lot of that focus in the public eye had been and so they developed those areas, but [the focus] has shifted but the Morrison government didn’t shift with it,” Professor Foster said.

The Coalition established the Australian Cyber Security Centre, the agency credited with detecting the Medibank hack.

He said the future direction of new efforts on “disruption” of cyber attacks was a policy area still being outlined.

5 things to know this Tuesday, January 3

Over a foot of snow in Tannersville

How to Wear a Silk Slip Dress Through Fall