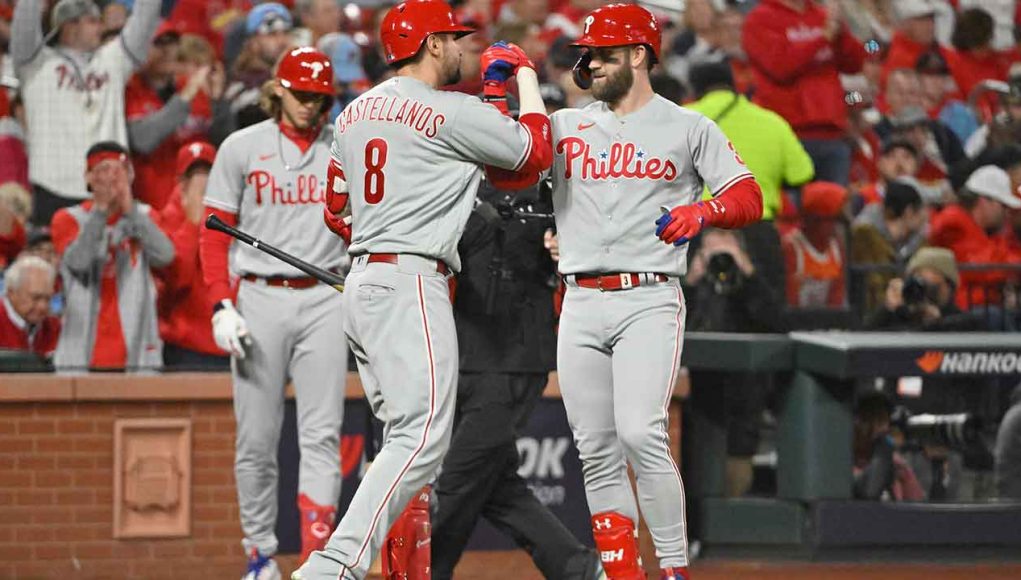 The Phillies are headed to Atlanta after dispatching the Cardinals with wins in two intense road games in the span of 36 hours.

The Phils ended the regular season with an 11-game road trip so they haven’t been home since September 25, more than two weeks ago. But by winning their wild-card series in St. Louis, the Phillies guarantee they’ll play at least one home playoff game at Citizens Bank Park.

The NLDS is a best-of-five series. Games 1 and 2 will be in Atlanta and Game 3 in Philadelphia. If necessary, Game 4 would be in Philly and Game 5 back in Atlanta.

Times for Games 3-5 are TBD. The first two games will air on FOX.

The Phillies will start left-hander Ranger Suarez in Game 1. Zack Wheeler can start Game 2 on regular rest and Aaron Nola can start Game 3 on an extra day of rest, though nothing has been officially announced.

“I think just having the starting pitching we do, down the stretch they threw the ball great,” Bryce Harper said on the field after the Phillies advanced. “We’ve got Ranger going in Game 1 and we’re excited about it. What a great group of guys we’ve got. We’re excited to keep this thing going and head into the next round.”

The status of rookie Spencer Strider, who dominated the Phillies (and pretty much everyone else) this season with a 2.67 ERA and 202 strikeouts in 131⅔ innings, is up in the air. He has not pitched since September 18 because of an oblique issue. If he does start in the NLDS, it would be an abbreviated outing. The Braves could also opt to use him in relief.

The Phils went 8-11 this season against the Braves, the reigning World Series champions. The prior three seasons — all years Atlanta won the division — the teams were 24-24 against one another.

In Dakar, African Art Speaks in All Its Voices