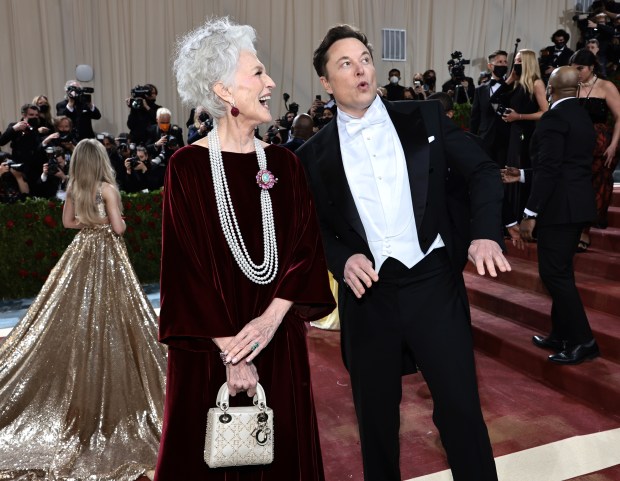 Among the fashionistas at Monday night’s Met Gala roamed Elon Musk and his surprise date: his mother.

The Tesla CEO mugged for the paparazzi, to the amusement of his mother. She is no stranger to the camera herself: Her long modeling career included signing to represent the cosmetic line Cover Girl at age 69.

Elon Musk’s outfit was more traditional than at his previous Met Gala outing, in 2018. At that one, he wore a priestly get-up with a white jacket bearing the phrase “novus ordo seclorum” (roughly, “new world order”) on its back. He and the musician Grimes — glass corset, Vantablack crown — made their public debut as a couple at the event. Four years later, they have two children together; their on-again, off-again partnership is reportedly in the off phase.

The gala is a fundraising event for the Metropolitan Museum of Art in New York. Click here for photos of 16 looks that had people talking, including the dress for which Kim Kardashian lost 16 pounds.

Levi’s serves up classic monsters with a twist for Halloween