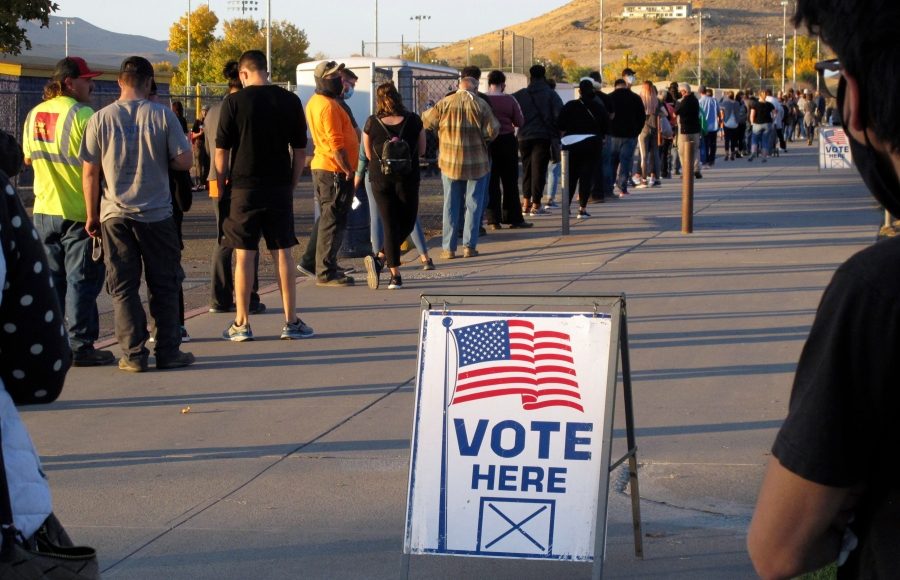 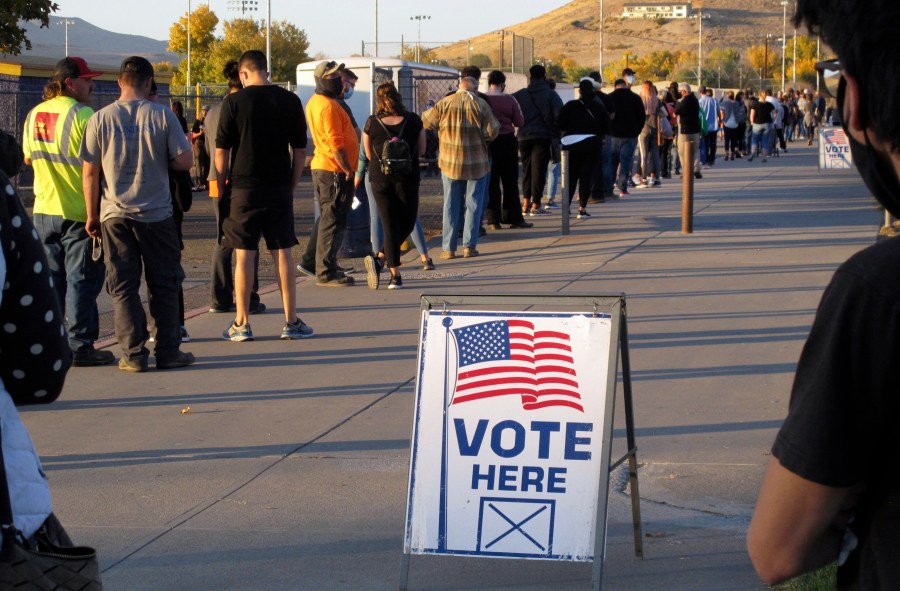 (NewsNation) — With just two weeks to the midterms, momentum has been shifting in the polls in the Republicans’ direction in key battleground races across the country.

According to FiveThirtyEight Politics, Democrats now have a 55% chance to keep the Senate, down from 71% last month.

And Republicans have an 80% chance to win back the House, up from 68% last month.

One of the key reasons momentum seems to be shifting Republicans’ way is the economy.

While the economy, inflation and crime have been Republicans’ top issues on the campaign trail, Democrats have largely focused on abortion rights, threats to democracy, and their record passing
major legislation this summer.

And while it worked for a while, Democrats’ summer momentum seems to be slipping.

Even Democratic Speaker of the House Nancy Pelosi, while still confident Democrats will do well in the midterms, concedes they may be losing the messaging war on the economy.


Biden jokes about his age ahead of elections

“Inflation is there but it’s global and not as bad as it is in some countries,” Pelosi said. We’ll have to message it better in the next three weeks ahead.”

Over the summer, a small handful of Democrats did warn their party shouldn’t go all in on the abortion issue. Once the supreme court overturned Roe v. Wade.

They felt it was important to talk about but that it had to come along with a Democratic case on why they’re better on the economy. In many cases that didn’t happen.

Republicans on the other hand continue to make their case on the economy and inflation.

Heavyweights on the Campaign Trail

Former presidents Barack Obama and Donald Trump are stumping for candidates in their parties.

Trump has been holding rallies throughout the summer and Obama is just now jumping in.

Last night Trump made yet another strong suggestion that he is going to run again in 2024.

“I ran twice. I won twice,” he said. ‘I did much better the second time than I did before. And now in order to make our country successful, safe and glorious again, I will probably have to do it again.”

How Joe Biden and his team decided to kill the world’s...

Trump Team Does Damage Control After He Dines With Ye and...