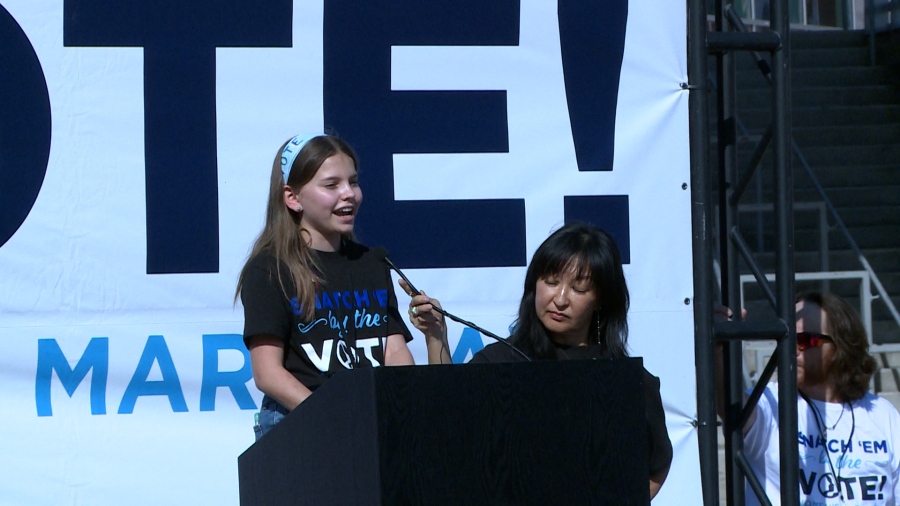 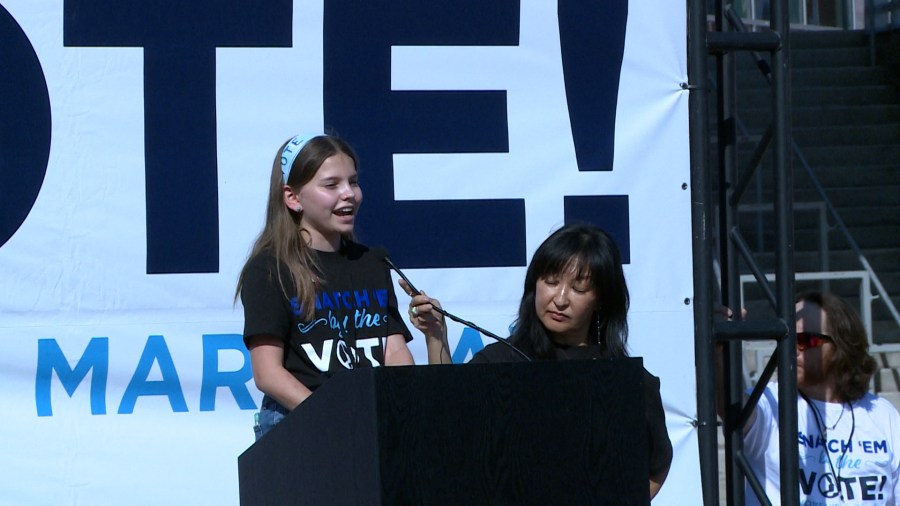 AUSTIN (KXAN) — In the wake of the US Supreme Court’s decision to overturn Roe v. Wade, roughly 100 people went to the Long Center Saturday morning to listen to pro-abortion rights activists ahead of the 2022 midterms election in a few weeks.

Paxton Smith was the 19-year-old activist who made headlines last year when she spoke out against Senate Bill 8 in her valedictorian speech.

This gathering was one of the many “Women’s Wave” events held across the country. Their aim: to elect more women and pro-abortion rights candidates in elections around the US.

“You may be wondering why a 13-year-old is asking you to vote when she can’t even vote herself. That is because our youth is largely at stake in this upcoming election,” said a leader of a youth committee for the National Organization for Women at the rally. “Greg Abbott has banned abortions in the State of Texas. He made no exceptions for rape or incest. I am terrified that if I were to be raped, I would be forced to give birth at an unsafe age.”

Greg Abbott said last month that if someone is a victim of rape, they would be able to access emergency contraception pills such as Plan B.

While pro-abortion rights activists delivered their platform, anti-abortion activists gathered at the back of the crowd and chanted a message of their own.

“We will abolish abortion. We are a post-roe nation,” the anti-abortion activists chanted.

Tensions rose as the opposing sides confronted each other and shouted their perspectives back and forth. Security guards and police officers wedged themselves between the groups to create space while emotions were rising.

“My body, my choice,” the pro-abortion said in response.

Regardless of side, it is clear that both groups would likely agree on one thing: voting in November.

Video shows an adult at a Mississippi daycare wearing a mask...