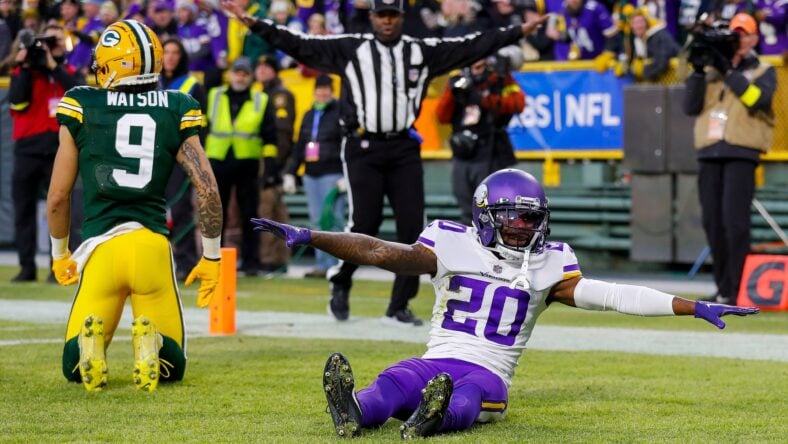 VikingsTerritory’s Purple Rumor Mill is a two-day chronicle each week. All the week’s rumors are lassoed and plopped in two spots — articles on Saturday and Sunday — for review. Today is the January 15th edition.

Rumor: Duke Shelley has played his way into a starting CB job in 2023.

Duke Shelley was the NFL’s seventh-best cornerback in 2022, per Pro Football Focus. He’s only under contract through the end of the playoffs but would probably rejoin the organization if approached by the Vikings.

And the Vikings should lock him up long-term. Why? Well, the Chicago Bears tried to utilize Shelley as a slot corner — probably because of his size — but Shelley is a self-professed outside CB. The Vikings use him correctly, and the Bears did not.

Too, Shelley likely won’t be crazy expensive, so he should be considered a frontrunner to start at cornerback for the 2023 Vikings.

Rumor: Kevin O’Connell can become the first Vikings head coach in his first year with the team to win a playoff game.

Dennis Green reached the postseason in 1992 and lost to the Washington Commanders 24-7 at the Metrodome. In 1987, Jerry Burns’ Vikings won his first playoff game as head coach, but he was in his second season with the franchise.

So, yes, with a win on Sunday, O’Connell would become the first Vikings coach ever to win a postseason game as a rookie head coach.

He just has to win the thing now.

Rumor: Several treasured Vikings veterans could be playing their last home game tomorrow for the Vikings.

This is a painful — and inevitable — reality.

The 2023 Vikings will be minus various veterans fans have grown to know and love. This could involve a combination of Dalvin Cook, Adam Thielen, Eric Kendricks, Alexander Mattison, Irv Smith, and Dalvin Tomlinson. Not all of those men will depart, but the ones with fat contracts will be evaluated.

If the Vikings win over the New York Giants, they’ll head to San Francisco next weekend.

It’s a reality of the business, and because the Vikings have won so many games and the sky feels like the limit for the postseason, not many fans have stopped to ponder next year. But the team will look markedly different, including veteran leadership.

5 things to know this Monday, November 7