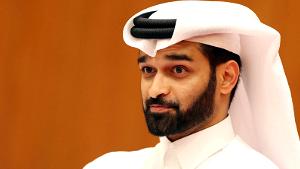 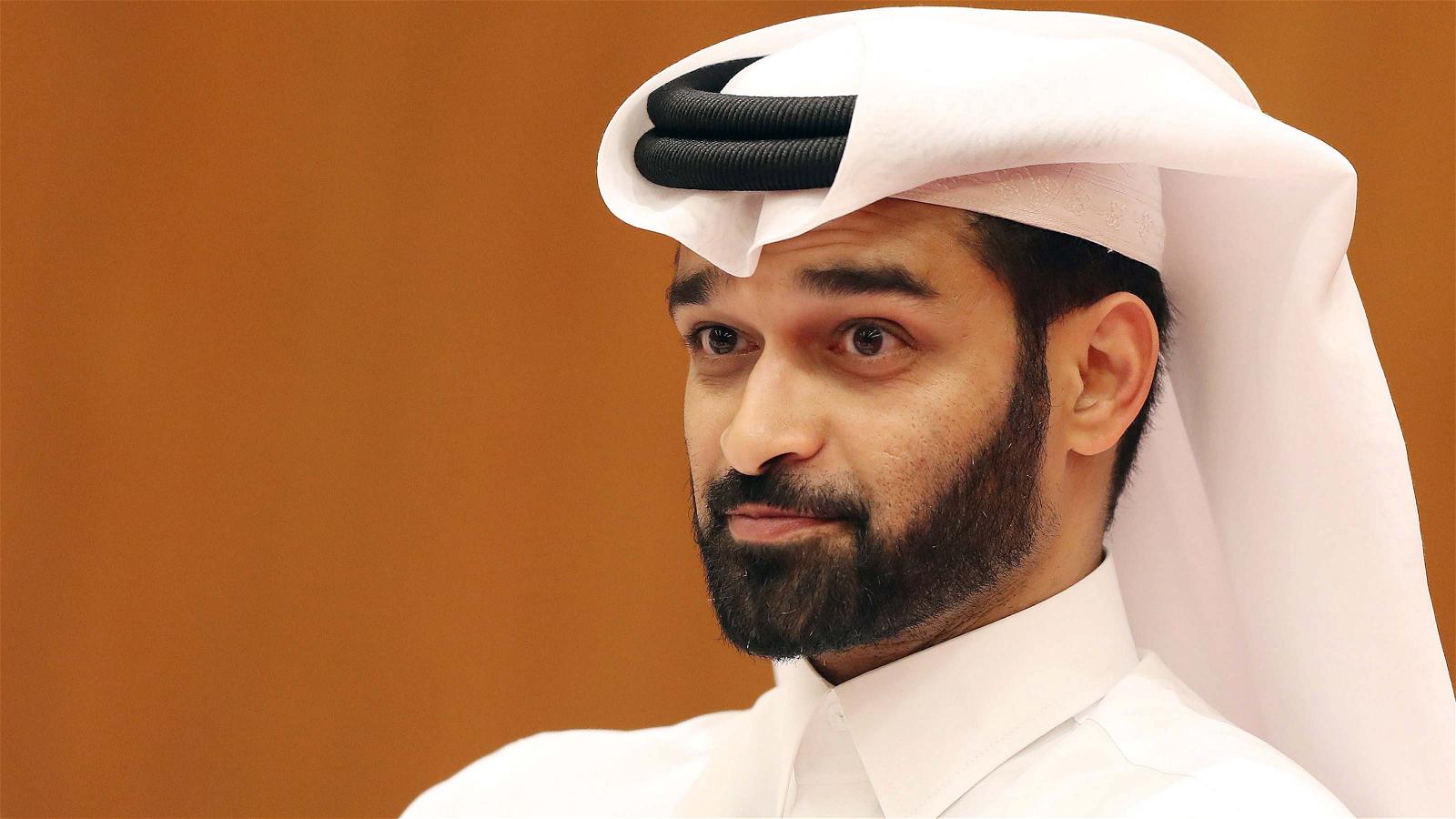 Seventeen countries have hosted the FIFA World Cup since its inception in 1930.

These countries include Brazil, France, Italy, Germany, and Mexico who have each hosted twice, while Uruguay, Switzerland, Sweden, Chile, England, Argentina, Spain, the United States, Japan and South Korea (jointly), South Africa, and Russia have each hosted once.

A cursory look at the host nations will show that Europe and South America have hosted the tournament more than any other continent. In 2010, the world football governing body, FIFA voted to award the hosting rights of the 2022 World Cup to Qatar. The country would become the first in the Middle East to host the world’s biggest sporting event, beating stiff competition from the United States and Australia.

The decision, a major development in the history of world football, was not only viewed as a radical one but also capable of changing the narrative in global sports.

Qatar is not the most powerful country in the Arabian Peninsula, but that has not taken anything away from the country’s enthralling peculiarities. Qatar is rich and has one of the highest per capita income in the world. But the vote for Qatar was not all about its riches.

Those who voted for Qatar justified it for political and footballing reasons: giving the World Cup to the Arab world for the first time. It was a political decision and the vagaries of the organization were less essential in the eyes of Qatari supporters. Above all, the World Cup being the highest level of competition in football, a game that is played all over the world, provides every part of the global football family a sense of belonging and inclusiveness.

Therefore, awarding the hosting rights to Qatar was a practical demonstration of the universality of football and a push to further the frontiers for the development of the game to all parts of the world, particularly in disadvantaged parts of the world. Furthermore, taking the World Cup around the world will encourage global tourism and economic integration among nations of the world.

Since Qatar’s successful bid, a flurry of corruption allegations and claims of Qatar “buying the World Cup” have surfaced while the country’s treatment of migrant workers has also been in the spotlight. In November 2014, Judge Hans-Joachim Eckert released a 42-page summary of the Michael Garcia Report, clearing Russia and Qatar of any wrongdoing and allowing both countries to stage the tournaments, even as Garcia, the man who conducted the investigations declared the report “materially incomplete and erroneous”.

Qatar’s line of authority favoured FIFA. The world football governing body requires government approval for countries to win hosting rights of its tournaments. With direct access to the monarchy in Qatar, there were no bureaucratic red tapes. During a discussion between the Emir and former FIFA President Sepp Blatter in 2008, the Qatari sovereign said: “It would be nice if the Arab world could have a World Cup and Qatar could be a candidate. And, in this case, the Emir asked Blatter if it would make sense or if it was incongruous. The emirate had just applied for the Olympic Games and the World Athletics Championships.”

Jérôme Valcke, former Secretary General of FIFA recalled, ”We said to ourselves ‘Qatar has so much money, let’s take advantage of it” In an interview with Le Monde’s Rémi Dupré, he discussed at length the designation, in 2010, of the emirate as host country of the 2022 World Cup and the suspicions of corruption that weighed on this attribution.”

But the weather, too, was well taken care of by the Qatari bidding committee which transformed to The Supreme Committee for Delivery & Legacy, as Valcke explained further: “I was for England for 2018 and the United States for 2022, rather than for Russia and Qatar. With the economic situation of 2010, I knew that brands were more interested in the England-United States tandem than in countries stamped “outside football”. I was very surprised to see that Qatar was close to passing to a voice of victory in the first round. But when you see how it sold its organization: removable and air-conditioned stadiums, new… Qatar left with a winning approach. It was a vital candidacy for the emirate. They had winning arguments compared to other countries.”

Continuing, Valcke said, “Once the 2009 withdrawal attempt failed, Qatar’s candidacy was freewheeling. I was known to be against Qatar. After their victory, I went to see the Emir’s son and his brother and told them: “I was against it, but now it’s my job that the World Cup, FIFA’s main source of income, is a success. I’m paid for it. It is my responsibility. I gave them my word that I would not go against them.”

LABOUR REFORMS AND WORKERS’ RIGHTS: The country has also taken seriously criticisms of harsh labour laws and workers’ welfare and rights. Positive reports by the International Labour Organisation, trade union bodies and human rights organisations give credence to efforts in that direction.

Most critics of Qatar hosting the World Cup seem to have soft pedaled. The chief of Norway’s football federation has appeared to change her position on the FIFA World Cup 2022 after months of scathing criticism of Qatar, though the footballing official says more needs to be done.

Lise Klaveness, pointed towards “impressive” work by FIFA and the World Cup organising body to address concerns on welfare issues in the Gulf state, in comments made during public parliamentary hearing on the protection of workers’ rights in Qatar, organised by the Parliamentary Assembly of the Council of Europe in Strasbourg.

“Human rights like football require doing goals; cannot be scored without energy movement, cooperation, action on the pitch and the issues of workers rights and Qatar is an apt example,” head of Norway Football Federation, Klaveness said.

“My fellow panelists here today have made a great contribution to the impressive list of legal reforms in FIFA and labour reforms in Qatar and it’s not easy,” she said, pointing towards efforts to address workers welfare by the Supreme Committee for Delivery & Legacy.

INFRASTRUCTURE: More than any other host country before it, The Supreme Committee for Delivery & Legacy (SC) is well ahead of time in the implementation of host country operations for the FIFA World Cup Qatar 2022. In terms of infrastructure, the Committee has delivered well ahead of the commencement of the tournament.

The first stadium, one of the most prominent grounds to host the World Cup tournament, was declared and certified ready in 2017. This was followed with the opening of the first metro service to the public in Qatar’s capital, Doha on May 16, 2019

The Al Janoub Stadium was inaugurated in October 2019. It is the first Qatar 2022 tournament venue to be built from scratch.

Education City Stadium which will host matches up to and including the quarter-final stage during Qatar 2022 was inaugurated in December 2020 and in 2021 the Al Rayyan Stadium, the fourth Qatar 2022 World Cup venue, was inaugurated.

Qatar inaugurated the fifth tournament venue, the Al Thumama Stadium on November 30, 2021, while the Ras Abu Aboud Stadium, also known as Stadium 974, has also been unveiled.

With the stage already set for Qatar 2022 FIFA World Cup to begin in few weeks from now, the world is about to witness the most sophisticated World Cup tournament ever. The Supreme Committee for Delivery & Legacy, as the committee responsible for the organisation of the tournament is called, is ready to challenge future host countries with a tournament that will be a departure from the past and a justification for those wise men that voted overwhelmingly for Qatar 2022.

Qatar plans a carnival of football, cultural displays, entertainment and music and the world can’t wait for the spectacle to begin. November 20 is it.