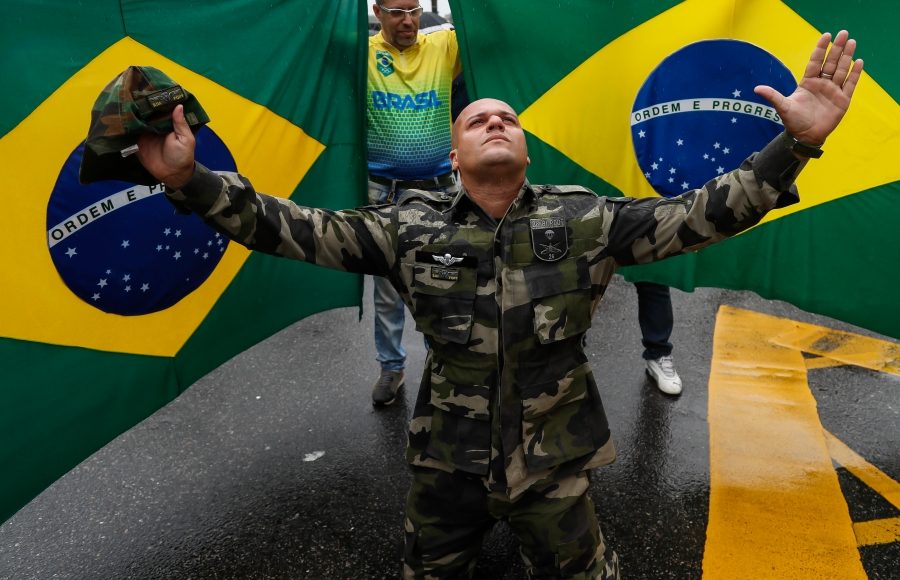 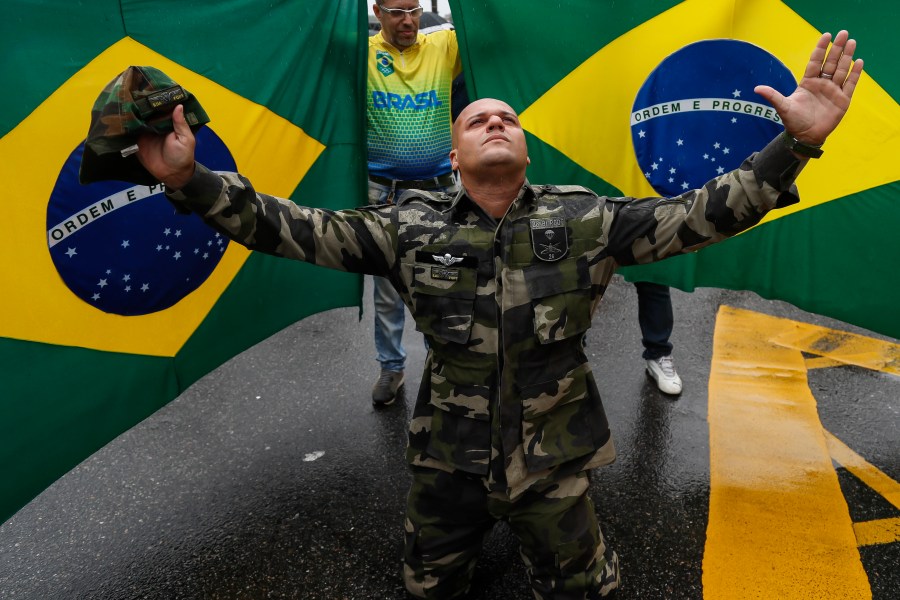 RIO DE JANEIRO (AP) — A much-awaited report from the Brazilian military highlighted flaws in the country’s electoral systems and proposed improvements, but it did not substantiate claims of fraud from some of President Jair Bolsonaro’s supporters, who continue to protest against his Oct. 30 defeat.

Many political analysts said Wednesday’s report should curtail any serious attempt to discredit the electoral process.

“This was a bucket of cold water for those who still dreamt that the report could escalate the crisis,” said Carlos Melo, a professor in political science at Insper University in Sao Paulo. “How can protestors talk of fraud if their own agent, which they see as a superior authority, says that there is no proof?”

Bolsonaro, whose less than two-point loss to Luiz Inácio Lula da Silva was the narrowest margin since Brazil’s 1985 return to democracy, hasn’t specifically cried foul since the election.

Still, his continued refusal to concede defeat or congratulate his opponent left ample room for supporters to draw their own conclusions. That followed more than a year of Bolsonaro repeatedly claiming Brazil’s electronic voting system is prone to fraud, without ever presenting any evidence.

And analysts noted that the armed forces, which have been a key component of Bolsonaro’s administration, appeared cautious not to displease the president as they maintained a semblance of uncertainty.

In a second statement Thursday, the Defense Ministry stressed that while it had not found any evidence of fraud in the vote counting, it could not exclude that possibility.

This is the first time the military has spoken on the runoff election, which has brought pro-Bolsonaro protests nationwide even as the transition has begun for da Silva’s inauguration Jan. 1. Thousands have been gathering outside military installations in Rio de Janeiro, Sao Paulo, Brasilia and other cities calling for intervention by the armed forces to keep Bolsonaro in office.

Many protesters had anticipated that the Defense Ministry’s report would bolster their campaign, but that didn’t happen.

“There is nothing astonishing in the document,” Diego Aranha, an associate professor of systems security at Aarhus University in Denmark, who has been a member of the Brazilian electoral authority’s public security tests, told The Associated Press. “The limitations found are the same ones analysts have been complaining about for decades … but that doesn’t point to evidence of irregularity.”

Amid the technical issues laid out in the report, signed by the defense minister and representatives from the army, navy and air force, is the use of the electoral authority’s internal network to process the machines’ source codes, which they say augments the risk of external interference. The electoral authority says its network is safe.

The report said the pilot program for biometric identification that the military had insisted on carrying out was inconclusive, as only few people took part.

Based on the possible risk, the report suggests creating a commission comprised of members of civil society and auditing entities to further investigate the functioning of the electronic voting machines.

Nevertheless, the report says an analysis of vote tallies from 501 machines found no inconsistencies in any of them, with a confidence level of 95%. A separate integrity test was also ”carried out as planned,” it added.

Brazil began using an electronic voting system in 1996. Election security experts consider such systems less secure than hand-marked paper ballots, because they leave no auditable paper trail. Brazil’s system is, however, closely scrutinized and domestic authorities and international observers have never found evidence of it being exploited to commit fraud.

The electoral authority said in its statement Wednesday that it would analyze the defense ministry’s suggestions.

Many Brazilians are hoping for a return to calm.

Da Silva’s first visit as president-elect to the capital Wednesday and his meeting with Supreme Court justices — some of whom were once fierce political enemies — was one example, said Nara Pavão, a political scientist with the Federal University of Pernambuco.

“It was incredible, this sensation of normalcy,” Pavão said. “It shows the good functioning of democracy — he won, he is the president-elect.”

Online, many pro-Bolsonaro protesters shared their disappointment. “So did we get rained on for no reason?” one asked.

But others urged continued protests, with messages circulating on pro-Bolsonaro groups calling for large gatherings this weekend and on Tuesday, which is bank holiday in Brazil.

Ed-itorial: Unraveling .. Saints fourth quarter collapse one of worst in...

Why You Should Go To… Folkestone