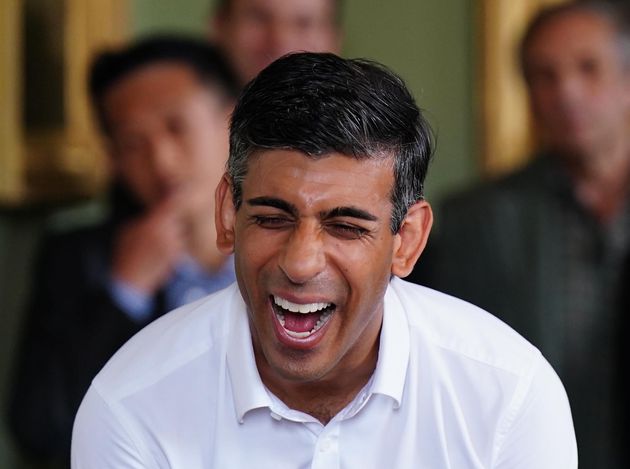 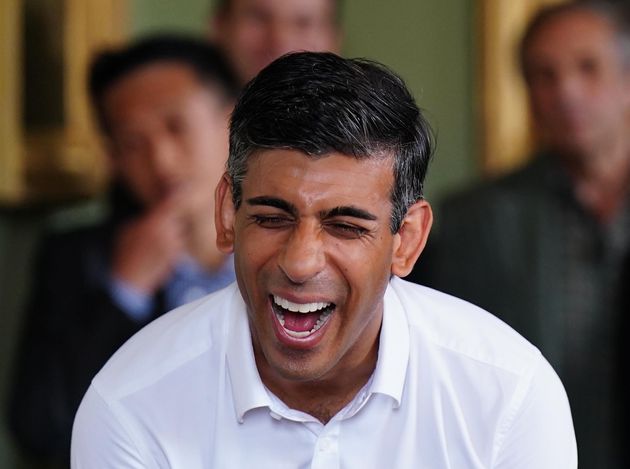 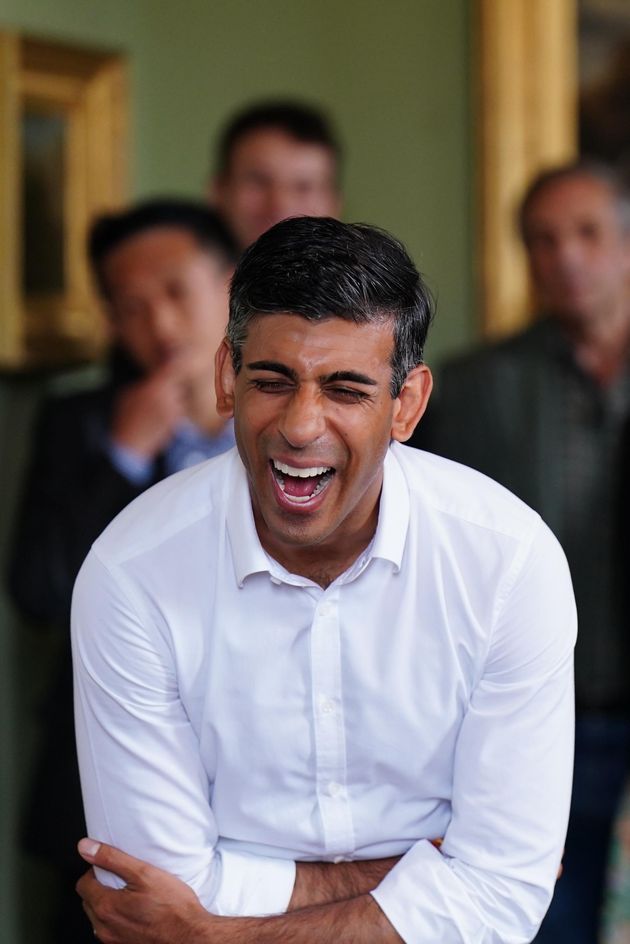 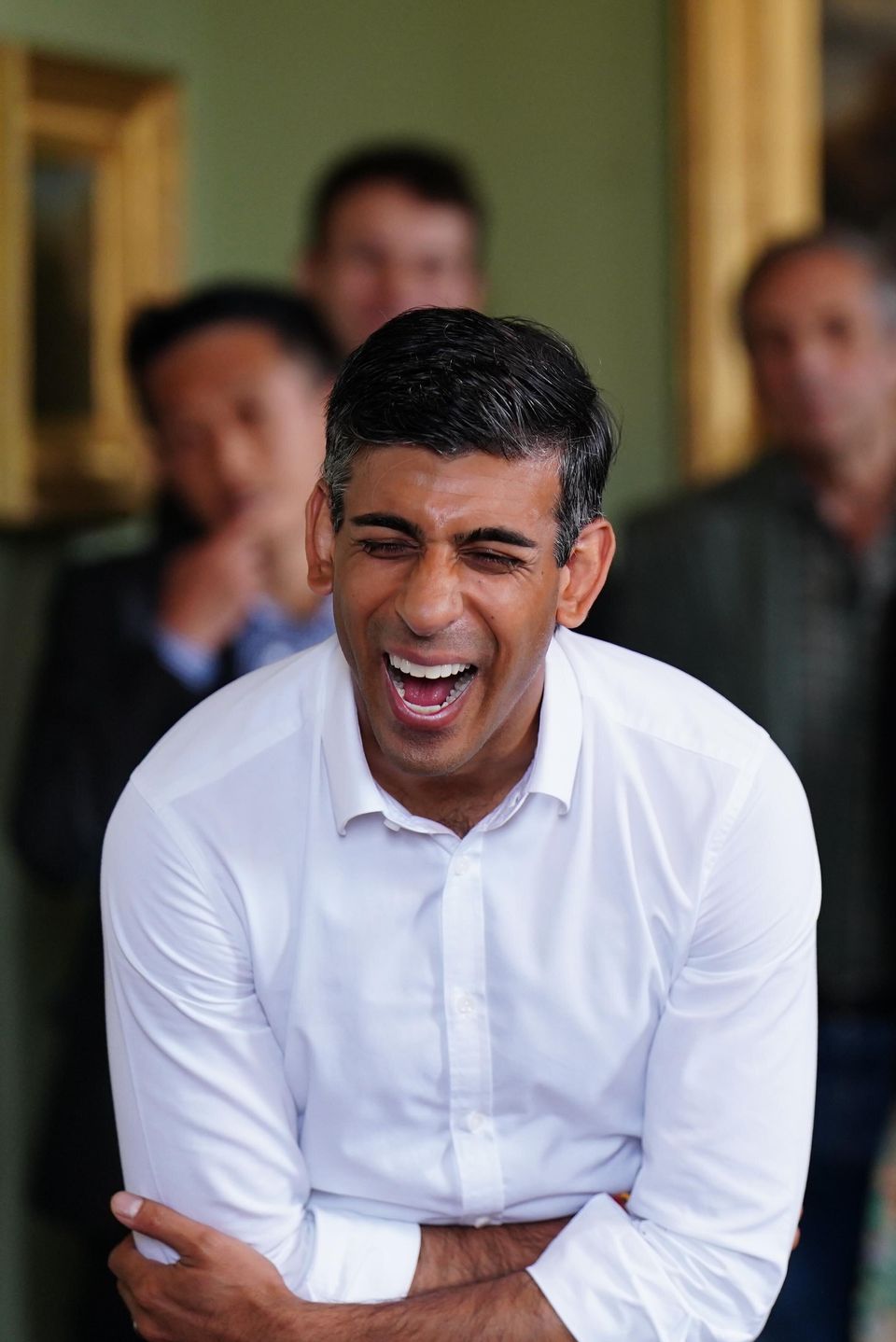 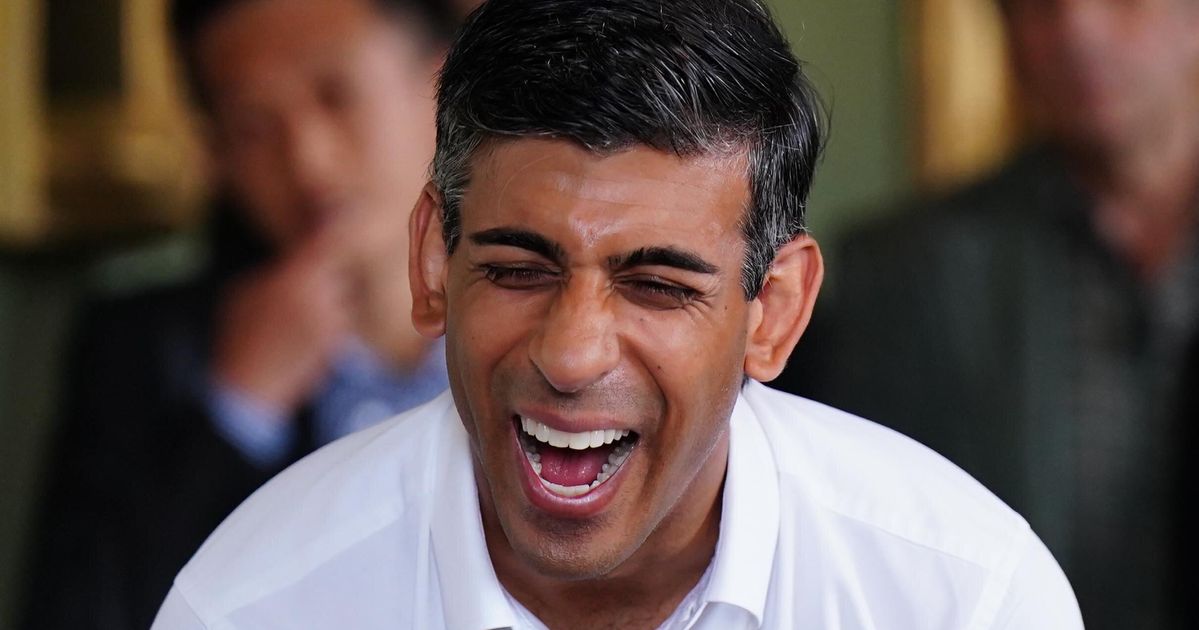 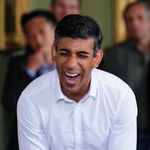 Rishi Sunak laughs during a visit to Cluny Castle in Inverurie during a campaign visit on August 16, 2022 in Inverurie, Scotland.

Rishi Sunak has laughed off speculation that Liz Truss might offer him the health secretary job in her cabinet.

The former chancellor chuckled when asked about reports he could be offered the health portfolio if Truss is made prime minister.

He told BBC Radio 2: “I am not focused on all of that and I doubt Liz is.”

Sunak alluded to concerns over potential cabinet clashes in such a situation and added: “I am not thinking about jobs for me or anyone else.

“One thing I have reflected on as well a bit is being in a government, in cabinet, over the last couple of years, you really need to agree with the big things.

“Because it is tough, as I found, when you don’t. And I wouldn’t want to end up in a situation like that again.”

The former chancellor did not hold back during the interview with Vanessa Feltz, accusing his rival Truss of “promising the earth to everybody”.

“You can’t have your cake and eat it,” he said. He rejected the suggestion that his campaign strategy  was not “politically savvy” and added: “It is being honest and for better or worse, that is what I am going to do.”

Sunak said he would “love” to cut tax, adding: “But I think my priorities are the right ones for the country right now.

“Liz’s plans are promising the earth to everybody. I don’t think you can have your cake and eat it.

“I don’t think life is that simple and I think her plan risks making everything worse.”

Korean Slums: The Shadows of Society, or the New Light for...

Things to do in Chicago this weekend: Christmas Eve and Christmas...