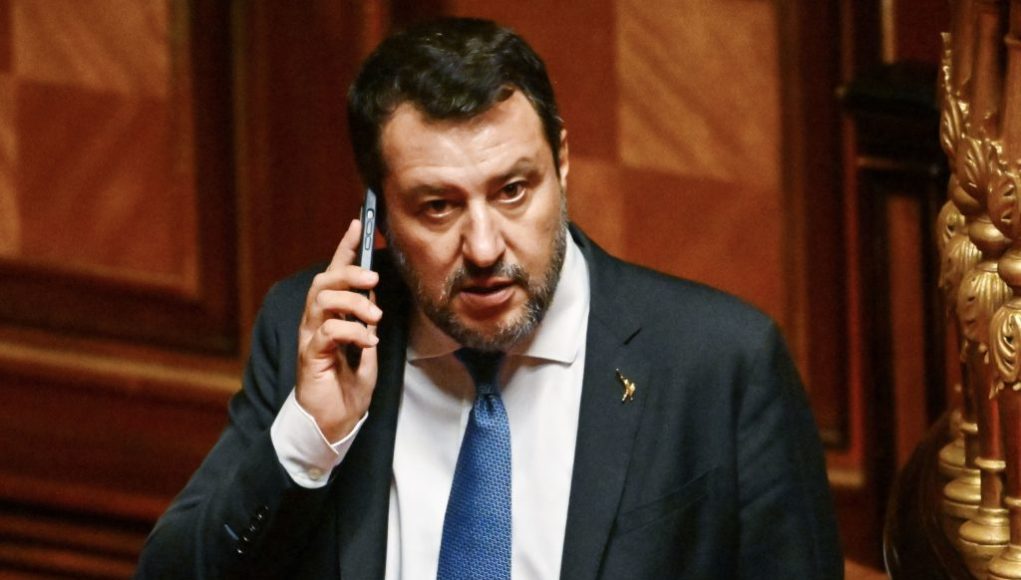 ROME — After Mario Draghi’s coalition government collapsed, plunging Italy into fresh turmoil, an unsettling question is hanging in the air: was the Kremlin involved?

Two incidents involving contact between right-wing party chiefs and Russian diplomats have triggered a round of finger-pointing in Rome as the election campaign gets into gear.

The row threatens to damage the standing of Giorgia Meloni, the leader of the popular far-right Brothers of Italy party, who stands to become prime minister at the head of a new right-wing coalition after the poll on September 25.

At stake more broadly is Italy’s international reputation and the question of whether Rome will remain a solid and dependable part of the Western alliance against Vladimir Putin’s aggression in Ukraine.

In the first incident, in May a Russian embassy official asked a foreign affairs adviser to Matteo Salvini — Meloni’s ally in the far-right League party — if he intended to pull his ministers out of Draghi’s coalition, according to La Stampa newspaper on Thursday, which cited intelligence reports.

The second incident centers on Silvio Berlusconi, Italy’s former PM and a long-time ally of Putin’s. Berlusconi, who leads the center-right Forza Italia party, spoke to the Russian ambassador on the day that he withdrew his backing for Draghi’s government, according to reports in La Repubblica on Friday.

For more polling data from across Europe visit POLITICO Poll of Polls.

Salvini has dismissed the report and Berlusconi is yet to comment. But opponents of the right are kicking up a fuss.

Enrico Letta, leader of the center-left Democratic Party, and former PM Matteo Renzi called for an investigation by the parliamentary intelligence committee. “The election campaign is beginning in the worst possible way,” Letta said. “We want to know whether it was Putin who brought down the Draghi government. If that was the case it would be of the utmost gravity.”

Lia Quartapelle, foreign affairs spokesman for the Democrats, told POLITICO that the reports were “scandalous” and would not help Meloni’s chances of becoming PM. “Allies will be watching with great concern I imagine. If any government spoke like this even to the U.S. embassy in this way it would be a problem, and we are talking about the Russian embassy.” Quartapelle said that the reports on Salvini or Berlusconi would not improve Meloni’s chance of becoming prime minister, but were damaging for the entire right.

The newspapers’ reports reinforce the impression that Italy’s right-wingers are too close to Putin.

Both Salvini and Berlusconi have well-established relationships with the Russians. Over the years Salvini has often expressed his admiration for Putin, saying he could be prime minister of Italy, and wore a T-shirt of Putin’s face to the European Parliament. Salvini has also spoken out against sending more arms to Ukraine.

Salvini was forced to cancel a “peace mission” to Russia in May after it emerged that his parallel diplomacy effort did not have government authorization, and the Russian embassy had paid for his flight to Moscow.

As for Berlusconi, he was reportedly critical of Draghi’s position on Ukraine after the call with the Russian ambassador, who claimed that the invasion was necessary because the risk was that Ukraine would attack Russia.

In his time as prime minister, Berlusconi established a personal rapport as well as a political friendship with Putin based on shared economic interests. His criticism of Putin since the invasion has been muted, only saying that he was disappointed in the Russian leader.

Their ambivalence over Ukraine may appeal to a substantial chunk of voters who are against sending weapons to Kyiv and who regard Russia and Ukraine as equally at fault.

Salvini’s political stronghold includes the Italian northern manufacturing power base that does a lot of business with Russia and is being harmed by sanctions.

But the ambiguity is likely to harm the credibility of Salvini and Berlusconi’s ally on the right, Meloni, who is leading the polls. She has taken a clearly pro-NATO position that Russia is the aggressor since the beginning of the war, as she attempts to portray herself as a respectable and safe pair of hands.

“If a new Italian government is more sympathetic to Russia, it would be a concern to Italy’s allies,” historian Margaret MacMillan, professor at Oxford University, told POLITICO, adding that the Americans will likely be watching with alarm. “Italy could be placing itself in the same pro-Russian camp as Hungary and Serbia and become a concern for Germany and France.”

Salvini dismissed the reports and the concerns as propaganda from the left. He told MPs in a message: “A desperate and divided left, with some foolish servant in some newsroom, passes their time to look for fascists, Russians and racists which don’t exist. The 25th September finally we will have change.”

A League spokesman said that the person who spoke to the Russian embassy official, Antonio Capuano, has never been a formal part of the League, although has advised them from time to time.

A spokesman for Berlusconi did not immediately return requests for comment.

When it Comes to Gender Equality, Our Best is Not Good...