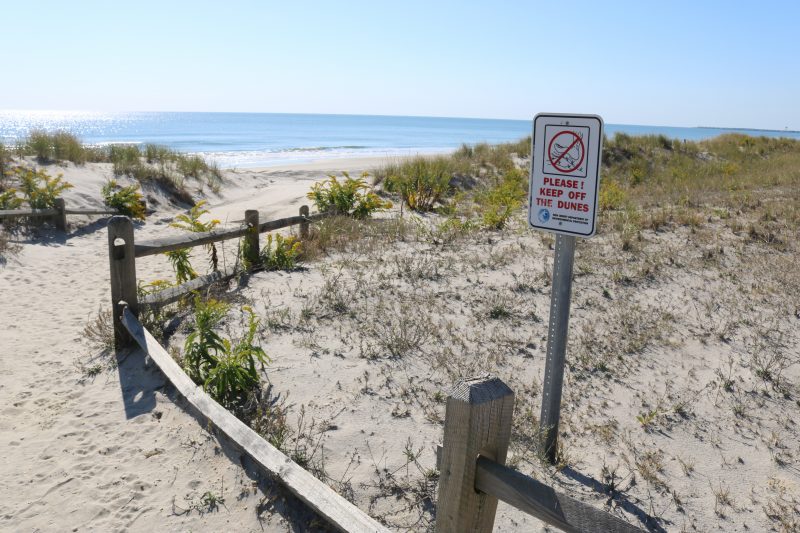 Sea Isle City and a federal agency that oversees beach replenishment projects will be drawing a line in the sand – sort of.

An ordinance expected to be approved Tuesday by City Council will establish a formal “dune line” along Sea Isle’s oceanfront. A public hearing on the ordinance will be held 10 a.m. at Council chambers in City Hall before a vote is taken.

Sea Isle is turning to the U.S. Army Corps of Engineers to designate a formal dune line along the entire length of the island from First Street to 94th Street.

Currently, Sea Isle does not have a formal dune line, City Solicitor Paul Baldini said. The sand dunes were changed when the Army Corps of Engineers replenished the city’s eroded beaches in recent years.

Since then, the ordinance has been reviewed by the Sea Isle Planning Board to make sure it is consistent with the city’s master plan.

By using the dune line established by the Army Corps, it will save the city the time and expense of hiring its own engineers to conduct that type of work, Baldini explained.

The environmentally sensitive dunes provide a barrier from storms and are considered the first line of defense to protect homes, businesses and other parts of Sea Isle from the raging ocean.

“The city has an interest in ensuring that the beaches, dunes and dune areas (are) protected,” the ordinance says.

The new ordinance will also establish a new 6-foot buffer, or setback, for projects built near the dunes.

Currently, no buildings, carports, garages, parking spaces, decks, terraces, patios and other structures may be built closer than 10 feet of the dunes under Sea Isle’s zoning laws.

At the same time, the new 6-foot threshold will reduce the number of applications to the city’s Zoning Board for variances to encroach into the setback area near the dunes, he noted.

Over the years, the dune line had become “pockmarked” because Sea Isle’s property owners had hired their own engineers to conduct surveys for construction projects that came close to the dunes, Baldini said.

“But we now have a clean, clear dune line,” he said in an interview while referring to the engineering work conducted by the Army Corps of Engineers.

Contractors and engineers who build projects for Sea Isle’s property owners will now be able to look at digital maps of the dune line established by the Army Corps to avoid any confusion.