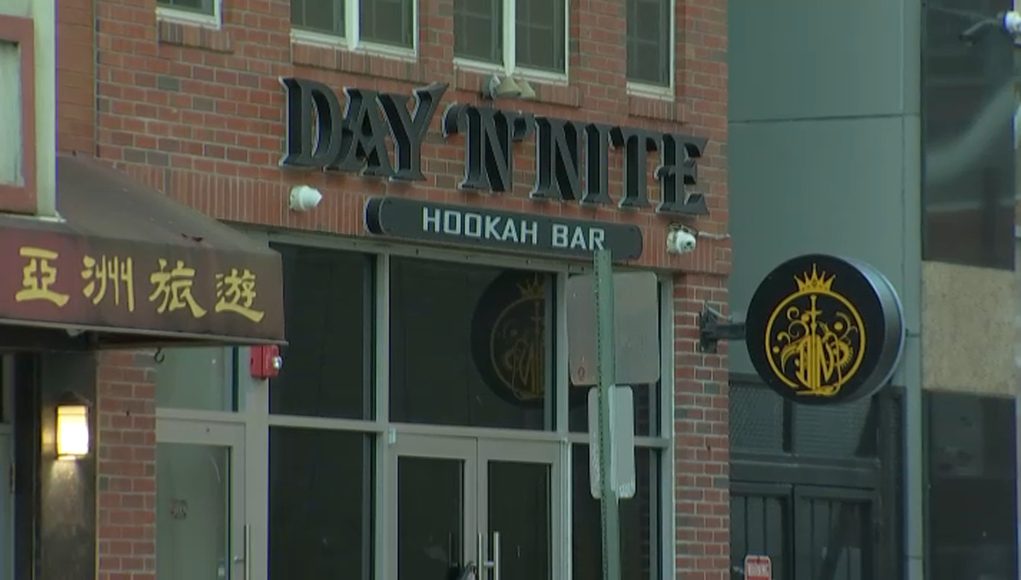 At around 12:30 a.m., the security guard in the lower lounge of Day ‘N’ Nite Bar fired shots after a man attempted to attack him with a hookah device, Philadelphia Police Department Cpt. Anthony Ginaldi told NBC10.

One bullet hit the would-be attacker in the hip, Ginaldi said. Another bullet struck a nearby woman in the leg.

The man and woman do not appear to have any connection to each other, Ginaldi said. Both are in stable condition.

Three shell casings were later found at the scene.

Police said the man has previously harassed the security guard by slashing his tires and assaulting him at a Wawa, among other incidents.

The security guard was taken into police custody and turned in his weapon for investigation.

Off the Beaten Path: Ted Lasso billboard for Tyler Adams in...

Macron to become first French president in more than 45 years...