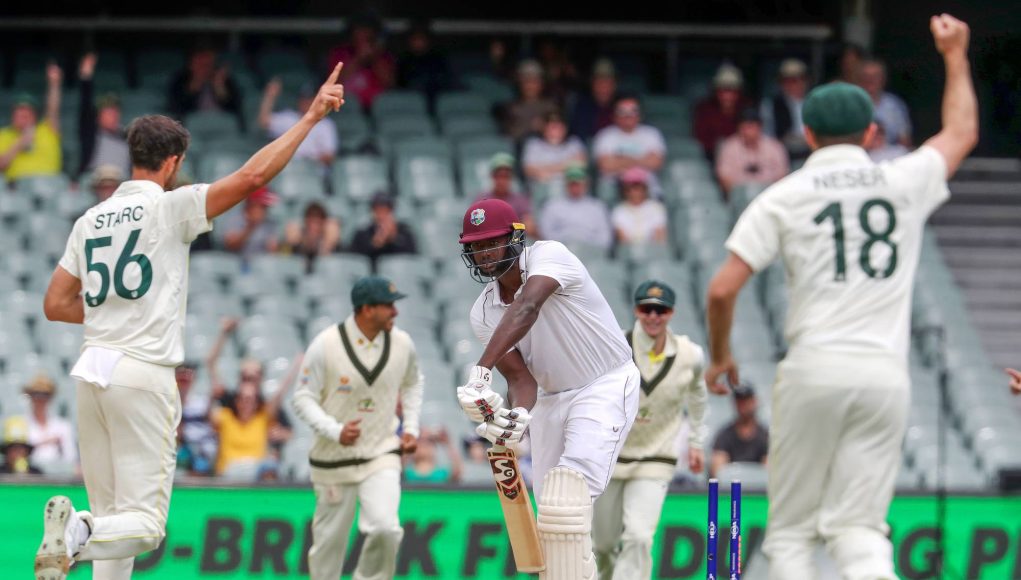 Steve Smith believes David Warner should have his lifetime leadership ban lifted, labelling it “funadamentally wrong” after the stand-in skipper led Australia to a massive win over the West Indies at Adelaide on Sunday.

The West Indies went down with barely a whimper on day four of the second Test as Australia immediately turned their attention to their heavyweight stoush with South Africa after wrapping up an emphatic 2-0 series cakewalk.

Warner’s plight has been an ongoing issue in the background and he opted to withdraw an appeal on the ban for his part in the 2018 ball-tampering scandal on Thursday because he feared a “public lynching” as part of Cricket Australia’s judicial process.

“From my point of view, banning someone for life is fundamentally wrong,” Smith said after the 419-run triumph over the Windies.

Marnus Labuschagne said during his player of the series presentation that he expected the three-match contest with the Proteas to be a fiery affair in relation to the strikepower each team has with its respective world-class fast bowling arsenal.

It could be a fiery clash in another sense too with tension still simmering from the controversial 2018 series which was marred by on and off-field slanging poor behaviour from both sides, culminating in the infamous Sandpapergate ball-tampering incident.

Their batting remains the bigger question mark, but in Lungi Ngidi, Anrich Nortje and Kagiso Rabada they have a particularly threatening pace trio.

“They present a really good challenge for us, they’re a very good side,” stand-in captain Steve Smith said. 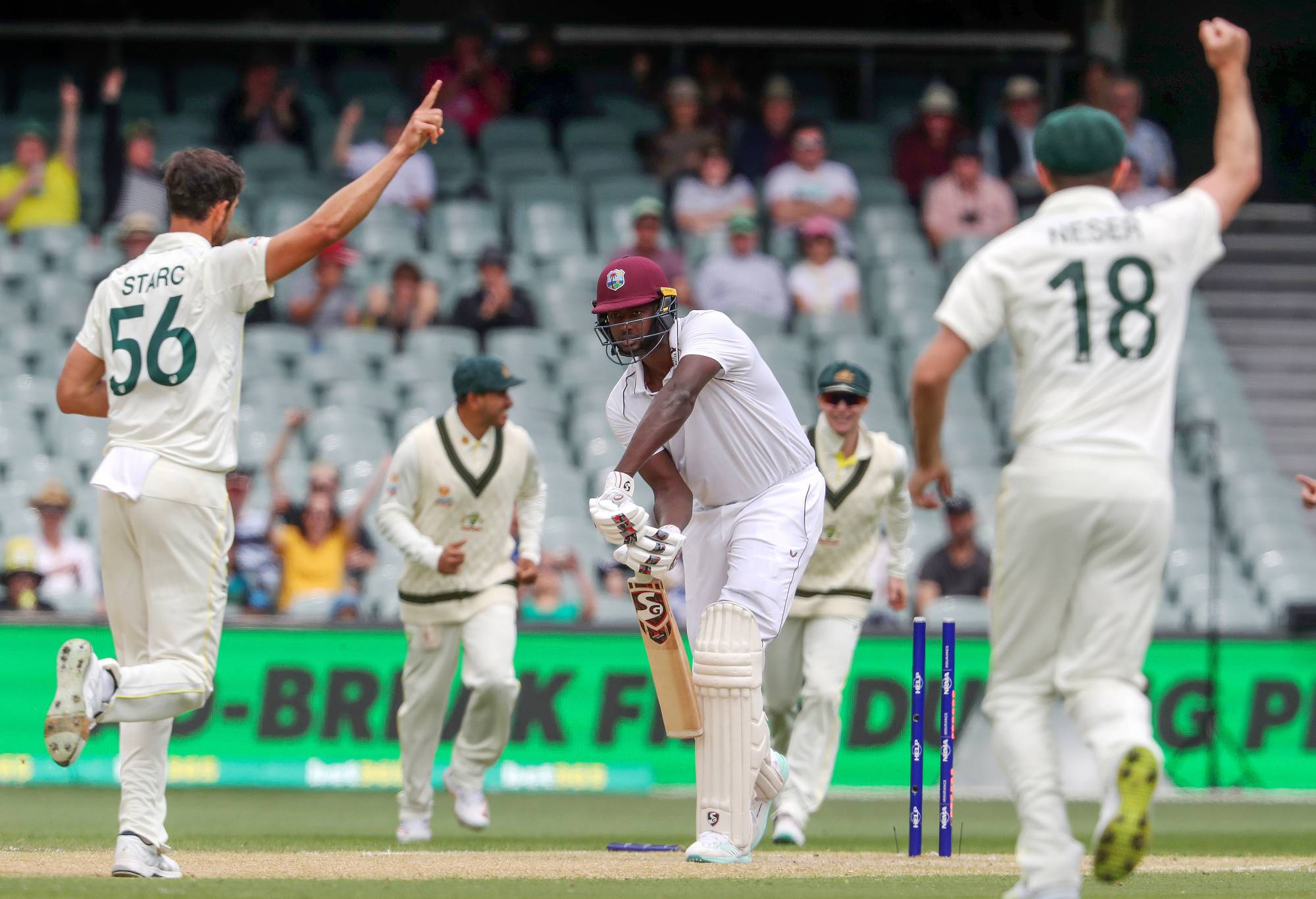 “Particularly their fast-bowling stocks are very strong and we need to be at our best to compete.”

Nathan Lyon became just the eighth bowler in Test history to take 450 wickets when he bowled Alzarri Joseph late in the Windies’ meagre collapse in which they went from 4-38 to be all out for a paltry 77 to lose by 419 runs to the world’s top-ranked team.

Shane Warne and Glenn McGrath are the only other Australians who have 450 scalps at Test level.

Mitchell Starc did the early damage on day four to remove Devon Thomas and Jason Holder, the latter with a vicious in-swinger which rattled into his stumps.

Michael Neser then got in on the act to dismiss Roston Chase (13) and Josh Da Silva (15) to sharp catches to Alex Carey keeping up to the stumps.

Lyon chimed in before Neser completed the rout by dismissing Marquino Mindley for a duck.

Travis Head was not surprisingly named player of the match for his 175 in the first innings while the player of the series award went to Labuschagne for scoring a double ton and two centuries in his four trips to the crease.

His tally of 502 runs is the most by an Australian player in a two-Test series.

Pat Cummins has declared he will be a certain starter for Saturday’s opening day at the Gabba after sitting out the second Windies Test with a thigh problem but Josh Hazlewood’s side strain is expected to keep him out until at least the Boxing Day Test at the MCG.

Scott Boland is likely to retain his spot in the XI with Michael Neser unlucky to miss out on his home track after bagging match figures of 5-56 in Adelaide.

Australia’s domination of the series has included Australia piling on 1490 runs for the loss of just 19 wickets, while claiming all 40 of the Windies’ scalps for 907.

Three Australians averaged more than 100 with the bat with Labuschagne and Head’s first-innings centuries in Adelaide coming after the pair, along with Smith, dominated in the first Test in Perth.

“Our boys batted particularly well the first day (in Adelaide) … and the bowlers did the job like they have done so many times for us in these pink-ball games,” Smith said. 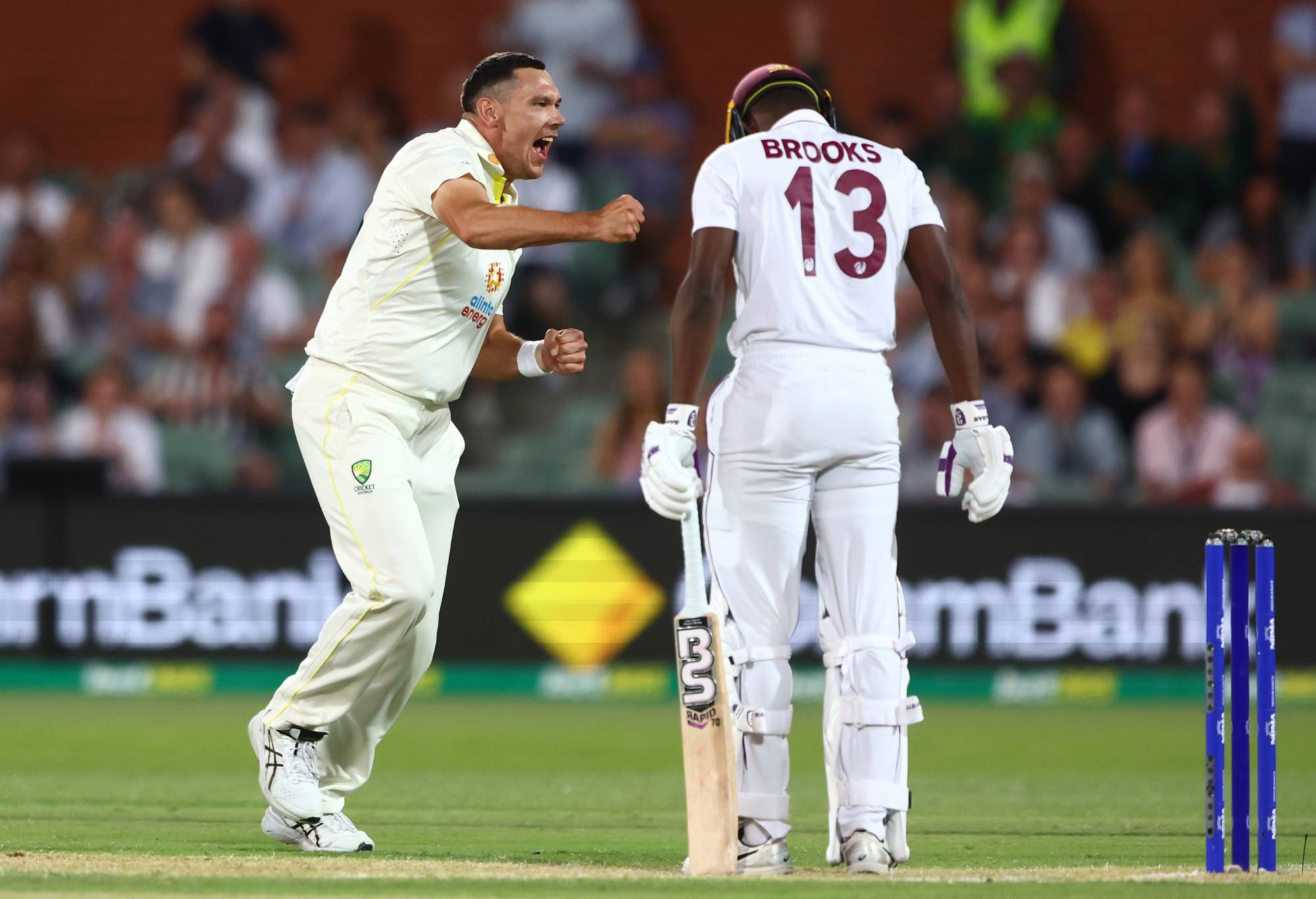 That is in contrast to a West Indies side that had five bowlers average at worse than 100.

It helped extend Australia’s grip on the once-prestigious Frank Worrell Trophy to 27 years, with the two teams to meet again for two more Tests next summer.

Lyon has overtaken Indian rival Ravichandran Ashwin for the second most by an off-spinner behind Muttiah Muralitharan and his record mark of 800.

“Many people have talked about it but I think he has the best stock ball I’ve seen in spin bowling,” Australia’s spin coach and New Zealand great Daniel Vettori said of Lyon.

“That ability to repeat it, to ask so many questions, to have the pace on the ball, the top spin that allows the drift and the spin and now he’s trying to add to that repertoire.

“I think you saw a couple of balls, a side spinner where he’s been able to mask that as well.

“I think it just comes down to the fact that the ball that the ball he bowls, his stock ball is so consistent, so repetitive, and asks so many questions.”

Vettori has worked with Lyon for parts of this year, at a time when the spinner has returned to his previous best.

The spinner has claimed crucial five-wicket hauls in both Pakistan and at Perth to spin Australia to day-five wins, while also claiming another five-wicket haul in Galle.

It has given him every chance to finish the year as the leading Test wicket-taker for 2022. He’s one behind Stuart Broad’s 40 and just ahead of Jack Leach on 38 with an extra game in hand.

Rabada is the other main challenger on 37, with South Africa and Australia to play two Tests in Brisbane and Melbourne before the year is out.

“For myself as a spin bowler, I would have loved to have had that (stock) ball,” Vettori said.  “You hear other spinners around the world talk about it and say that’s the ball they admire the most.

“They try and replicate it, try and repeat it but he’s been the only one that’s been able to do it for such a long period of time.”

This Winter Outfit Idea Could Easily Become a Uniform

Hopes Brits WILL get a Bank Holiday for King Charles’ coronation...