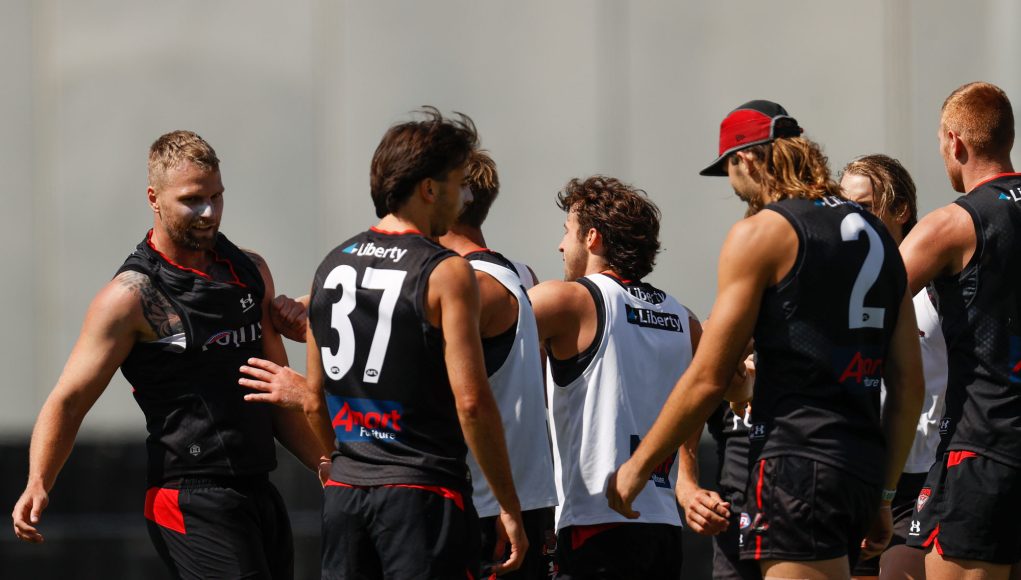 Tensions have boiled over at Essendon training, with Jake Stringer and Mason Redman needing to be separated by teammates after a heated clash.

The pair were quickly broken up and the session continued, with new coach Brad Scott watching it all unfold.

Essendon fan ‘Scooter’ posted to Twitter that the incident was sparked by some aggressive defending from Redman on Stringer, with the enigmatic forward taking umbrage to a number of elbows in the back.

Pre-season dust-ups have become a common sight in the heat of training, with a number of incidents cropping up over the years.

Last summer Adelaide pair Reilly O’Brien and Ned McHenry went toe-to-toe in a brief flare-up after a tackle, while former Carlton ruckman Setanta o’hAilpin was suspended by the club after an infamous attack on teammate Cameron Cloke in 2009 during which he struck Cloke before kicking him.

Redman enjoyed a career-best season in 2022, averaging 21 disposals per game as a running half-back and finishing third in the club’s best and fairest. 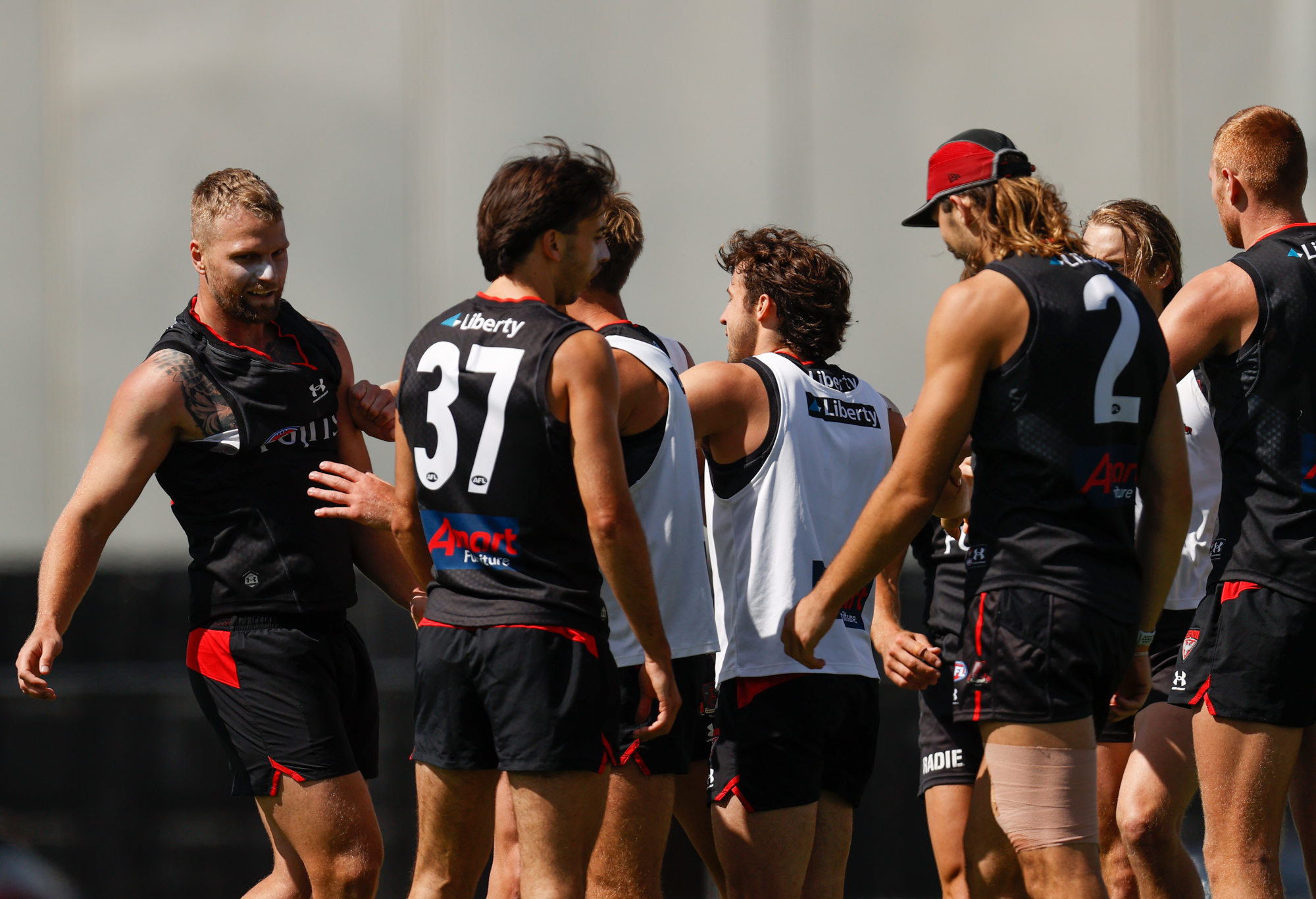 Jake Stringer and teammate Mason Redman of the Bombers are separated by teammates after a clash. (Photo by Michael Willson/AFL Photos via Getty Images)

Stringer’s year was curtailed by groin and soft tissue injuries, managing just 15 games and 25 goals after a spectacular 2021 season that saw him named in the All-Australian squad.

According to reports, Stringer will spend the majority of his time in the forward line in 2023, having spent periods in the midfield in recent seasons.