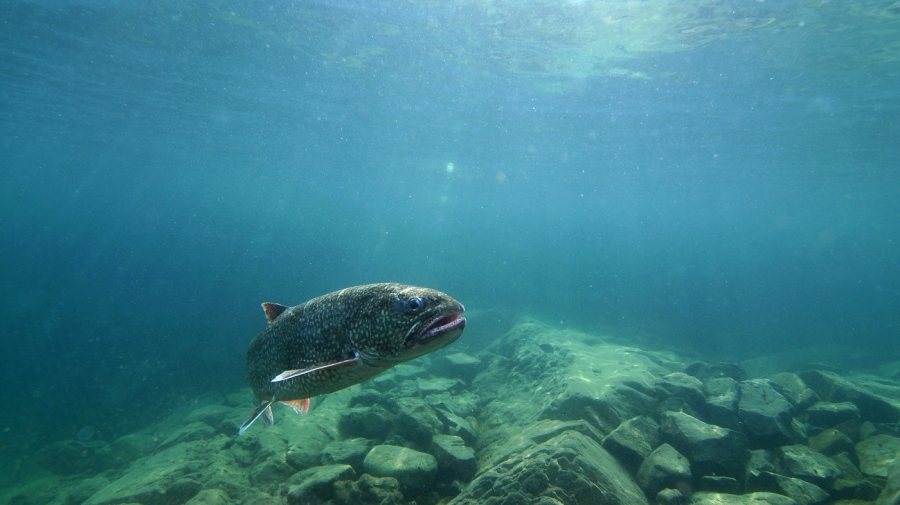 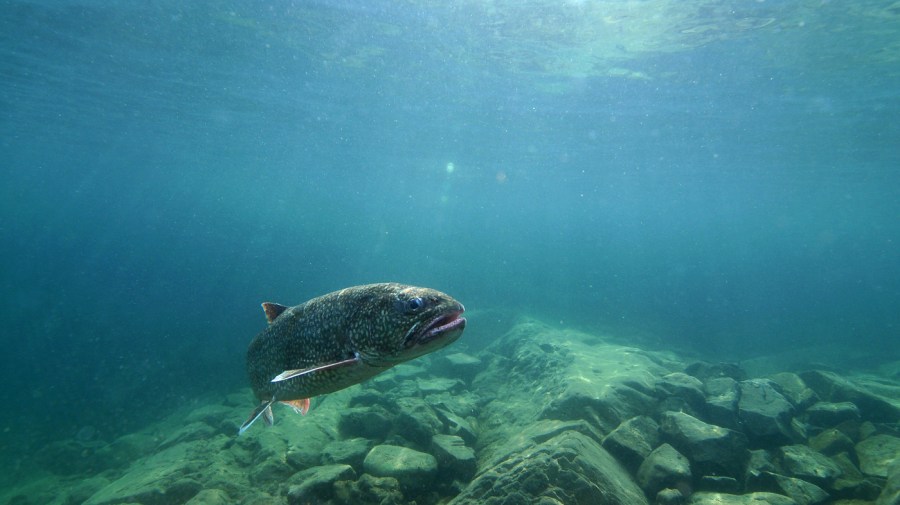 Eating just one serving of freshwater fish each year could have the same effect as drinking water heavily polluted with “forever chemicals” for an entire month, a new study finds.

The equivalent month-long amount of water would be contaminated at levels 2,400 times greater than what’s recommended by the Environmental Protection Agency’s (EPA) drinking water health advisories, according to the study, published Tuesday in Environmental Research.

The research added that locally caught freshwater fish are far more polluted than commercial catches with per- and polyfluorinated substances (PFAS) — so-called “forever chemicals” that are notorious for their persistence in the body and the environment.

PFAS are key ingredients in jet fuel firefighting foam, industrial discharge and many household products, including certain types of food packaging. For decades, they have leached into drinking water supplies while also contaminating irrigated crops and fish that inhabit local waterways.

Fish consumption has long been identified as a route of exposure to PFAS, according to the study. Researchers first identified such contamination in catfish that inhabited the Tennessee River in 1979.

“Food has always been kind of the hypothesis of how most people are exposed to PFAS compounds,” corresponding author David Andrews, a senior scientist at the Environmental Working Group, told The Hill.

But Tuesday’s study is the first analysis to connect U.S. fish consumption to blood levels of PFAS, while also comparing PFAS levels in freshwater fish with those in commercial seafood samples, the authors explained.

To draw their conclusions, the researchers evaluated the presence of different types of PFAS in 501 fish fillet samples, collected across the U.S. from 2013 to 2015.

While the samples included many types of forever chemicals — of which there are thousands — the biggest contributor to total PFAS levels was the compound known as PFOS, responsible for about 74 percent of the total, the researchers found.

Although PFOS has largely been phased out of manufacturing, it used to be the main ingredient in fabric protector Scotchgard, and it lingers on in the environment.

PFOS is so potent that ingesting just one serving of freshwater fish would be equivalent to drinking a month’s worth of water contaminated with PFOS at levels of 48 parts per trillion, according to the study.

“The extent that PFAS has contaminated fish is staggering,” first author Nadia Barbo, a graduate student at Duke University, said in a statement. “There should be a single health protective fish consumption advisory for freshwater fish across the country.”

Although scientists might not know precisely how people are being exposed to PFAS, the study “clearly indicates that for people who consume freshwater fish even very infrequently, it is likely a significant source of their exposure,” Andrews said.

Of the 349 samples analyzed in the National Rivers and Streams Assessment, only one sample contained no detectable PFAS, the authors determined.

All 152 fish samples tested in the Great Lakes study had detectable PFAS — and had “overall higher levels of PFOS” in comparison to those in the national assessment.

“PFAS contamination may be of particular concern for the Great Lakes ecosystem and the health of people who depend on fishing on the Great Lakes for sustenance and cultural practices,” the authors noted.

Contamination in the Great Lakes, as well as in other lakes and ponds, may be comparatively greater than the PFAS pollution in rivers and streams because these basins don’t cycle as frequently, according to Andrews.

“The water doesn’t get flushed out as quickly,” he said.

Median levels of total detected PFAS in freshwater fish were 278 times higher than those in commercially relevant fish tested from 2019-2022.

“It’s incredible how different they are,” Andrews said.

The data on retail fish came from the Food and Drug Administration’s Total Diet Study datasets in 2019-2021, as well as a specific sampling of seafood conducted in 2022.

Some commercially caught fish may be less contaminated because they are grown in controlled aquaculture environments, Andrews explained. Meanwhile, large-scale ocean fishing often occurs farther offshore, where PFAS pollution would be more diluted, he added.

Andrews acknowledged, however, that the data on commercially caught fish is much more recent than the freshwater contamination figures.

He also recognized that with the industrial phaseout of PFOS production, the pollution “levels in rivers and streams do seem to be decreasing, which is important.”

“At the same time, the levels are still so high that any fish consumption likely impacts serum levels,” Andrews said. “But they are moving in the right direction, which I think is some good news, at least in terms of the rivers and streams.”

While this study did not evaluate whether PFAS uptake is worse in some fish versus others, Andrews pointed to recent tests demonstrating that even small fish with short lifespans can amass dangerous quantities of these compounds.

Last week, the Michigan Department of Health and Human Services updated its “Eat Safe Fish” guidelines to limit the amount of rainbow smelt that should be consumed — based on elevated levels of PFOS.

The Hill has reached out for comment on the study from the Michigan PFAS Action Response Team, a Department of Health and Human Services group working on the Great Lakes contamination issue and that oversees the Eat Safe Fish program.

In comparison to commercially caught fish, local freshwater fish consumption can be difficult to quantify, as “there is significant variability with respect to dietary fish intake,” the study authors acknowledged.

But the Centers for Disease Control and Prevention has determined that the general population eats about 18 grams per day of fish, with greater consumption occurring among men and adults ages 31 to 50, according to the study.

High fish consumption — eating one or more fish meal per week — is typical among anglers, individuals living along coasts or lakes, communities for which fishing is culturally important and immigrants who hail from countries where fish is a dietary staple, the authors noted.

The researchers therefore characterized exposure to PFAS in freshwater fish as “a textbook case of environmental injustice” in which certain communities are “inordinately harmed.”

Contamination of this food source particularly “threatens those who cannot afford to purchase commercial seafood,” the authors stressed in a statement accompanying the study.

Andrews emphasized the need for both guidance for anglers and action on “this environmental justice issue” from a federal level.

Attention to this subject, he added, must address “this contamination of a source of protein for many communities who rely on it both for subsistence as well as for cultural reasons.”

25 Shoes to Wear With Bootcut Jeans Now That Skinny Jeans...

What Happened When King Charles III Addressed Both Houses Of Parliament?