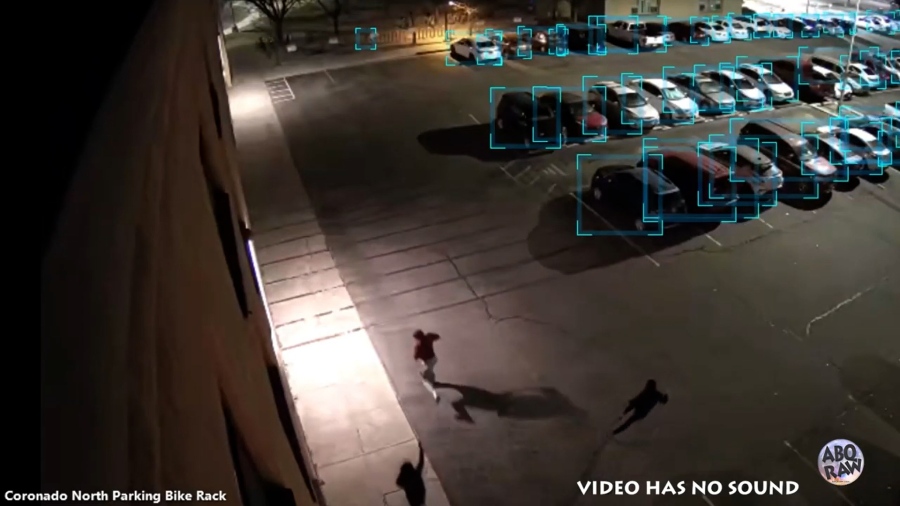 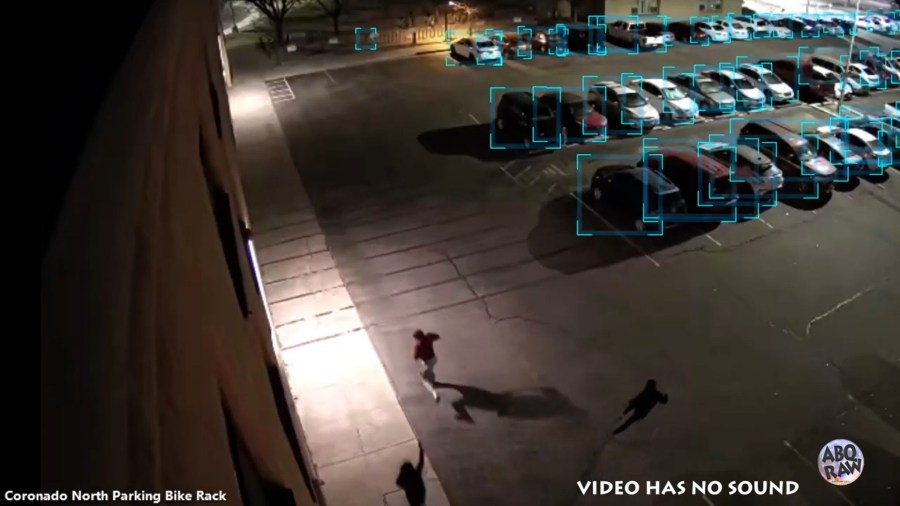 KTSM received permission to use the video from ABQ RAW, which they obtained via an open records request with New Mexico State Police. KTSM filed the same request weeks ago, but was told Tuesday that the request was excessively broad/burdensome and that we would have to wait longer to receive the video.

In the footage, Mike Peake is seen arriving on the sidewalk, with the 17-year-old girl who police allege conspired with three men to jump Peake as retribution for a fight in Las Cruces in October. Then, the three men run up from behind and video shows the moment that Peake is attacked and attempts to run away. Police say Brandon Travis shoots at Peake and Peake shot back.

Travis was killed as a result and Peake was shot in the leg. The video then shows him walking in the cross walk, limping after being shot. Then, a yellow Camaro arrives; that’s where his three teammates Issa Muhammad, Anthony Roy and Marcelous Avery get out.

Police say Peake put the gun and his tablet into the vehicle. Peake has been released from the hospital and was suspended indefinitely from the NMSU basketball team Monday. He is still enrolled at the school.

For more coverage from KTSM on the shooting and the police investigation, click here.