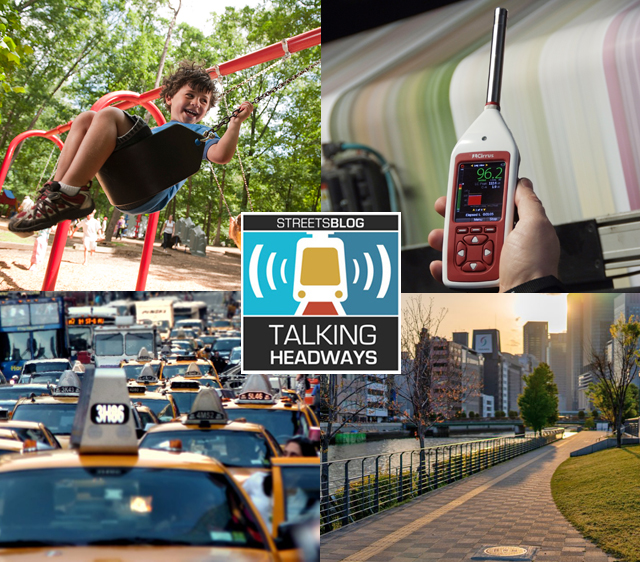 This week, I’m joined by Michiel Huijsman, the managing director of Soundtrackcity in the Netherlands to talk about how to think about the positive aspect of urban soundscapes, designing how a place sounds, and about how much was changed by the pandemic.

If you prefer to read, there’s a partial excerpt below. If you like to read everything, and don’t mind a few typos, click here for the full, unedited transcript.

Jeff Wood: What is the Urban Sound Lab? What’s the process and work that goes into that?

Michiel Huijsman: The Urban Sound Lab is really a bottom-up community lab in the south of Amsterdam. We do different workshops, and people go out and about with little recorders and record sounds they appreciate. And in the workshops, they exchange experiences about these sounds. It’s a sort of low, low level experimenting place for us.

Jeff Wood: It’s really interesting. What kind of sounds do folks bring back? Is there anything that folks bring back more often or, or are there rare things that are very exciting?

Michiel Huijsman: It’s quite exploratory. So people don’t know most of the time what I bring back, they really explore or experience new things and then put their sounds on a digital map. And there they can attach certain emotions to their recorded sounds, which is quite interesting because everybody has different emotions with the same sounds. So it’s also good to know. So there’s not a solution. There’s also not a single human being for whom we should design all the soundscapes. It doesn’t exist — but a lot of planners are convinced that they have to design for this normal human being.

And then I tell them, “Do you know only 12 percent of the population fits this norm? So you are, you are planning for a minority. You have to plan for everyone.” And then they say, “Yeah, yeah, but this is the norm.” I say this is not good. You have to plan also for the impaired people and for the fact that nobody is the same. And then they’re a little bit confused and they think, “Yeah, you cannot do that because we play by the norms.”

I tell them you just have to offer as many different things as possible, so there’s always something for everyone or as much as possible for everyone. So this is also this mantra for me from of the heterogeneity. If you have a lot of different kinds of sounds, people will find something they like.

Jeff Wood: That’s really interesting. You know, some people can’t stand music, other people, it’s their life. I read somewhere where that in somewhere in the Netherlands there was an argument over a playground where some people love the sound of children playing and other people hate it. So there’s those differences between what people like. And so like you said, designing for one group is not going to make everybody happy.

Michiel Huijsman: No. And I think you have to discriminate in this case with the playgrounds and give the children the chance to play. Even if people are complaining, they have been children also, so they should know you scream — you have to scream.