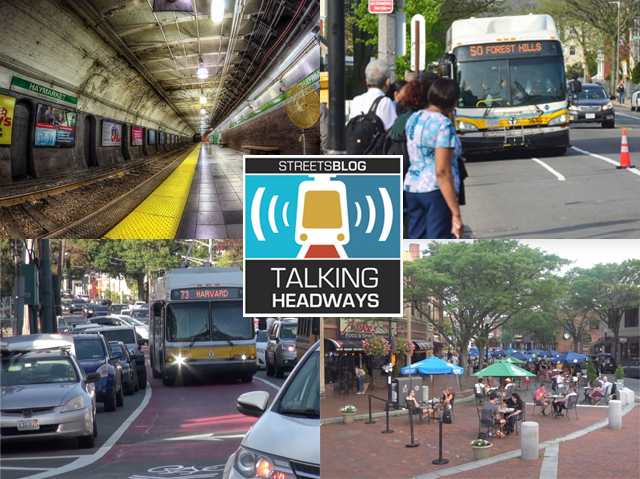 This week we’re joined by Jarred Johnson, executive director of TransitMatters in Boston, who talks about making the case for the MBTA, the Orange Line shutdown, regional rail and electrification, overhead wires versus batteries, fare policy, and much much more!

If you prefer to read rather than hear, check out the full, unedited transcript of the podcast here. There’s also an excerpted version below the audio player:

Jeff Wood: You all have been really successful at changing the conversation in Boston, or at least elevating certain conversations. I wonder if you have any advice for advocates in other places that would like to, you know, have similar impact in their communities?

Jarred Johnson: Oh, that’s such a good question. Yeah. What is it the transit matter secret sauce?

Jarred Johnson: I do think in a lot of cities, the news media, writers, elected officials, are really looking for knowledgeable, passionate people who don’t work at the transit agency to help them understand things. And there are people inside of the transit agency who want people on the outside to help support them when they make tough decisions or kind of help push them if there’s decisions happening that they don’t agree with. But, no, I do think figuring out what your niche is and running with that, figuring out what new thing or maybe what thing that has been talked about in the past has been dropped.

You know, what are you going to add to the conversation? One of the things that we struggled with for a little bit is figuring out what were we going to be. Were we gonna be a grassroots group? And we looked around and said, “OK, well, you know, we’re a little bit Cambridge-, Somerville-, north-of-the-river-centric,” so we’ve expanded since then. And we were a little dude heavy and not as diverse as we could have been. And we’ve made some good strides in all those areas. But we said it’s just not going to be credible for us to be a grassroots group in Lynn, eight miles from Boston, and be one in Worcester, 35 miles from Boston and be one in Boston’s Latino neighborhoods and cities to the north and also in the Black neighborhoods to the south. And there are other organizations doing that stuff.

And so we have found our niche partnering with grassroots groups and trying to figure out how we can support them with our data and our wonky tools. And so we’ve really just leaned into who we are. And regional rail has been one of those transformative things that we introduced into the conversation. Not that we came up with the concept, but we have really been the ones pushing it and bringing it into the Boston conversation. So I think it’s those things: find your niche, figure out how you can add to the conversation. Because, again, in just about every city, there’s that need. You have to figure out what kind of group you’re going to be and what solutions you offer.

I really love TransitCenter for their reports and for the ways that they gather advocates together to share stories and to share campaigns that other groups are doing. One of the groups I love shouting out is the MARTA Army that went around adopting bus shelters to shovel them out or to give them amenities. There’s just so many ways that you can figure out what your niche is.

The church of St Botolph without Aldgate and Holy Trinity Minories

Five locations throughout the US have been renamed to remove a...