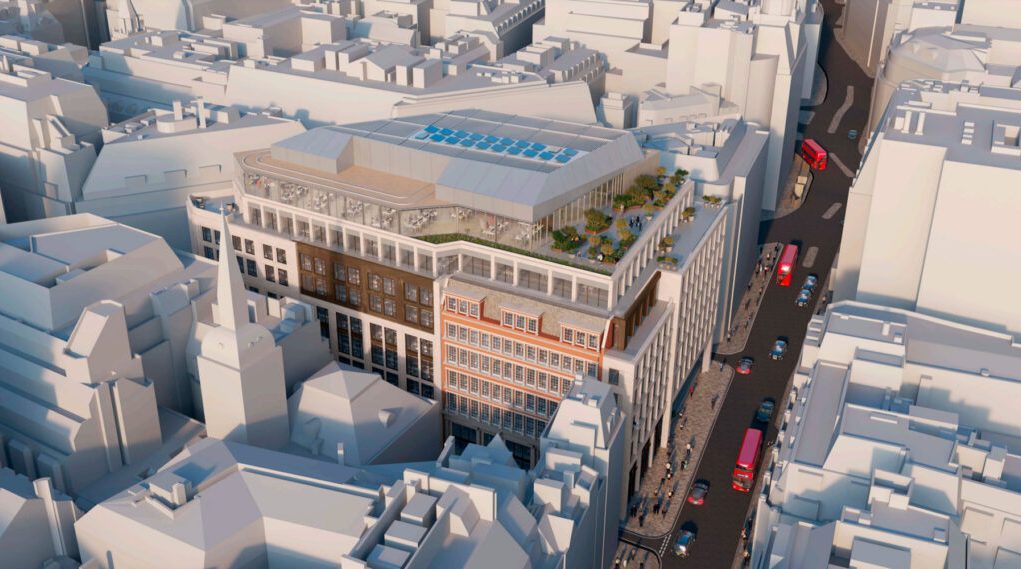 An office block that will be built above Bank tube station’s new Cannon Street entrance will be taller than originally planned after the City of London approved a request to add an extra floor to the top of the building.

In order to carry out the upgrade at Bank tube station, they had to clear a plot of land that was occupied by an older office block, and naturally, a replacement will be needed.

Transport for London (TfL) already had permission for a 7-storey building on the site but was structurally future-proofed for the possibility of an additional floor. They’ve now received permission to add the extra floor on top, and it’s further stepped back from the front of the building so that there’s space to create a large roof terrace as well. 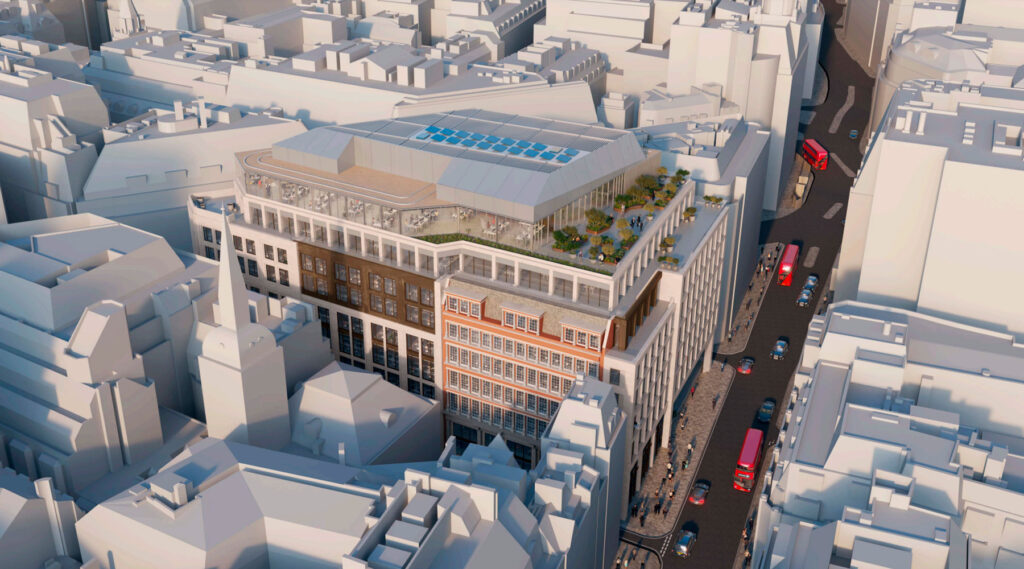 Commercially, the previous top floor, the sixth floor lost about a third of the floorspace to plant room equipment, but will now be a full-width open plan office space, and while the new top floor still needs space for the plant equipment, but also has the new roof terrace and some additional office space. They’ve also flipped the plant room from the western side where it blocked the view of the church steeple and a lower-rise set of buildings, to the other side, which faces an office block, so the 6th-floor office users have a rather better view from the windows.

The revised scheme provides accommodation totalling 142,310 square feet across the ground and 7 upper floors plus over 7,600 square feet of terrace space over three floors.

The new scheme also changes the roof structure, which was to be covered in solar cells. However, that’s because the attic level above the offices was for traditional water boilers. The new scheme has removed the water boilers to replace them with a lower energy air source heating network, so the roof needs to be open to the air instead.

There’s also been a requirement from the City of London to reduce the number of vehicles allowed to make deliveries to the building from 54 per day to a maximum of 42, which considering that the building is also larger, is a meaningful change. Planning policy required at least 142 cycle racks, but another recent change to the building requested by the developer allowed them to put in space for 229 cycle spaces at the basement level, which is significantly higher than the minimum required.

Scott Anderson, Head of Property Development at TfL, said: “We are pleased to receive planning permission for an additional storey of office space and outside terraces for our new commercial building on King William Street. The building will be built above the new Bank station entrance, due to open on Cannon Street later this year. The new terraces and roof spaces will be used to improve local biodiversity and maximise the building’s urban-greening potential. The enhancements will also better meet organisations’ workspace needs and generate further long-term revenue for TfL, which can be reinvested into the transport network.”

Work on the oversite development is expected to start later this year, after the Cannon Street entrance to Bank station is opened to the public and the building site is vacated by the Bank Station Upgrade workers. 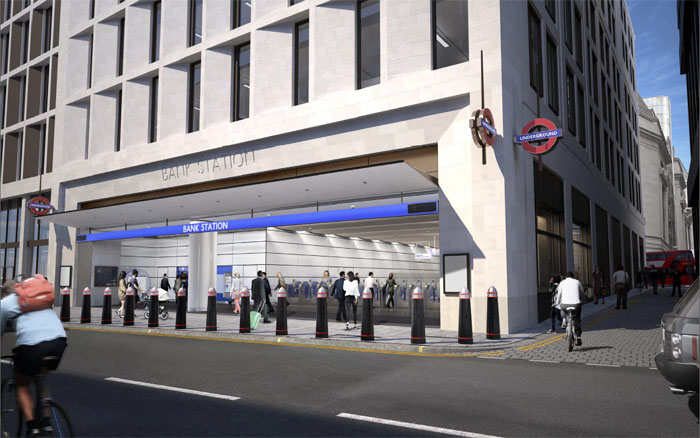 The office development is by TfL and AspireDM, with Weston Williamson + Partners as architects.

The financial viability of the scheme has been based on rentals as they were earlier this year to take into account post-pandemic changes in working patterns.

Foreign missions may change hearts — of the missionaries

An Evening With the Artist: Clarksville Photographer Tony Centonze to display...