Teachbytes
Home Politics The honeymoon is over, baby 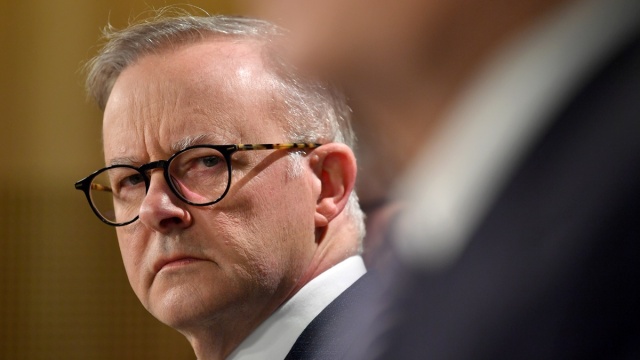 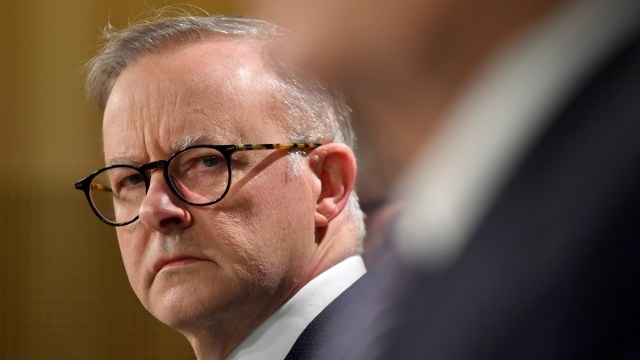 Anthony Albanese enters 2023 at the high point of his political career.

With his victory in May’s federal election, the Prime Minister has cemented his place in Labor history as the hero who ousted Scott Morrison – seen by progressives as the embodiment of conservatism whose hubris made him unfit to lead the nation.

Albanese has made progress during his long political honeymoon, but 2023 is the year he must show Australians why he was worth their vote.

Albanese would be kidding himself if he believed he won the election.

The truth is that Morrison lost the election with his hubris and addiction to conflict.

Labor’s role was to highlight Morrison’s flaws and present itself as a safe alternative.

Albanese now needs to deliver on his election promises, including his vow to change our political culture by putting the national interest ahead of politics.

When it comes to core election promises, he has made a good start.

He has created a National Anti-Corruption Commission, taken meaningful action on climate change after years of inertia, and endorsed pay rises for aged care and other low-paid workers.

He has also progressed his plan to create a voice to Parliament for First Nations people by preparing for a referendum to be held in 2023.

But promised lower energy prices and higher wage growth to lift living standards have been far more challenging in the face of economic headwinds and business sector opposition to industrial relations and energy reforms.

Business, backed by elements of the media, looms as a genuine threat to Albanese’s progress in 2023.

Albanese’s task will be to reconcile the reality that business profits drive economic and jobs growth with the perversity of a system in which ineffective IR arrangements have failed to produce fair pay rises for Australians at a time of rising living costs.

It is no surprise that business leaders argue for higher profits. That is their job.

But Albanese’s job is to ask whether Australians deserve something more than a system in which businesses claim the only way they can create new jobs is by denying pay rises to existing loyal workers.

He must get community-wide buy-in for measures that boost productivity.

Likewise, he must ask Australians whether it makes sense to sell so much of our natural gas reserves overseas to generate big profits that resulting domestic supply shortages drive local gas prices to unaffordable levels.

Whether Albanese possesses the ability to truly lead the nation to better outcomes will determine his progress in 2023 and his place in history.

As opposition leader, Albanese said Australians had “conflict fatigue’’ and wanted a better style of politics less compromised by “argument for its own sake’’.

He says he wants to emulate the approach of Bob Hawke, who brought business and trade unions together to deliver productivity-enhancing reforms that generated Australia’s longest period of continuous economic growth.

Hawke’s genius was his ability to encourage all sides of a particular argument to compromise – to make people understand that blind adherence to entrenched positions prevents progress.

Albanese has bitter personal experience of the folly in needless conflict.
After serving 11 years in opposition, he watched leadership tension within the Labor Party destroy the Rudd and Gillard governments between 2007 and 2013.

His now-famous 2012 declaration “I like fighting Tories”, was not a bloodthirsty reference to his dislike of conservative politicians, but an appeal to his colleagues to stop squabbling among themselves and to focus on using the power of government to achieve progress for Australians.

Writing in The Australian a year ago, he argued: “When people work together, they can achieve great things. Effective leaders point the way to a better future by encouraging people to co-operate.’’

If unity and a focus on the national interest ahead of politics is the aim, Albanese will have to contain his own team, which includes many ministers who dropped the ball in the Rudd-Gillard era.

The Labor Party is intensely tribal. Many of its MPs are life-long activists with limited experience outside trade unions and political offices. Given their pedigrees, they find conflict to be a natural state.

There is nothing wrong with argument. It can improve policy outcomes.
But as Albanese also wrote a year ago: “The problem is when the argument becomes the end in itself’’.

Around this time every year Albanese visits Queensland’s Woodford Folk Festival. He has great memories from previous years when he would spend time at the festival with Hawke, who also attended each year.

No doubt this holiday period, he will reflect on what it took for Hawke to be such a successful unifying national leader.

In 2022, Albanese proved he has the discipline, patience and strategic smarts to lead the nation’s oldest political party.

But his task in 2023 will be far more difficult. He needs to transform himself from the shrewd tactician who slayed the Morrison government into a man who can lead an entire nation.

The post The honeymoon is over, baby appeared first on The New Daily.

Bills arrive back in Buffalo after victory over Super Bowl winners