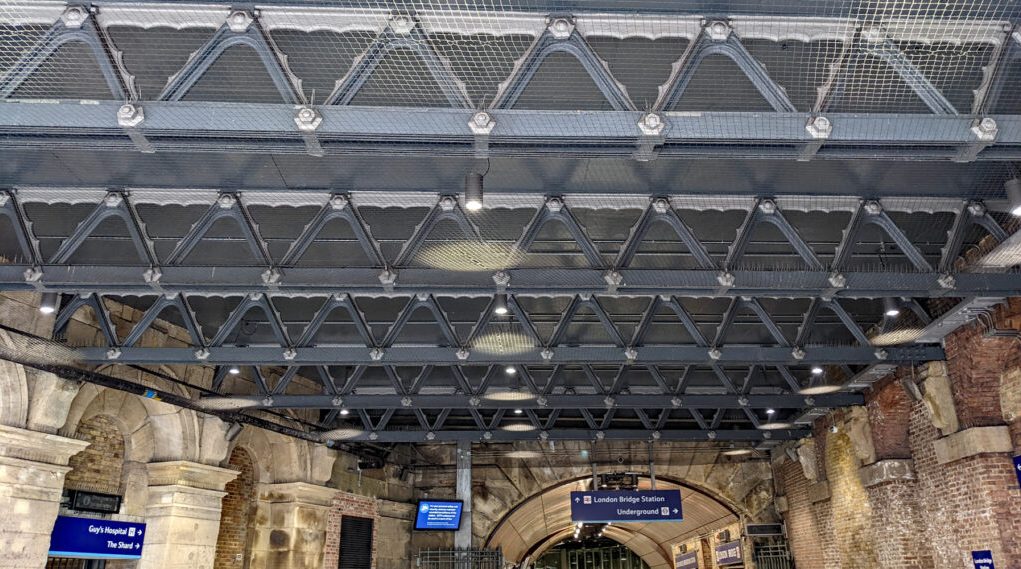 Little noticed by the thousands of people who use London Bridge station, but above their heads are some of the oldest iron girders in the UK. 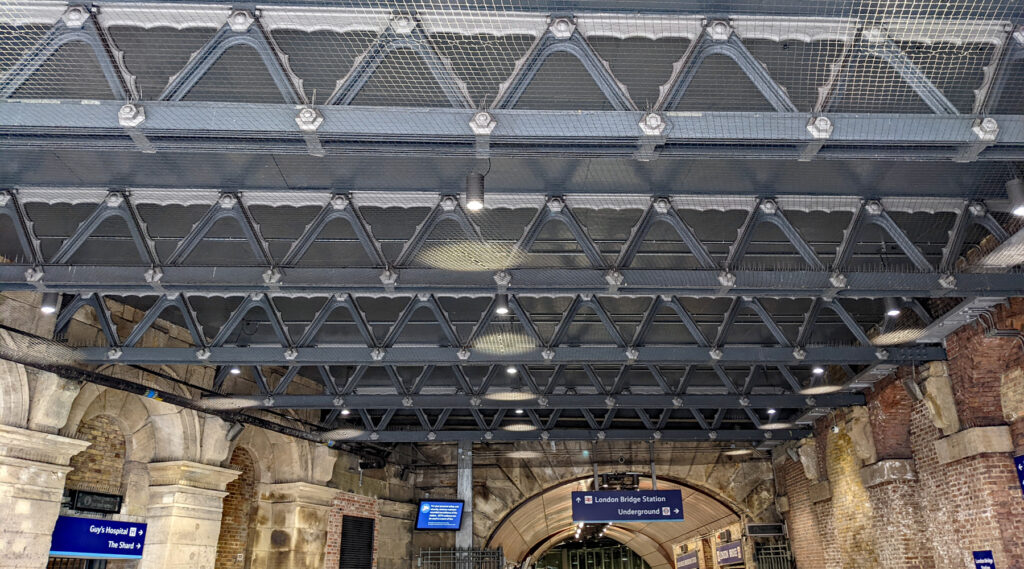 These girders can be found in the former Joiner Street that’s now the entrance corridor between the mainline station and the tube station, and if you look up above your head at the entrance, you’ll see the girders. They date from likely around the 1860s, as that’s when the railway station was enlarged.

Before that, Joiner Street was like any other street, open to the skies, and in 1839, the London and Croydon Railway built a railway station here, next to the existing London Bridge station owned by the London and Greenwich Railway.

The history of London Bridge station is confusing, to put it mildly, but the London and Croydon Railway had an entrance fronting Joiner Street. With the shuffling of ownerships and the like over the next few years, by 1864, this was now the entrance for the South Eastern Railway, and it was they who extended the railway line to Charing Cross and Canon Street.

So what had been a terminus station became the through platforms, and the railway had to be extended over Joiner Street — which called for the use of iron girders. The girders that had only just been invented by a couple of Londoners for use on bridges.

James Warren was born in Mile End and had a profession as a merchant. Although not a trained engineer, he gained an interest in developing an iron truss for bridges.

In August 1848, along with Camberwell born Willoughby Monzani, they patented the Warren Truss. The use of alternately inverted equilateral triangle-shaped beams gave the truss a lot of strength in both compression and tension, making it ideal for long spans. Other people had developed similar designs, but the Warren Truss was considered to be an improvement as it offered greater strength for less weight.

According to a sign put up in the London Bridge station entrance, the girders above your heads are the very same that were installed for the railway extension and are thought to be “some of the earliest surviving examples” of their type.

Today those triangular girder designs are commonplace, but in the 1860s, they were still fairly new. And not bad that over 150 years later they’re still up there doing the job they were designed for.

They were cleaned up recently as part of the Thameslink Programme’s redevelopment of London Bridge station, with support from the Railway Heritage Trust.

And, as a heritage sign nearby notes, the brick arches to the eastern side of Joiner Street (left side of the photo above) are also thought to be from the original station entrance built by the London and Croydon Railway. 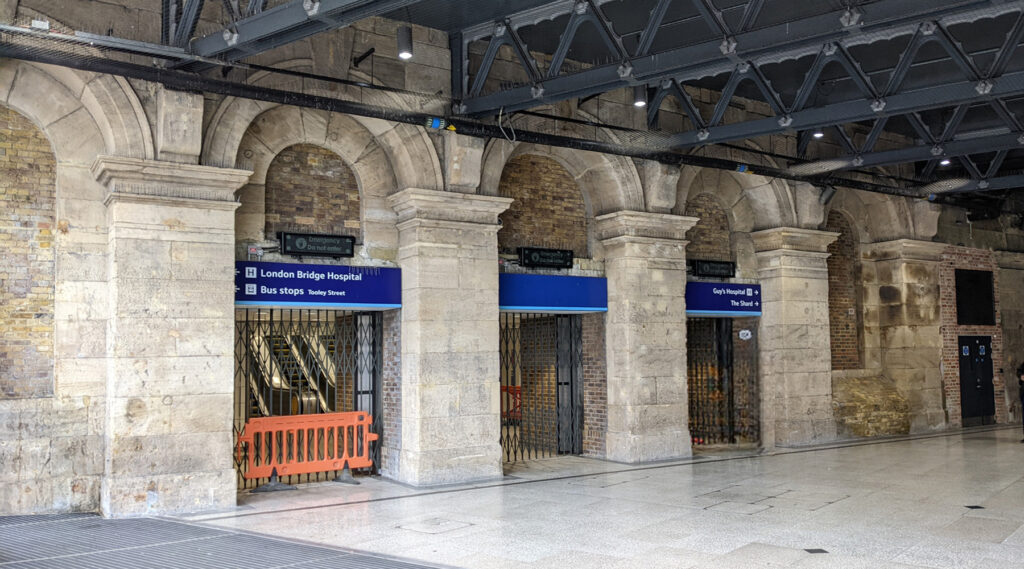 Something to look out for when you’re next using London Bridge station. 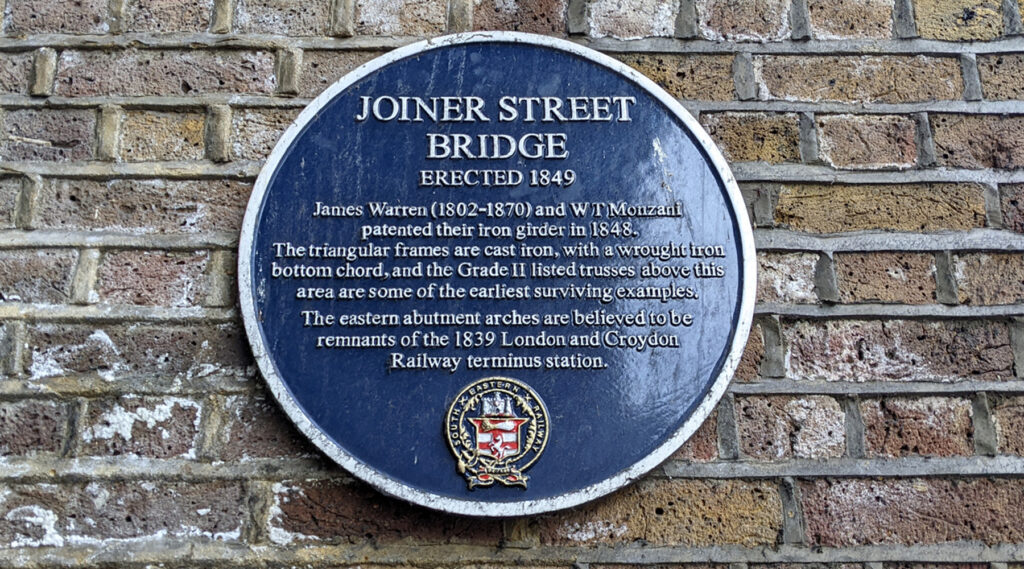 The plaque, which was added in April 2019 reads:

The triangular frams are cast iron, with a wrought iron bottom chord, and the Grade II listed trusses above this area are some of the earliest surviving examples.

The eastern abutment arches are believed to be the remnants of the 1839 London and Croydon Railway terminus station.