Teachbytes
Home Events Things To Do In Leicester: Why You Should Visit The Resting Place... 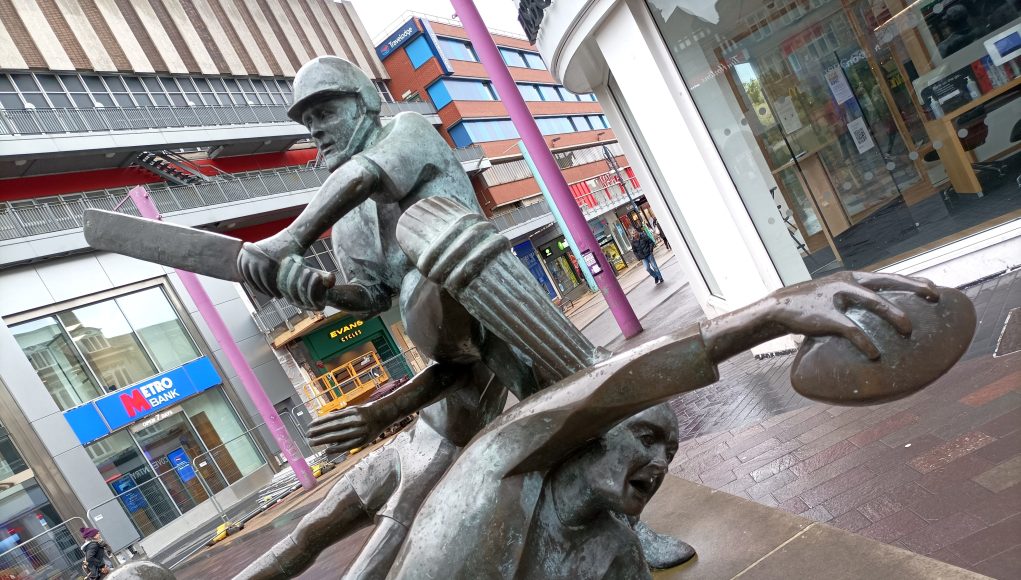 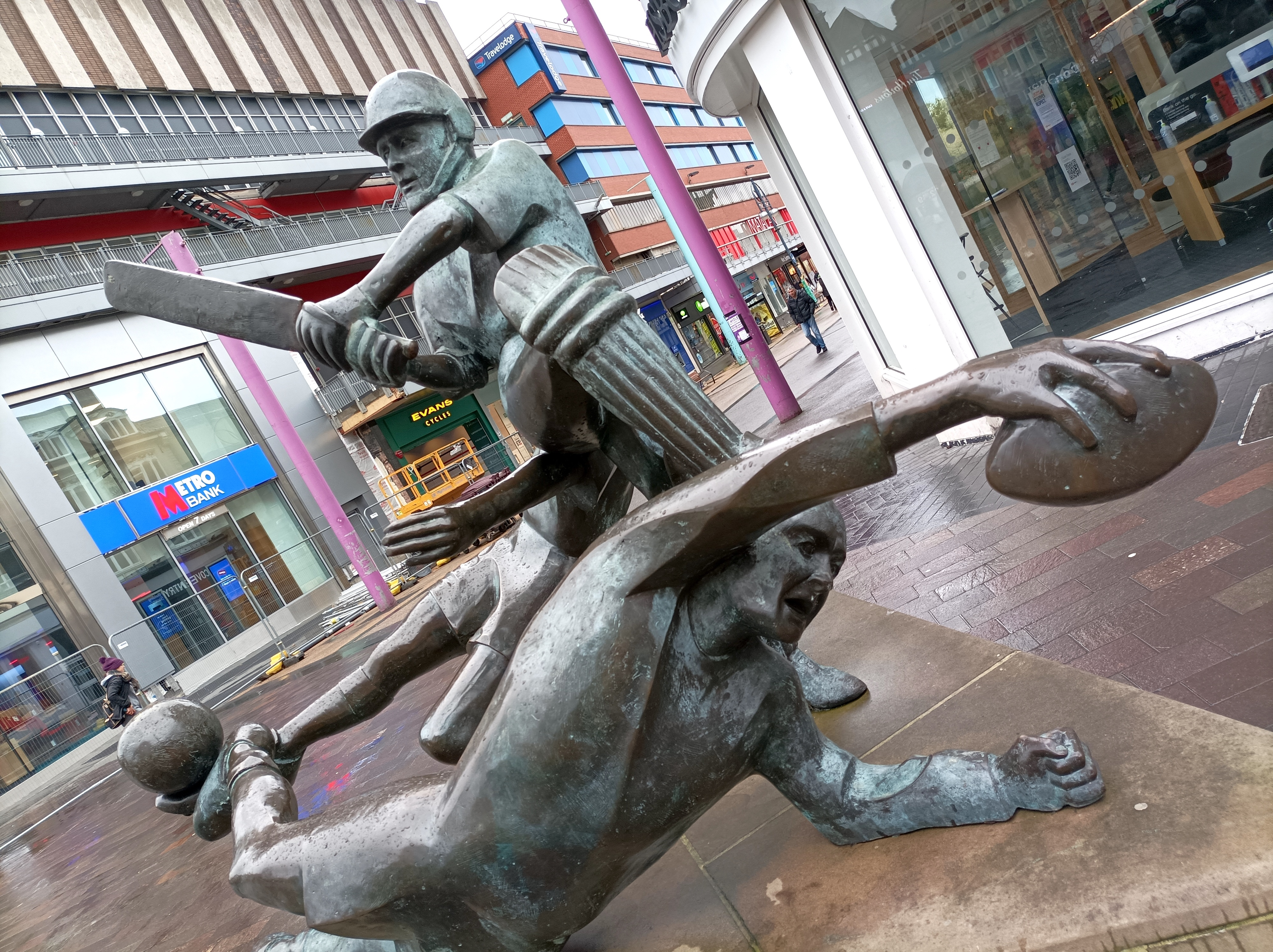 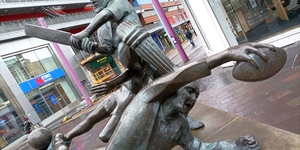 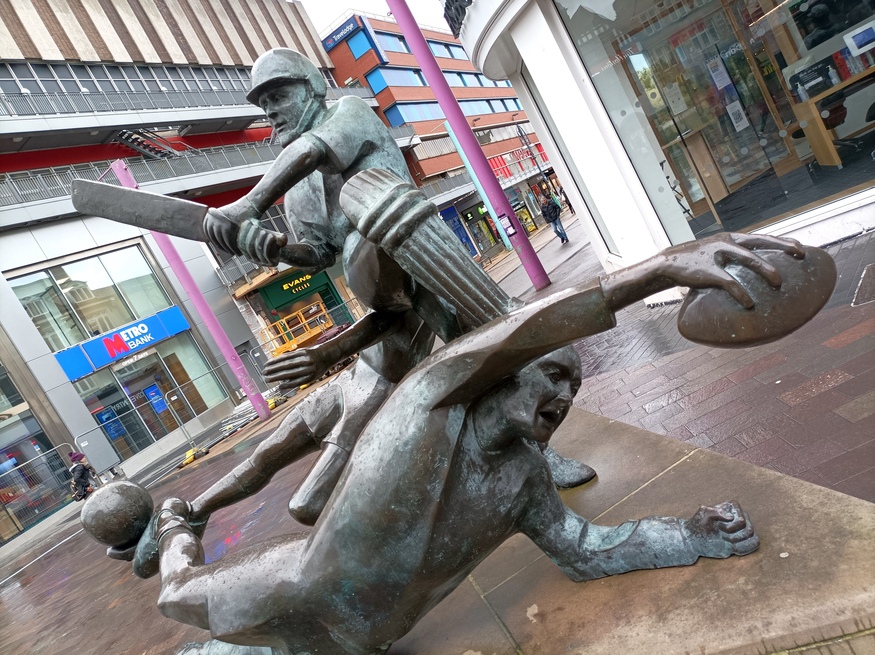 “Why the hell did you do that?” is the general response we got when telling people we’d voluntarily spent a weekend in Leicester. Including the people we spoke to in Leicester.

It’s maybe definitely not the first place you think of for a weekend break from London — but when it’s just over an hour’s train ride from the capital, it’d frankly be rude not to dip your toe into what is the Midlands’ second largest city. And it turns out there’s more than enough quality booze, food and culture to keep you royally occupied for a couple of days. ‘Royally’ being the operative word.

The package holiday was invented here 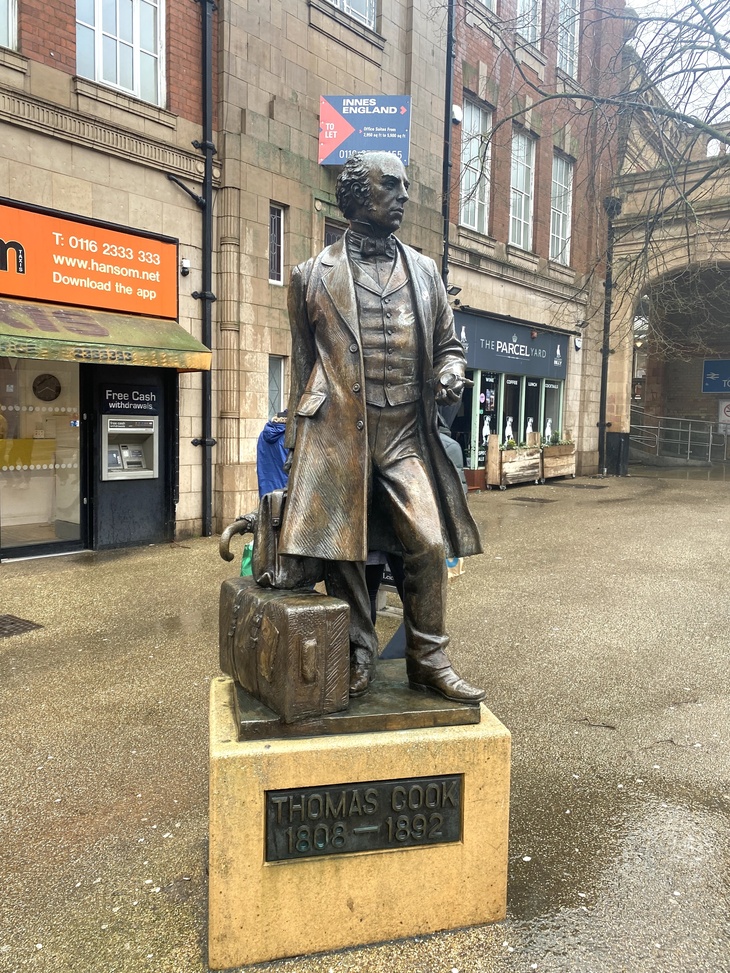 One of the first things you’ll see after stepping out of Leicester train station is the statue of a gent with a suitcase by his side. It’s not Paddington, but Thomas Cook, who started running package tours from Leicester in the mid-1800s. The first of these wasn’t quite to Malaga; it was in fact to a temperance rally 11 miles away in Loughborough. Leicester Museum & Art Gallery has an ancient Egyptian granite statue purchased by the Thomas Cook Travel Company back in the day. Not sure you’d be able to do that now. 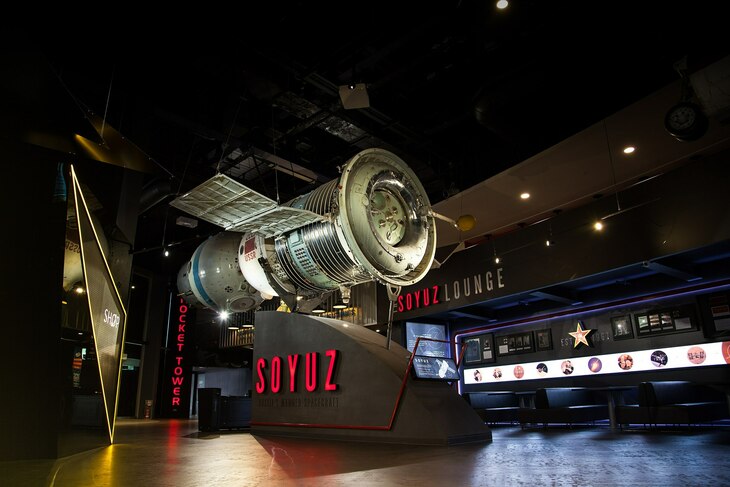 Akin to finding the National Funk and Soul Museum in Chipping Norton, Leicester is the unlikely home to the National Space Centre. Did the city ever launch an Apollo mission? Well, not exactly, but from the 1960s to the early 2000s, Leicester scientists dabbled in space research, with the Skylark sounding rocket experiments. You can see one on display at the National Space Centre, which also has a Russian Soyuz capsule, an ‘Earth orbit cruise’ experience, and the Patrick Moore Planetarium. A cosmic way to fritter away an afternoon, and if we’re being honest, one in the eye for London, with its grand total of zero National Space Centres.

It’s THE place to gen up on Richard III 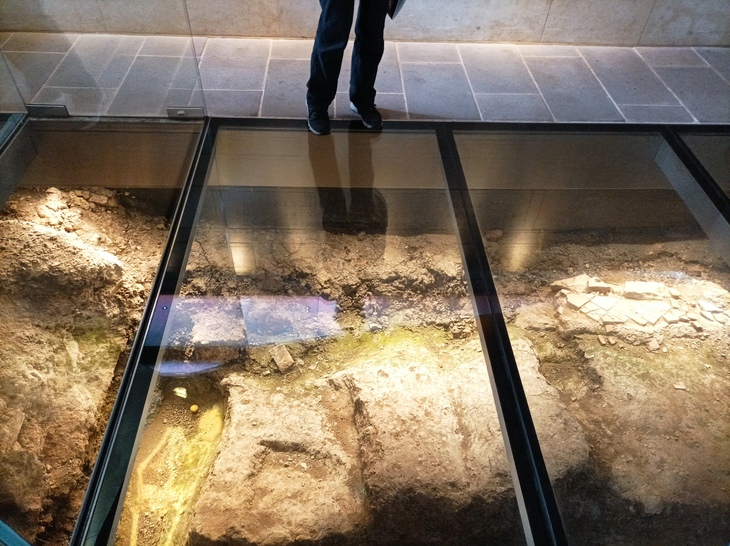 Stand directly over the site where Richard III’s body was discovered in 2012. Image: Londonist

From planetariums to Plantagenets: let’s address the monarch in the car park. Leicester’s fortunes changed forever when they won the Premier League the body of Richard III was discovered beneath a car park, close to the cathedral, in 2012.

There’s a really well done King Richard III Visitor Centre, where you can make your mind up on whether Ritchie was machiavellian or simply misunderstood, then stand directly over the site of the remarkable discovery of his body. This uncanny modern-times story is just as fascinating as the life of (and rumours about) Richard himself, and a decade on, there’s still a thirst for it — recently proved with the 2022 Steve Coogan film, The Lost King. 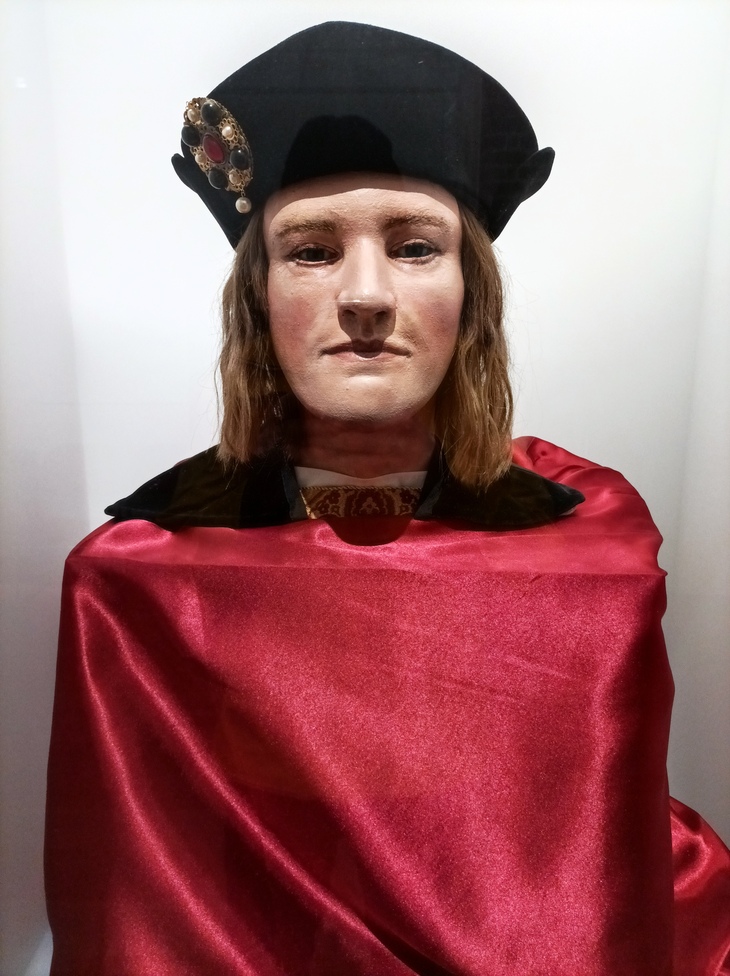 You can also visit Leicester Cathedral (temporarily closed) across the way, where the monarch was reburied, and, if you’re really getting into this, buy a Richard III walking tour guide from the visitor centre gift shop. They probably do tea towels, too.

And if you can get your head around the clusterf**k that was the War of the Roses, you’re a smarter person than us. 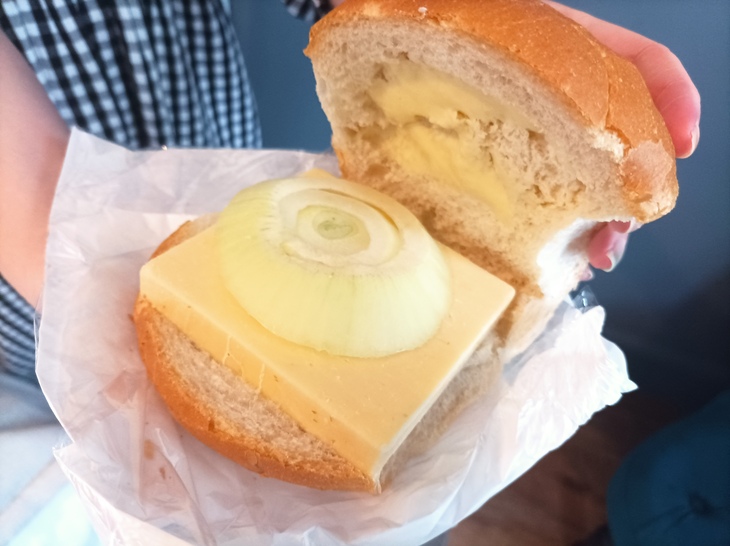 The holy grail of cheese rolls, at the Blue Boar. Image: Londonist

Richard III segue: it’s rumoured that he spent his final night or two before the fateful Battle of Bosworth in an inn called the Blue Boar, bringing along his own bed because, well he was a king and that’s the kind of diva-ish behaviour we’d expect. Anyway, some shortsighted numbnuts demolished the pub in 1836, but today, there is another Blue Boar. If you cherish an ever-rotating casks of real ale (much of it local), folk music played round the table, plus industrially-filled cheese and onion rolls* on the bar — you’ve found your special place. Not saying we’re obsessed with the Blue Boar, but we might have visited fours times in three days. 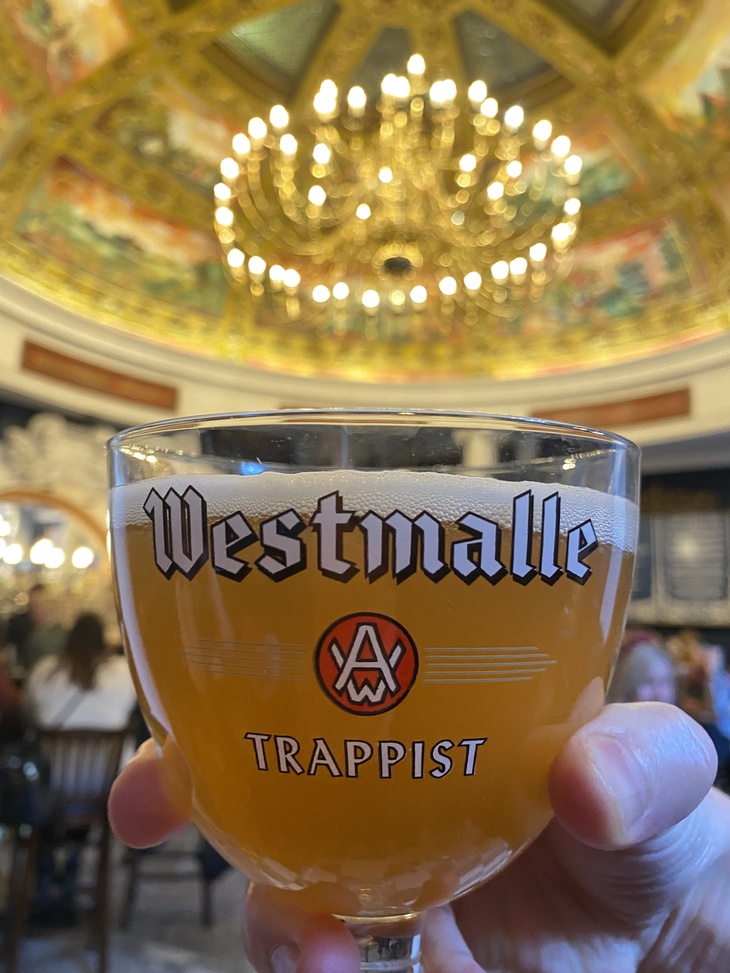 Raise a goblet to this stunning ceiling at Café Bruxelles. Image: Londonist.

Other bars well worth a drink in include the Two-Tailed Lion (handily right next door to the Blue Boar, but more keg craft on beer-wise), the West End Brewery (has an almost community feel to it, plus they do a beer called Car Park King), and Café Bruxelles, with a beaux art rotunda that’ll knock you for six (along with the punchy Belgian brews).

Which brings us to another point…

Parts of Leicester are actually quite picturesque 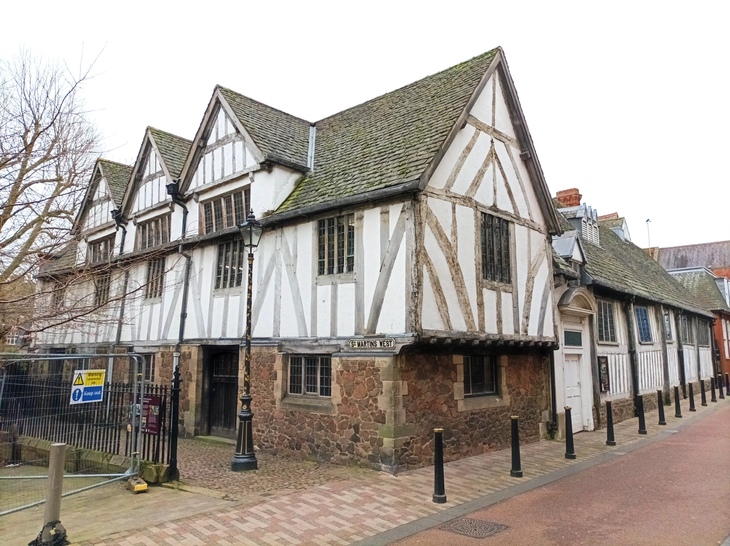 Much like Coventry will occasionally whack you round the head with a surprise timber-framed beaut, so does Leicester. Look, we’re not saying it’s Stratford Upon Avon, but the historical centre — home to the cathedral and 630-year-old Guildhall — are particularly lovely. The town centre’s got a few landmarks worth looking out for too; the Turkey Cafe — which is indeed festooned with turkeys — looks like it was nicked from Brussels along with the aforementioned Café Bruxelles, and then there’s Abbey Park to the north of the city centre, with its romantically-ruined abbey, and Japanese Garden — perfect for working up a hunger pre-roast on a Sunday.

The curries are boss 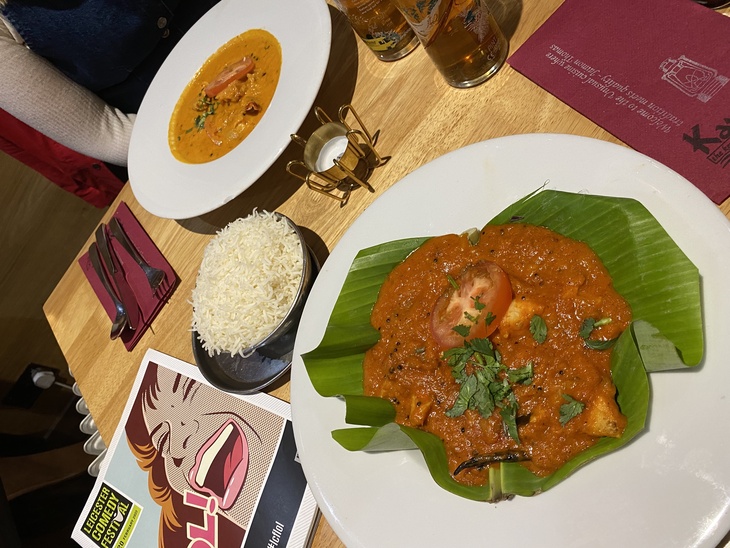 Leicester is home to over 90,000 Indian residents, and guess what, there’s some some seriously good Indian cuisine going down. On our visit, we plumped for Kayal, a spot not far from the station which specialises in Keralan fish dishes, such as Alappuzha konju masala (a coconutty prawn curry), and the meen poricchathu (sea bass stuffed with prawns – how’s that for fancy).

That’s all we had time to check out (we were otherwise too busy scoffing those cheese rolls), but other curry establishments held in high regard here include Spice Bazaar (patronised, so the VIP gallery wall tells us, by the legendary likes of John Cooper Clarke and Englebert Humperdinck); and Bobby’s, which has been feeding veggie curries to the city since 1976.

As chance would have it, Leicester is also where Currys (as in the place you might buy fridges and laptops from) was established, when Henry Curry set up a bicycle building business here in 1884. So there you go.

Other things to do in Leicester 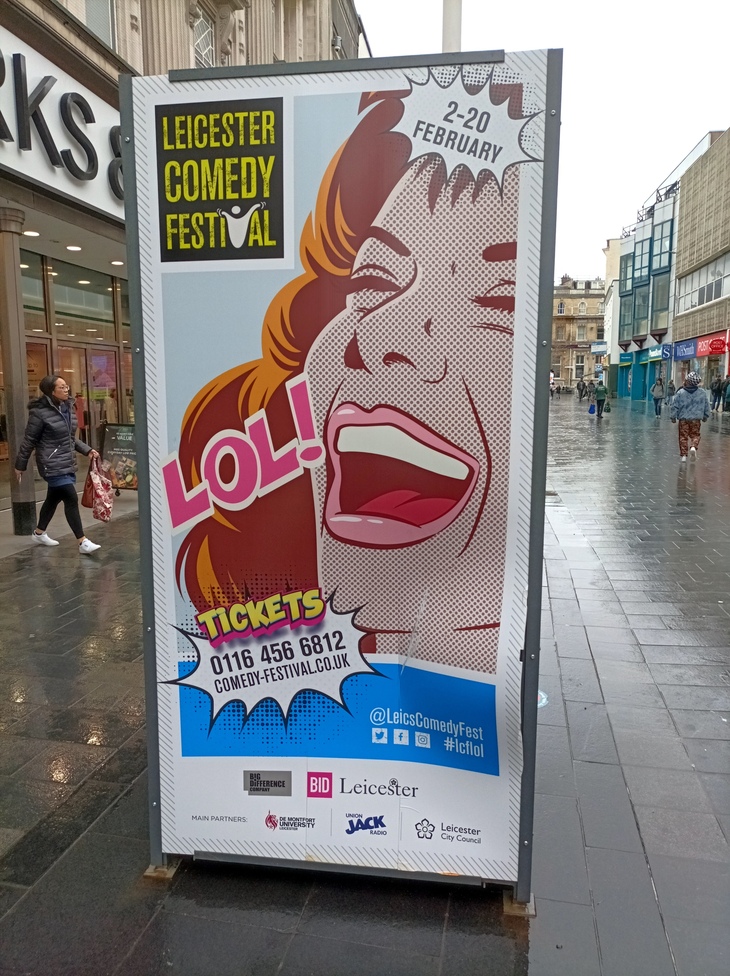 It’s that laughing woman from the curry photo. Image: Londonist

*Rolls are called cobs in these parts — you’ll soon get used to it if you eat as many cobs as we did.

**Made that up but might not be far off

The Voice Notes We Shared