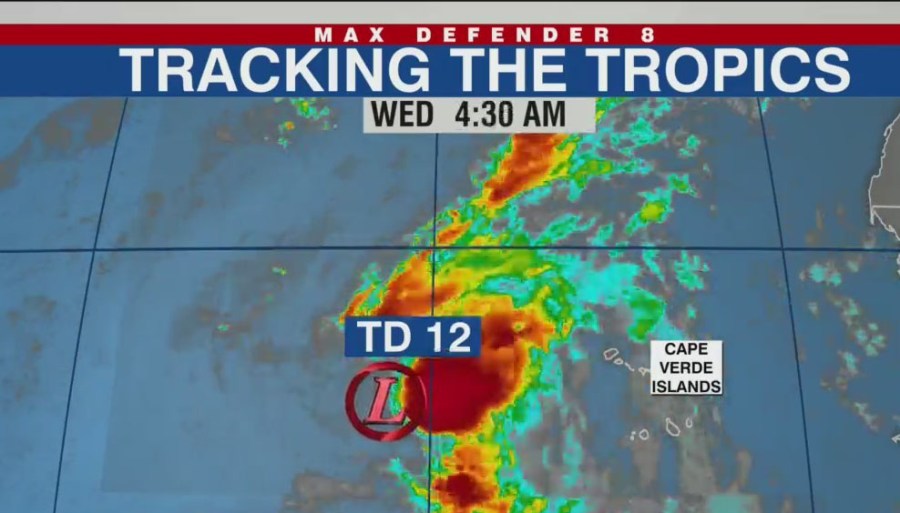 TAMPA, Fla. (WFLA) — A tropical depression over the Atlantic is forecast to weaken in the coming days and fizzle out, according to the National Hurricane Center.

At 5 a.m. Wednesday, Tropical Depression 12 was about 480 miles west of the Cabo Verde Islands with maximum sustained winds near 35 mph, the NHC said in its 5 a.m. advisory.


2022 Hurricane Guide: Prepare your family before a storm

The system was moving northwestward with little change in strength, and will likely continue that northwestward trek through Thursday, the center added.

“Little change in strength is forecast and the system is expected to dissipate in a couple of days,” the advisory said.

Forecasters are also watching a broad area of low pressure with showers and thunderstorms just east of the Windward Islands.

The system, which formed Tuesday afternoon, has a high chance of developing into a tropical depression as it moves westward over open waters through those islands and into the Caribbean Sea, and enters conditions favorable for development, the center said.

Regardless of development, it is expected to produce bouts of heavy rain with localized flooding over portions of the Windward Islands, northern portions of South America, and the ABC Islands over the next couple of days.

The next named storm of the 2022 Atlantic hurricane season is Julia.

I Saw Kendall Jenner and Katie Holmes IRL—They Made Me Want...