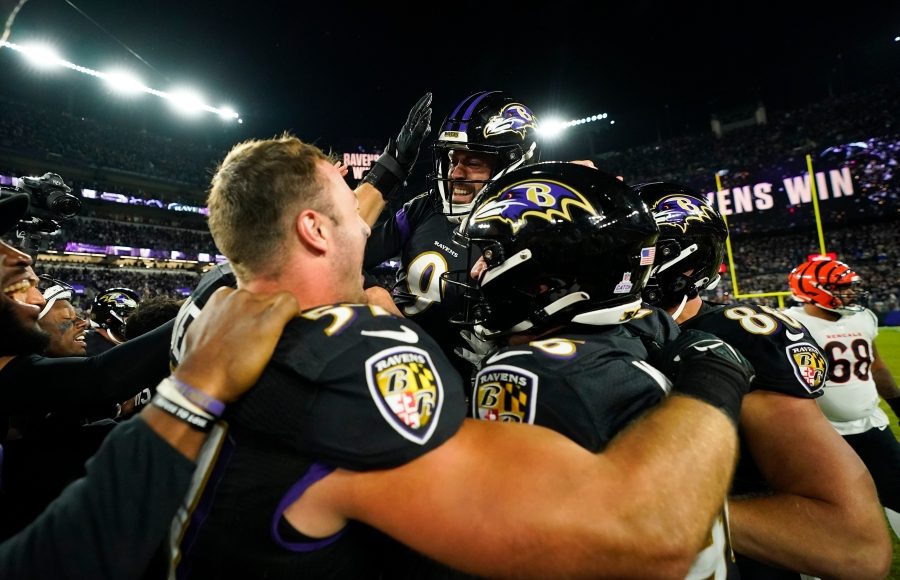 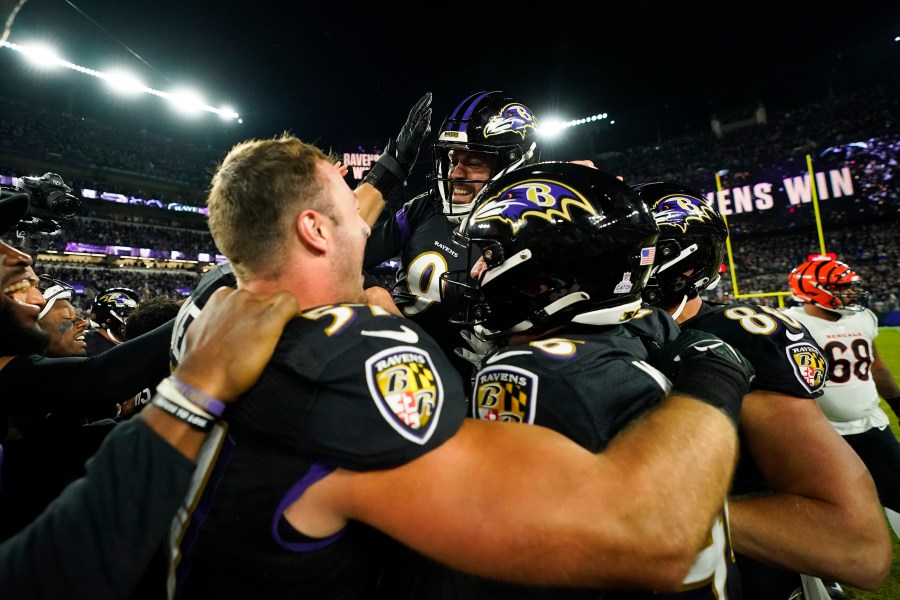 BALTIMORE (AP) — Justin Tucker kicked a 43-yard field goal on the final play to lift the Baltimore Ravens over the Cincinnati Bengals 19-17 on Sunday night and into sole possession of first place in the AFC North.

Tucker also made a 58-yard kick in the third quarter, and even when the Ravens (3-2) fell behind 17-16 on Joe Burrow’s 1-yard sneak with 1:58 remaining, they could feel confident because they only needed a field goal. Tucker’s game-winner extended his streak to 61 straight successful field goals in the fourth quarter and overtime.

Lamar Jackson shook off a rough night passing, leading the Ravens with his arm and his legs on the winning drive. Baltimore blew leads of 21 and 17 points in its previous two home games when it lost to Miami and Buffalo. The Ravens squandered a 10-point lead in this one but recovered.

It was a remarkable turnaround for the Baltimore defense, which allowed 41 points in each of two losses last year to the AFC champion Bengals. This time the Ravens kept Burrow and Ja’Marr Chase mostly under control and pulled off an impressive stand in the third quarter after Cincinnati (2-3) had first-and-goal from the 2.

The Bengals trailed 13-10 when they wasted that opportunity. The key play was a 12-yard loss when Cincinnati tried a reverse pass on second down. A third-down completion put the Bengals back at the 2, but then a shovel pass on fourth down went incomplete.

The Ravens then drove all the way to the other end of the field for a short field goal that made it 16-10. Tucker’s earlier kick from 58 had broken a 10-all tie.

Baltimore took a 10-0 lead on Jackson’s 11-yard scoring pass to Mark Andrews in the second quarter, but the star quarterback was intercepted in Cincinnati territory on the next drive.

The Bengals scored on a 19-yard pass from Burrow to Hayden Hurst, and the game was tied by halftime.

Madoff lawyer: I would take Trump’s case if asked