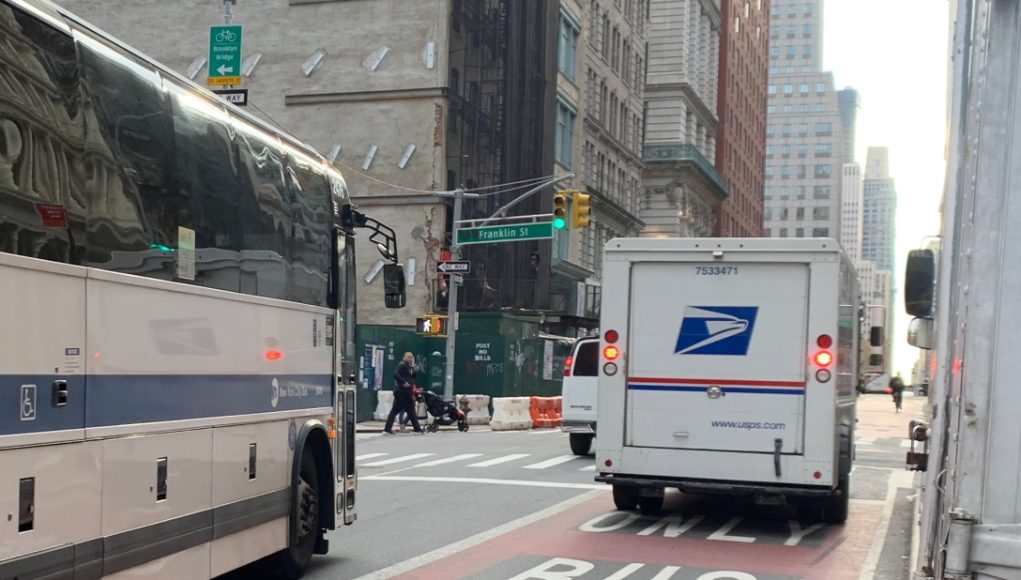 Advocates for the city’s beleaguered surface ridership reacted with outrage after reading Streetsblog’s exclusive on Monday that the Department of Transportation has already informed Mayor Adams that it will be unable to meet its legal requirements under the Streets Plan to install 20 miles of protected bus lanes this year, 30 next year, and, even the plan’s five-year, 150-mile bus lane obligation.

“Bus riders will hold Mayor Adams accountable for any shortfall of bus lanes required by the Streets Plan law,” said Riders Alliance Senior Organizer Jolyse Race. “Bus lanes are essential to speeding up the nation’s slowest buses and providing the fast and reliable service that New York riders need and deserve but have long been denied.”

Race added that the Streetsblog report of the Adams administration’s shortfall represents “an unacceptable step backward from the improvements riders won in recent years.”

“Rarely does City Hall’s widespread failure to get stuff done result in a more inequitable outcome than continuing to deprive low-income New Yorkers of precious time lost in stalled traffic,” she added.

“Political will is a huge part of this issue,” said Lind (whose organization is the parent company of Streetsblog). “We need leadership for the people and a culture of decisiveness in city government, not dysfunction.”

The main point, lost on the administration apparently, is that the Streets Plan is a requirement, not a goal.

“It’s not optional,” said Elizabeth Adams, the senior director of Advocacy & Organizing at Transportation Alternatives. “. “By failing to meet the requirements of the plan, New Yorkers are less safe. We deserve high-quality protected bike lanes, a network of bus lanes, and new car-free pedestrian space distributed equitably across the city. We are ready to work with Mayor Adams and DOT to get the NYC Streets Plan back on track.”

City Hall declined to comment on the brickbats being hurled its way, deferring to DOT’s statement in Jesse Coburn’s Monday story — namely that the agency disputes the story and remains committed to implementing the Streets Plan. Council Speaker Adrienne Adams and Transportation Committee Chairwoman Selvena Brooks-Powers also declined to comment — which is disquieting, given that the Council would be the body in charge of holding the Adams administration accountable if it fails to meet the requirement.

We will keep you posted.

In other news from an epically slow day:

This driver is NOT IN KANSAS ANYMORE — so why the Sunflower State license plate? That's obviously some CRIMINAL MISCHIEF, not that @NYPD76Pct is doing much about it. pic.twitter.com/6yEt8fwG5G