Teachbytes
Home Sports Underdog George Kambosos Jr slept in his GYM away from his... 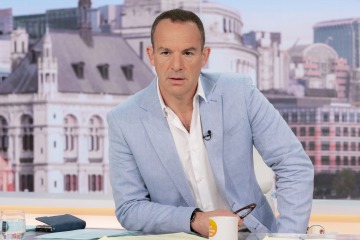 GEORGE KAMBOSOS JR went back to the darkness as an underdog ahead of his rematch with Devin Haney – by sleeping in his GYM.

The lightweight rivals do battle on Sunday in Melbourne, only four months after Haney won the undisputed crown.

George Kambosos Jr ahead of his rematch with Devin Haney[/caption]

So for his contracted rematch, he stayed away from wife Bec and their three young children in the comfort of his home.

Instead, the Australian slept on a mattress in his gym office upstairs after training, where he stationed himself for the past few months.

Kambosos, 29, told SunSport: “No distractions, that’s what I wanted. My gym is where I do my best work and that’s how I wanted it.

PUNCH IT IN YOUR DIARY

“I’ve got a nice office upstairs, put the bed in there, got a TV just to study old-school fights and obviously the first fight between me and Haney.

“For me, staying at my gym, I put in the work, then go upstairs and relax, my mind is focussed on one thing, it’s on a warpath.”

Kambosos shot to fame after upsetting Lopez, 25, a year after the American stunned the great Vasiliy Lomachenko, 34, himself.

And in his first title defence, he welcomed Haney, 23, to the Marvel Stadium with over 40,000 in attendance.

But the task of promoting the bout to an entire nation was among Kambosos’ distractions throughout the summer.

He said: “It’s a lot of work. When you’re champion you’ve got a lot of commitments and you’re focussing on building your brand.

“I had a stadium to sell, Haney was not going to sell the stadium, I was the one that doubled up on everything.

“Ultimately, it took a lot out of me but no excuses, Haney won the first fight but that’s why it was a two-fight deal. There’s two parts to this story.

I know come this Sunday, me at my best, the way I am, the way I’ve prepared this time as the underdog, back in the dark, I will beat this guy.

“You got me the first time, congratulations, you’re a good champion, total respect there but let’s see how you do it now when the kind of Ferocious turns up now without all of them distractions.”

Kambosos opted to exercise his right to an immediate rematch with Haney, opposed to cherry-picking opponents to guarantee himself a win.

He said: “The kind of fighter, the kind of competitor I am, I know my mistakes and what went wrong in preparation and the first camp, the kind of distractions I had.

“As a true competitor, I know come this Sunday, me at my best, the way I am, the way I’ve prepared this time as the underdog, back in the dark, I will beat this guy.

“I’m excited, after the loss I didn’t take it personal, I didn’t get too upset, it’s part of the game.

“Respect me that I fight the best, I didn’t take any tune-up fights.

“Again, why would I take a tune-up fight to try and get my rematch when it’s there on the table?

“I’m a true fighter and I will show that again this Sunday, I will do my talking in the ring.”

Devin Haney and George Kambosos Jr ahead of their rematch[/caption]

Lake refuses to concede in Arizona governor’s race she lost