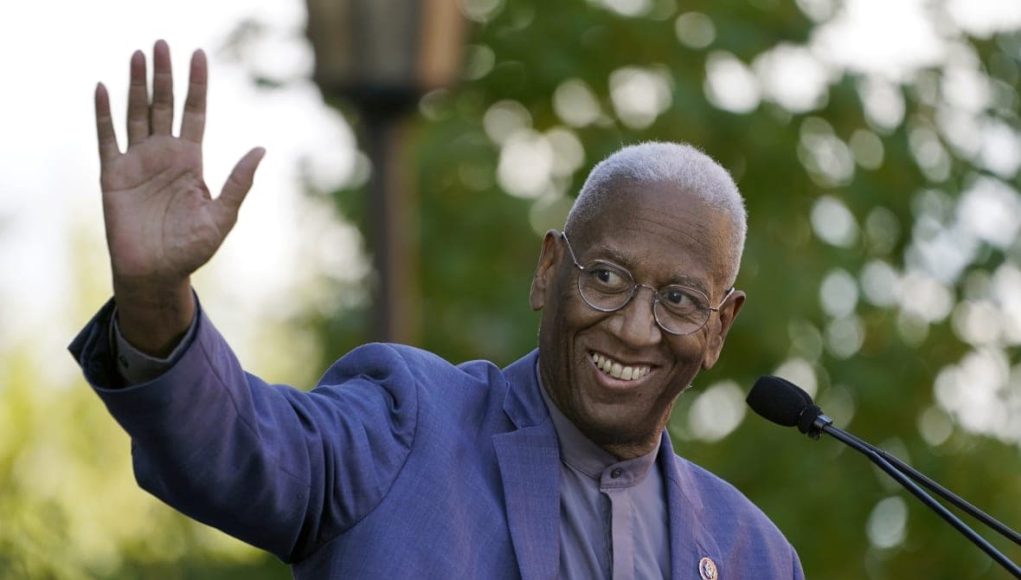 House Speaker Nancy Pelosi called her late colleague “a tireless champion for Virginia families and a force for economic opportunity and environmental justice.”

U.S. Rep. A. Donald McEachin, D-Va., died Monday after a battle with colorectal cancer, his office said. He was 61.

Tara Rountree, McEachin’s chief of staff, said in a statement late Monday: “Valiantly, for years now, we have watched him fight and triumph over the secondary effects of his colorectal cancer from 2013. Tonight, he lost that battle.”

McEachin represented Virginia’s 4th Congressional District, which includes part of Richmond and extends south to the North Carolina border. He was reelected to a fourth term earlier this month.

House Speaker Nancy Pelosi called her late colleague “a tireless champion for Virginia families and a force for economic opportunity and environmental justice.”

Sen. Mark Warner, D-Va., released a statement saying: “Up until the very end, Don was a fighter. Even though he battled cancer and faced other trials in recent years, he never lost his focus on social and environmental justice. Tonight, Virginia has lost a great leader and I have lost a great friend.”

Rep. Gerry Connelly, D-Va., called McEachin an “environmentalist, civil rights advocate, faithful public servant, and a man of consequence. There was no better ally to have.”

Aston Donald McEachin was born Oct. 10, 1961, in Nuremberg, Germany. His father was an Army veteran and his mother a school teacher.

He graduated from St. Christopher’s School in Richmond in 1979, then earned a bachelor’s degree at American University in 1982 and a law degree at the University of Virginia in 1986. He earned a master of divinity degree at Samuel DeWitt Proctor School of Theology at Virginia Union University in 2008.