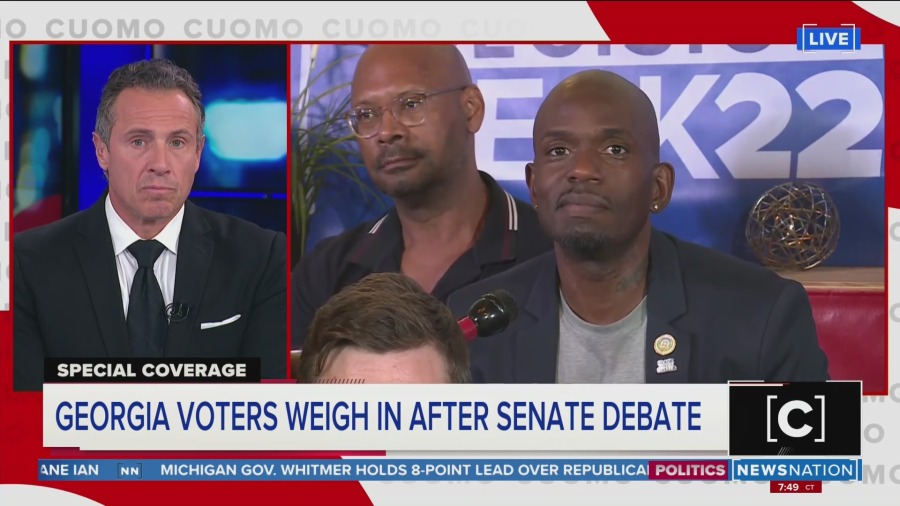 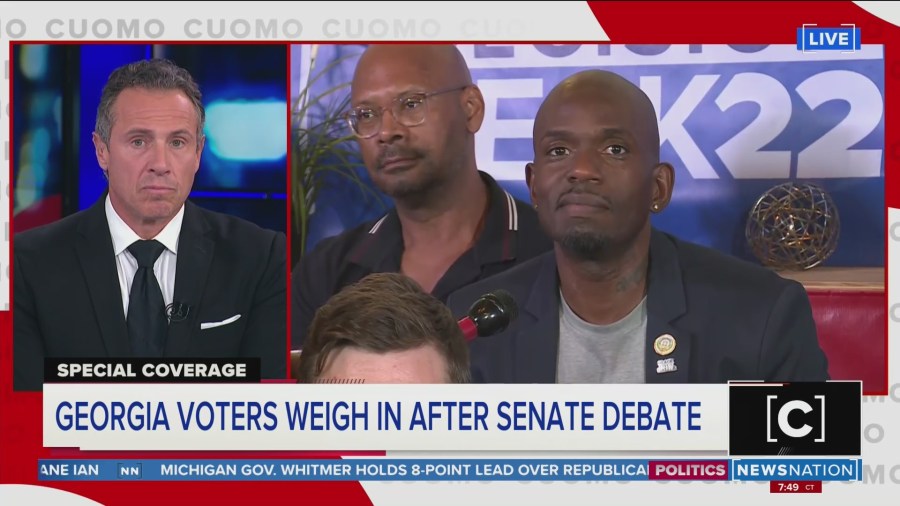 (NewsNation) — Weighing in on a debate between Sen. Raphael Warnock and Herschel Walker, Georgia voters said they were left disappointed, uncertain and unmoved by the performances of both men.

In a post-debate polling of a sample of watchers on-site, not a single one in the group of about 20 raised their hands when asked if the debate changed their mind about who they will vote for. All said they plan to vote.

South Fulton, Georgia, Mayor Khalid Kamau said he was disappointed by the candidates’ performance. Kamau said he would vote for Warnock, but wished he was more candid.

“I think they both could sharpen their messages a bit more,” Kamau said.

Another voter, Sharon, said she not disappointed in the candidates, but rather people who criticize the current Walker for his past problems.

“Herschel Walker has been extremely transparent, and I never had any doubts about the fact that he had skeleton in his closet,” she said. “To picture him in that same light is grossly unfair to all the people who are willing to go and get help when they have mental issues.”

Watch what the rest of the viewers had to say in the videos above and below.

Storms form ahead of Thursday’s front