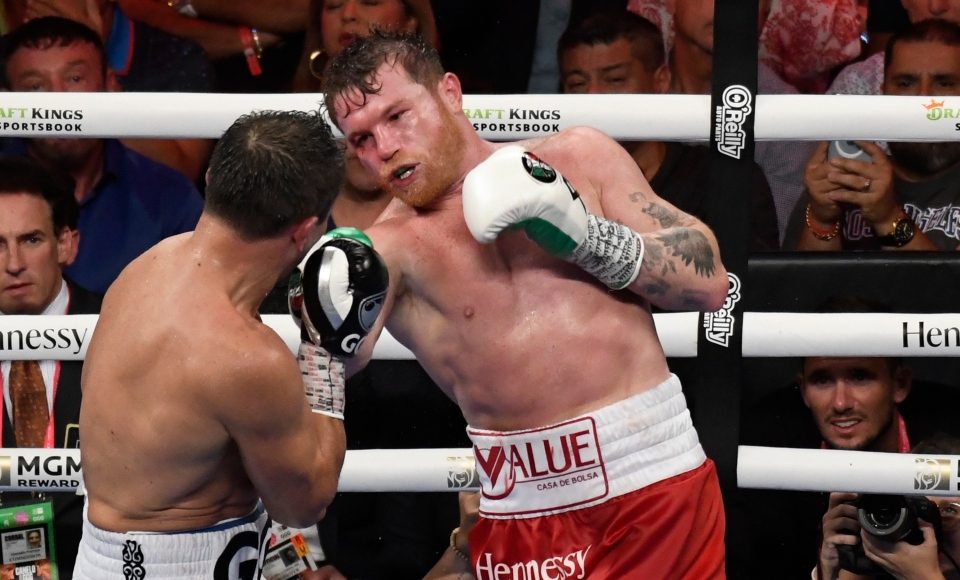 The Mexican star dominated Golovkin as he settled his trilogy with the 40-year-old once and for all.

After the points win, Canelo beamed as he was joined backstage by his beloved daughter.

Maria Fernanda ran into her dad’s arms, doing a twirl as her proud dad danced with her in celebration.

She then gave her old man a big hug as they were reunited following his win.

Maria Fernanda was born in 2017, with Canelo’s wife Fernanda Gomez her doting mum.

She is one of the super middleweight king’s three kids, with eldest Emily Cinnamon, 16, born to his childhood sweetheart Karen Beltran.

He also has four-year-old son Saul Adiel Alvarez from his past relationship with Nelda Sepulveda.

After his win last night, Canelo sought to squash any animosity with old foe Golovkin.

He said: “Thank you so much my friend. Thank you for everything.

WALK IN THE PARK

“We gave the fans three good fights and thank you for everything, okay.”

Triple G then said: “I want to shake hands with Canelo, congrats.

Canelo, who lost to Dmitry Bivol at light heavyweight last time out, added: “I’ve gone through some difficult things in my life and the only thing you can do is continue to move forward.

“I’ve gone through difficult times recently with my defeats and I’ve actually shown that defeats are great because it enables you to come back and show humility.”