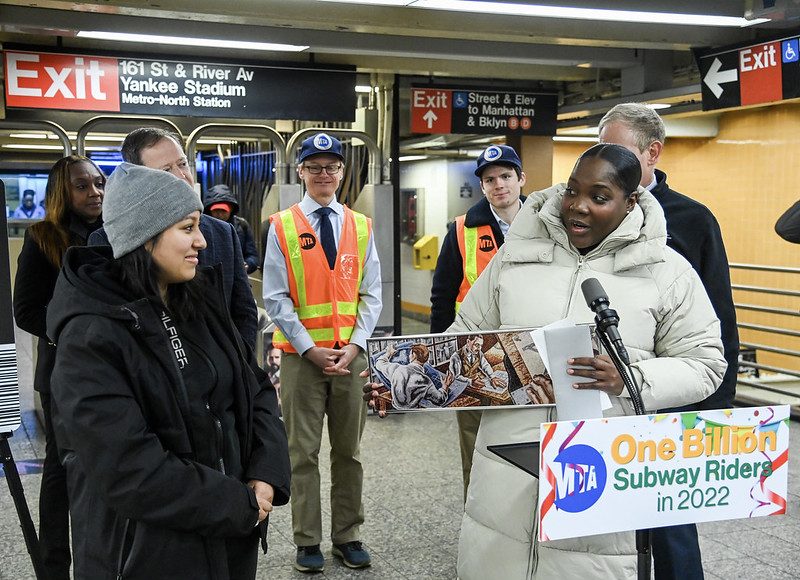 The big photo op of the day was the MTA’s celebration of its one-billionth subway rider of the year.

It’s a bit of a meaningless statistic, considering that before the pandemic, the billion rides threshold would have been crossed months ago.

Indeed, as the Daily News put it, “By passing the 1 billion mark on Tuesday, the MTA has grown ridership by about 32 percent this year. But that figure is still 41 percent below the pre-pandemic 2019 ridership count.” (amNY also covered.)

Still, it was nice to see some reason for good cheer, so we salute you, o billionth rider, Sasha Salazar!