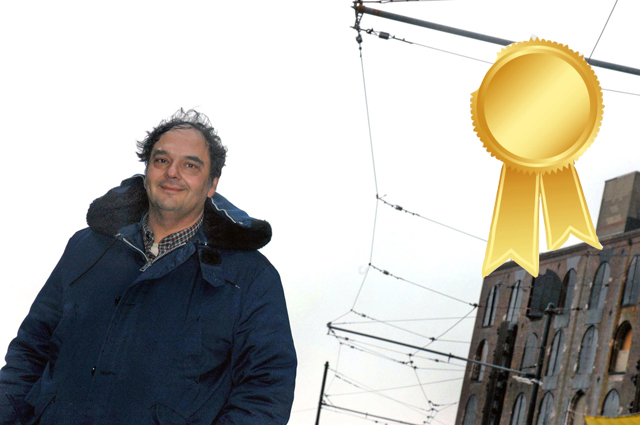 Here’s another good opportunity to remind you why we pass around the hat every December: Simi Horwitz’s obituary of would-be Brooklyn trolley king Bob Diamond — which we published last year — just won a first place award from the LA Press Club.

Judges in the online personality profile category called Horwitz’s deep profile, “The Ultimate Obit: The Real, Unabridged Warts-and-All Saga of a Brooklyn Trolley King” — a “compelling” look at an “offbeat loner who won’t let go of his dream despite the bureaucratic hurdles he faced.”

We bring up Horwitz’s award during our December donation drive because it’s yet another example of the great work we can do with a few generous contributions from you, dear reader. Great staff writers don’t come cheap these days, nor do great freelance pieces. So give if you can — and you, too, will get a place in an upcoming day’s contributor honor roll. Here is today’s thank-you: Thanks, Ken! (And the rest of you, get giving!)

In yesterday’s news — it was exceptionally slow:

And that’s all, folks.

MUST WATCH: Jack Posobiec SLAMS Biden for ‘the most violent speech...