Teachbytes
Home Politics Who could replace Liz Truss as UK Prime Minister if she steps... 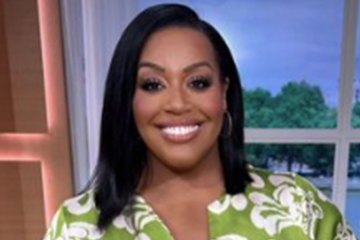 PRESSURE is mounting on Liz Truss to step down as Prime Minister as a number of her own MPs went public with their demands for her resignation.

But who could replace Ms Truss if she is forced out as Conservative Party leader? And who is the favourite for the job?

Who could replace Liz Truss as UK Prime Minister if she steps down?

Tory MPs Crispin Blunt, Andrew Bridgen and Jamie Wallis have all publicly stated they believe she should resign.

Mr Blunt, who was the first Tory MP to publicly call for Ms Truss to resign, said “the game is up” for the Prime Minister.

It comes after the PM ditched a major chunk of the mini-budget and sacked Kwasi Kwarteng as chancellor, replacing him with Jeremy Hunt.

According to The Daily Mail, more Tory MPs are planning to try to oust the Prime Minister this week, with more than 100 ready to submit letters of no confidence.

Liz Truss apologises for ‘mistakes’ and going ‘too far, too fast’

But who could replace Liz Truss if she is ousted as Prime Minister?

Ex-Chancellor Rishi Sunak picked up the most support among Tory MPs in the initial stages of the leadership race for his handling of the economy especially through the pandemic.

But members didn’t back his bid believing he stabbed Boris Johnson in the back with a dramatic resignation triggering his downfall.

Odds according to Betfair Exchange – 7/4.


Liz Truss apologises for 'mistakes' and going 'too far, too fast'

Defence Secretary Ben Wallace didn’t put himself forward as a candidate in the summer 2022 contest, but Tory MPs see him as competent and a safe pair of hands.

The former Scots Guards infantryman completed two operational tours of Northern Ireland before he started his political career as a Member of the Scottish Parliament then became the MP for Wyre and Preston North in 2005.

Odds according to Betfair Exchange – 5/1.

Jeremy Hunt ruled out standing again as party leader having lost to Boris Johnson in 2019 and only secured 18 votes when he stood in 2022.

Vastly experienced having served at Culture, Health and at the Foreign Office.  But remains divisive in the party due to backing Remain in the Brexit vote.

Odds according to Betfair Exchange – 9/2.

Penny Mordaunt appeared a favourite with members during the leadership race, but she finished third.

But the ex-Defence Secretary came under fire at the party conference for saying it “makes sense” to raise benefits in line with inflation rather than wages.

Odds according to Betfair Exchange – 9/1.

Hardline Suella Braverman appears not to have given up hope of reaching Downing Street after hitting the limelight with her failed 2022 bid.

The Home Secretary has already had a major row with Ms Truss demanding to cut immigration numbers from the current 239,000 to the tens of thousands.

Alison Hammond looks thinner than ever backstage at This Morning

She has been attacked by India for saying she has “reservations” about relaxing visa rules as part of any trade deal between the two countries.

Odds according to Betfair Exchange – 33/1.

Women to get more rest between hoop games at next World...