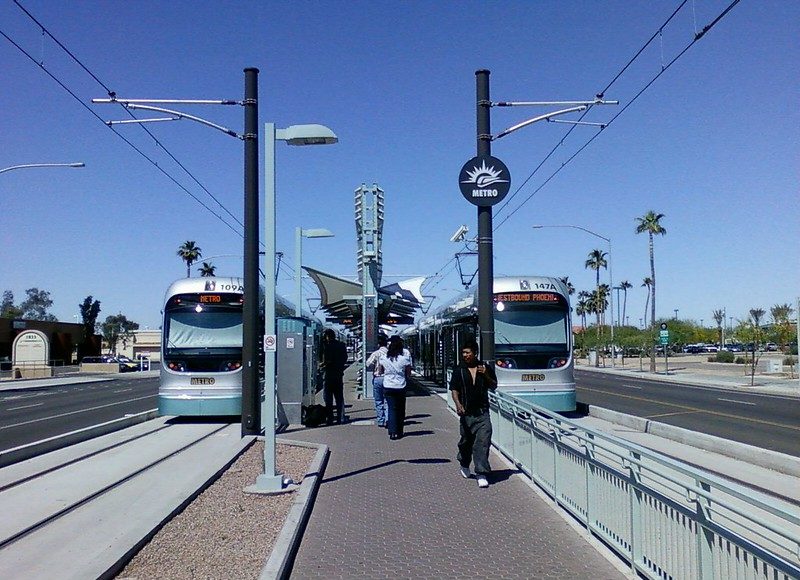 Editor’s note: This article originally appeared on Transportation for America and is republished with permission.

Back in May, we wrote about Executive Order 14008, signed by President Biden a week after his inauguration to establish an initiative known as Justice40. This is the administration’s effort to fulfill Biden’s campaign promise to direct “at least 40 percent of the overall benefits from federal investments in climate and clean energy to disadvantaged communities.”

At the time, we identified two main concerns with Justice40’s upcoming implementation. First, because over two-thirds of the money that USDOT distributes is through formula funds, we were worried that USDOT didn’t actually have the ability to direct 40 percent of its investments to disadvantaged communities. Second, we were concerned whether the concentration would actually help those communities, especially given what happened the last time the federal government concentrated transportation spending within marginalized communities.

Now, based on information that USDOT has released shedding light on their plan to implement this policy, as well as a webinar the agency conducted on November 17, 2022, we have a much clearer picture of how much money will be subject to Justice40 and what projects it may be used to fund.

One word worth tens of billions of dollars

USDOT stated in its webinar that it plans to apply Justice40 to approximately $204 billion of funding, which is slightly more than the sum total of its discretionary funding as authorized in the 2021 infrastructure law (the Infrastructure Investment and Jobs Act or IIJA). However, based on the list of covered programs, over one-fifth of that is formula funds over which the agency has questionable control.

For example, the Carbon Reduction Program and National Electric Vehicle Infrastructure (NEVI) Formula Program together have just over $11 billion authorized by the IIJA. Both of these programs require states to detail how they plan to spend these funds before receiving them. If USDOT wants Justice40 to apply to these programs in more than name only, it could threaten to withhold funds from states with inadequate plans. However, this muscular implementation strategy would result in substantial political backlash and possible legal challenge.

Similarly, the Congestion Mitigation and Air Quality (CMAQ) Improvement Program has some statutorily-required set-asidesthat the IIJA also mandates benefit “disadvantaged communities or low-income communities.” However, this set-aside is significantly less than 40 percent of the program’s total funds. This calls into question whether the department will actually be able to apply Justice40 to this and other less-prescriptive formula programs.

These discrepancies extend to the whole Justice40 umbrella. The 39 programs seem to be authorized at $20 billion less than the agency claimed in its webinar. By either estimate—ours or USDOT’s—the department’s Justice40 targets are tens of billions of dollars below 40 percent of surface transportation spending. This may explain why the department’s language defining Justice40 in its webinar changed to “that at least 40 percent of certain federal investments flow to disadvantaged communities” (emphasis ours).

Thankfully, how the money going to Justice40 communities is being spent is much more promising. This starts with defining the disadvantages a community must face to identify as a Justice40 community. The agency focuses on six criteria—transportation, health, environment, economic, resilience, and equity—to inform these decisions.

First of all, a 30-45 minute commute is pretty standard and not generally seen as a disadvantage. Second, the only mode with a time focus is driving, while transit trips tend to be much longer creating a much bigger disadvantage to those impacted. And finally, this kind of measure has typically been used to justify the same old highway expansions that are at least as likely to create problems for disadvantaged populations. It is just one factor of many, but this is one area where the administration could improve and lead the way in modernization by using a multimodal access measure.

Thankfully, the other five criteria of disadvantage more than make up for this. Access to jobs and services, as opposed to travel time, is mentioned in both the health and economic categories. The environment criterion focuses on “pollutants and poisons,” and equity criterion highlights shared communal discrimination and oppression, much of which can be tied directly to highway infrastructure. Together, these criteria imply that Justice40 funds will go to the right places.

USDOT also considers benefits and burdens beyond just dollars and cents in its five impact areas: safety, jobs and economic competitiveness, resilience, access, and emissions. In both safety and emissions, increased speeds and traffic volumes are identified as burdens. Reducing congestion and improving traffic flow are even listed as ways to introduce these burdens. In at least one part of USDOT, it seems that the 1970s-induced fear of idling’s impact is finally in the rearview mirror.

The jobs and economic competitiveness category speaks to the focus on increasing the vitality of communities, even linking air quality to economic competitiveness. By even mentioning access, but expressly describing division of a community as a burden, the agency’s entire effort to implement Justice40 is imbued with the spirit of the new Reconnecting Communities Program.

Still, there are places to improve. Construction impacts are described as a burden without discussing different types of construction impacts. Building improvements for transit or active transportation is disruptive, but they are temporary compared to the permanent disruption of many highway projects. In addition, the resilience category rightly mentions judging a project’s ability to withstand an accelerating climate crisis. But, adjudicating whether an individual project would help speed up said climate crisis—such as by entrenching emissions-intensive modes of transportation—could ensure that Justice40 doesn’t fund projects that sow the seeds of other projects’ destruction. Furthermore, these drawbacks don’t change that USDOT conceives of benefits to communities as more than lines in their local and state DOTs’ balance sheets.

But the agency also seems set to ensure that they are actually able to deliver said benefits. Whether or not they control all of the funds they claim to, the programs they apply to Justice40 are overwhelmingly climate-friendly and community-connecting. Nearly one-fourth of the funds the agency will apply the initiative to are for rail programs. The covered Federal Highway Administration programs aren’t ones that easily allow for building more lanes: CMAQ is explicitly dedicated to VMT reduction and the Congestion Relief Program has many eligible applications that will be looked upon favorably given the agency’s definition of benefits and burdens. Especially important is the $30 billion under the purview of the Federal Transit Administration, given the disproportionate reliance of historically underinvested-in communities on transit. Choosing programs like these means the investments being made in Justice40 communities will be good for equitable access to economic opportunity, public health, the climate, and quality of life.

According to the agency’s website, these targeted infusions of resources are “not a one-time investment.” Making information about grant programs more accessible and creating tools developed to help communities bolster their applications to these programs are two efforts that reflect this desire to lower administrative burdens far beyond the end of a Biden administration.

Justice40’s long-term impact will be most greatly influenced by state capacity. For decades, planning capacity in the United States has slowly atrophied, like soil during a drought, with significant repercussions. This means that when Congress rains new resources down as it has with the IIJA, DOTs are unable to take full advantage of it. This can be seen even at the federal level: methodical steps taken by staff since the very week the initiative was announced still haven’t covered new formula programs like the Carbon Reduction Program, about a fifth of authorizations.

Fully implementing this initiative was always going to take years, and USDOT’s webinar acknowledged that transportation policy will continue past the IIJA, detailing ways that states and MPOs can include Justice40 principles in their longer-term plans. When combined with the types of projects that will likely be delivered, this has the potential to make the initiative transformational for U.S. transportation policy. However, whether it is a one-time investment, whether resources make it from the balance sheets to the streets—whether Justice40 becomes runoff or soaks deep enough to change how communities across the country move through their day-to-day lives—depends on each state’s capacity and commitment to the goals of the initiative.