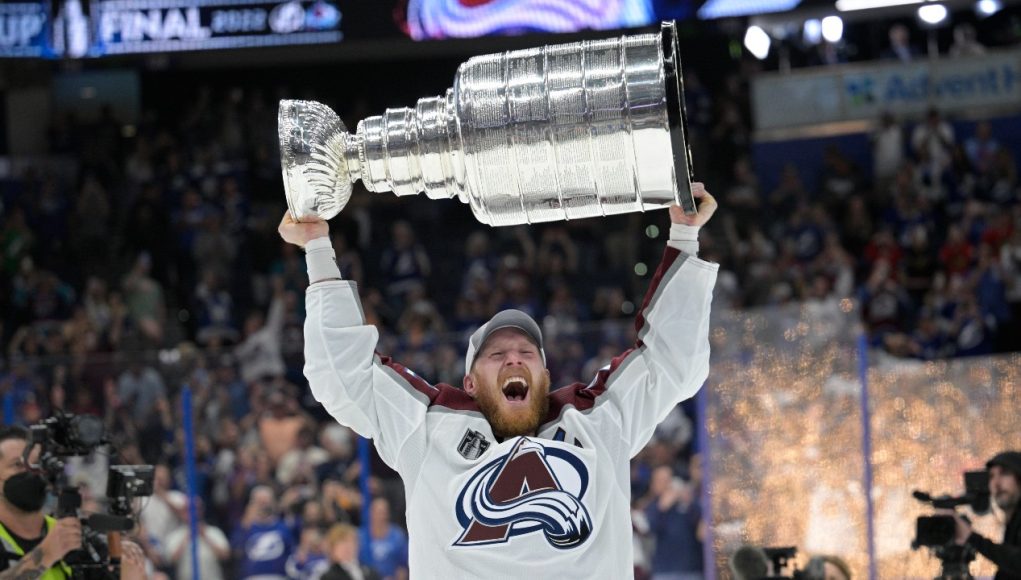 DETROIT – The pregnant pause from Nate Schmidt was unofficially clocked at 11 seconds and this was not done for dramatic effect.

As the Winnipeg Jets defenceman took some additional time to ponder how he was going to answer a query about why his team looked a little bit loose defensively during the past two games, you got the sense he wasn’t ready to fully divulge what was on my mind.

It was clear Schmidt understood the importance of choosing his words carefully in this situation.

He wasn’t interested in pointing fingers, nor was he about to try and spin things by saying there was nothing to see here after the Jets fell 7-5 to the Detroit Red Wings on Tuesday night, a loss that snapped their season-high five-game winning streak.

“I don’t really know. We want to get into games and get offence and you want to continue getting offence, but sometimes you realize what you have done has worked. You don’t have to go looking for it,” said Schmidt. “We’ve just relied on (Connor Hellebuyck) to be so good for us that maybe that slips away or it just starts to slide a little bit and you make it a little bit harder for yourself when you dig yourself a 3-0 deficit in the first 10 minutes of the game.

“I just think that we’ve been giving up way too many chances against. Not just chances that are lots of shots. We’re giving up a lot of Grade A and Grade B chances. It’s a little bit uncharacteristic of us right now. We’re getting all of the offence we can get. We have enough to win in a game like (Tuesday). It just comes down to us as guys to realize that’s not going to be the brand that we can win with.”

On a team that prides itself on the improvements they’ve made on the defensive side of the puck during the first half of the season, allowing 11 goals (one into an empty net) quite simply isn’t a blueprint for success.

That’s not going to cut it.

Schmdit knows it, his teammates know it and Jets head coach Rick Bowness knows it.

The past two outings – including the 7-4 victory over the Vancouver Canucks – were examples of those old (and bad) habits taking more time to fully be rooted out.

Sure, there were plenty of dominant moments and enough offensive outbursts to celebrate, but some of that high-octane activity came at the expense of the finer details this group prides itself on.

That’s a trend that quite simply can’t continue, and the video sessions that take place over the coming days will surely reinforce examples of how playing the game the right way have allowed the Jets to reach the midway point with a record of 26-14-1.

“Well, we’ll tighten it up. We’ll address the issues that we saw that we didn’t like,” said Bowness. “We gave up some chances early that we never give up. We had more than enough chances to win the hockey game. We had 85 shot attempts, we had a ton of scoring chances even at the end with the goalie out.”

The Jets have put themselves in a solid position at the midway point, there’s no question about that.

But things need to get tightened up quickly if the Jets want to remain in this battle for first place in the Central Division with the Dallas Stars, who moved three points up on Tuesday by winning in a shootout (though the Jets hold one game in hand).

The next opportunity to try and return to form comes Thursday when the Jets continue a three-game Eastern Conference road trip against the Buffalo Sabres, who just so happen to lead the NHL in goals per game.

“There’s lots of parts of our game that you like, things that we’ve done really well over the first half of the year,” said Schmidt. “This is the time of the year, though, (when) things start to buckle down. You give teams chances, they score. When you start heading into the back half of the year, players are dialled in, they’re feeling the flow, they’ve gotten into the rhythm of the season.

“That’s what just makes it more important than ever to stick to your structure.”

The early stages of this game weren’t pretty, as the Jets fell behind early, giving up a goal just 76 seconds into the contest, another before the game was eight minutes old and then a third at 15:27, moments after a Red Wings power play had expired.

Things appeared to be on the verge of going off the rails quickly.

However, the Jets got a goal less than two minutes later to make things interesting, but they trailed by a pair on four more occasions before the final buzzer would sound – the last one coming when Lucas Raymond sealed it with an empty-netter with 80 seconds left in regulation.

The Red Wings also did a good job of cashing in on a lengthy two-man advantage late in the second period, getting a goal from Dylan Larkin that made it 5-3.

That goal came after Adam Lowry was unable to get the puck out of the zone past Moritz Seider, who made a nice play at the offensive blue line to keep the play alive.

Seider had four assists in the contest and was a force in just over 23 minutes of play.

This was not a banner night for Jets goalie and team MVP Connor Hellebuyck, who gave up six goals for just the second time this season in what was his 31st start in 41 games.

Hellebuyck has bailed out the Jets on numerous occasions this season and his track record suggests he’ll be given an opportunity to quickly regroup and put this performance behind him.

“He’s a battler. He’s our guy. He’s won us a lot of games this year,” said Bowness. “He’s going to win us some more. We could have scored enough goals to win that game. Simple as that.”

Flames suffer yet another self-inflicted overtime loss vs. Blues

London’s cycle hire scheme has its busiest year ever