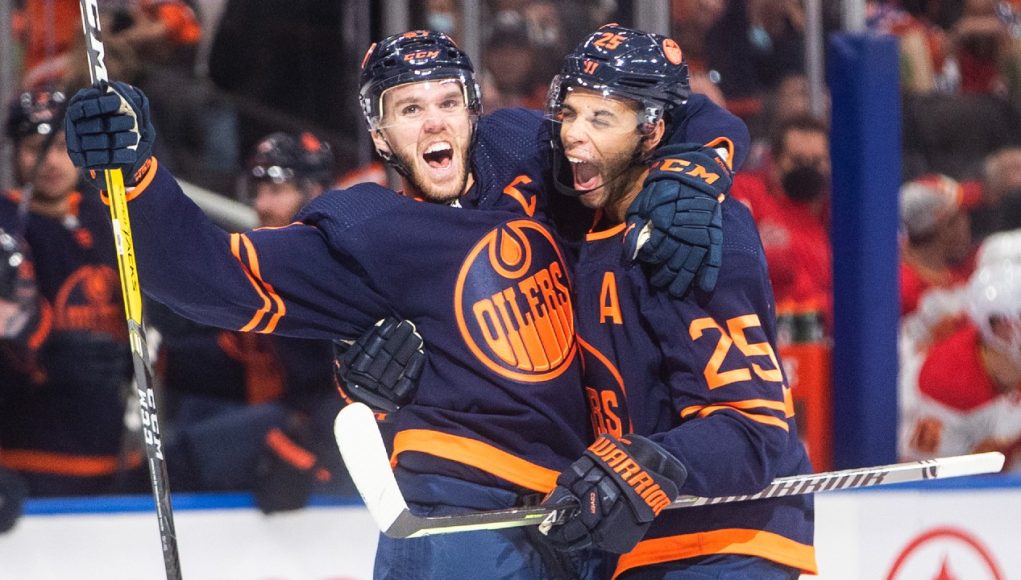 EDMONTON —  They played like a team that was owed two points. As if, like the 18,297 fans, the Seattle Kraken had paid their way in to witness the mighty Edmonton Oilers dangle through another evening, just happy to have a front row seat to watch Connor McDavid tack on a few more points en route to his Art Ross Trophy.

So the Edmonton Oilers did the same, putting their feet up and taking the night off.

“It is consistency. It is doing it every single night,” said Zach Hyman, an intelligent — and increasingly frustrated — spokesman in this dressing room. “We talk about it, but you have to go out there and do it for the entire game.”

McDavid scored the 2-0 goal 48 seconds into the second period. As the home fans leaned comfortably back into their chairs thinking it would be an easy two points, the rest of the Oilers players looked up and collectively said, “Hold our beer.”

They stood around and watched as well. The same as they had just before Christmas, when a 2-0, home-ice lead against Vancouver had ended in a 5-2 loss to the Canucks.

“We just stopped playing,” said Hyman, of an 11-minute stretch of the second period where the Kraken scored four times. “We weren’t tight on checks and they had a couple of faceoff goals, which we talk about all of the time. We go over things and talk about it, but it is just mental lapses and not being hard on the puck.”

This team can be disturbingly soft, especially the blue-line corps.

If there was any disagreement over what the team needs as the Trade Deadline approaches, a night like this drives home the need for an assertive, hard-edged defenceman who can keep the slot clean.

Because the group Edmonton has right now needs help in that area.

How soft were the Oilers in their own zone? So soft that that this tweet arrived, mid-game, from a random fan on Twitter: “The other team is always between our defence and goalie,” stated Matt, whose keen observation boiled an intrinsic Oilers issue down to a scant few words.

“That’s never a secret to success,” said Edmonton blueliner Brett Kulak, when asked about Matt’s thought. “We stress that as a fundamental we want to focus on night in, night out, every single shift. Obviously we failed there for a few shifts and it was boom, boom, boom and we’re down by two goals and we’re chasing the game.

“It was hunger and determination around our net. We’re not picking up sticks or boxing guys out hard enough. And I speak for myself. I wasn’t good enough around the net and it cost us a couple of goals.”

Evan Bouchard was soft and inattentive on two other goals, on a minus-2 night for the struggling sophomore. Those who were blind to Duncan Keith’s value 12 months ago must surely see how lost Bouchard is without him this season, and in need of a rudder to point his attention where it is required.

And the rest of the team?

Well, this is mostly the same group that was as consistent as any team in the league from February on last season, a trait which we fairly thought would cement itself perhaps a little bit earlier this season. But here we are, in Game 39, with an Oilers team that can’t give its fans two good weeks in a row.

“We own it,” said head coach Jay Woodcroft. “Nobody is running away from it and we’re working our way toward trying to solve it and find a solution here.”

There is a general malaise around this team that sets in as soon as they find a modicum of success. And a black hole that has become glaring inside Edmonton’s Top 9 starts with a trio of wingers whose salaries add up to just shy of $9 million.

Between Kailer Yamamoto ($3.1 million), Warren Foegele ($2.75 M) and Jesse Puljujarvi ($3 M) the Oilers have committed $8.85 million to three players who have, through 39 games, returned nine goals and 25 points.

All three went pointless again last night — combining for two shots on net — as fully one-third of the Top 9 is made of a group that is, on average, each on pace for somewhere around six goals and 20 points apiece. For three million, you need, much, much more from each of those players — particularly considering they each spend much of their season playing with either McDavid or Leon Draisaitl.

More is required from everyone in this group, however.

Oilers to host Flames in 2023 Heritage Classic at Commonwealth Stadium

Take a trip in a magical glowing steam train