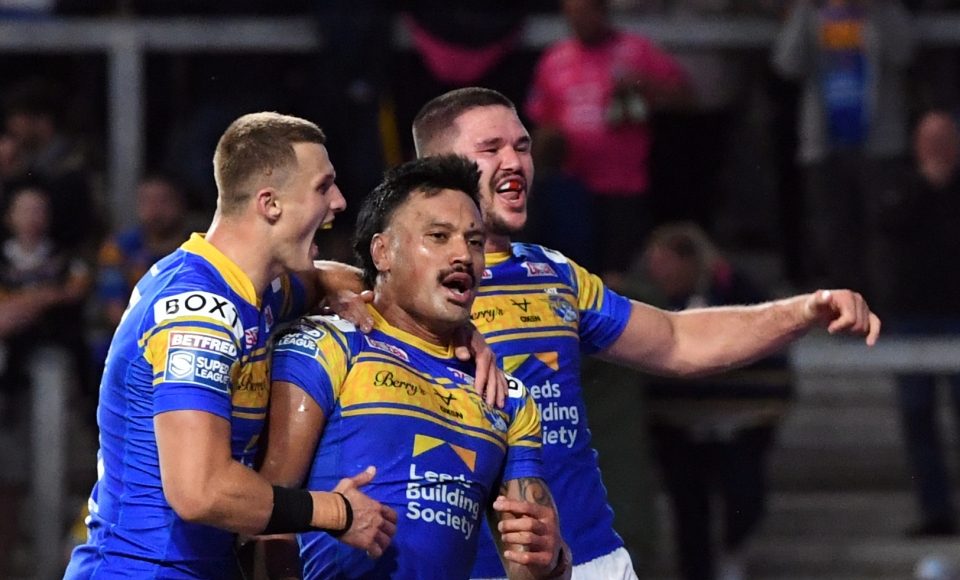 ZANE Tetevano has already sampled what playing at Old Trafford can be like – then turned it off as he had not actually reached there.

The Leeds prop will be one of their main men as they look to cap a remarkable rise with an unlikely Grand Final win.

But before the Rhinos had even booked their place, he had a taste of what the atmosphere at the Theatre of Dreams can be like.

Reality hit a short time later, though. Then it was out of the fast lane and into the zone he can control.

Tetevano, set to play for Cook Islands at this year’s World Cup, said: “Weirdly enough, I started watching the 2017 Grand Final on YouTube after it just randomly popped up.

“I watched the first five minutes of it but then I was like, ‘Oh jeez. I don’t want to get too far ahead of myself.’

“So I switched that off and watched some Tom Brady commentaries. I wanted to just stay in my lane and I’d worry about Old Trafford this week if we got there.”

Leeds did get there by beating Wigan 20-8 and will attempt to spoil St Helens’ bid for a record fourth straight Super League title.

Most read in rugby league

When they were down the bottom of the league in April, though, that looked a million miles away.

Tetevano, though, was convinced Rohan Smith’s side has what it takes as he prepares for the big night, with a defensive spirit that can match anyone.

The 31-year-old added: “We always knew we had the calibre of player but at the start, we were just missing a few things.

“Defence wins games. and that shows the spirit on the camp.

“Rohan’s brought in the finer details of knowing what that connection looks like and not being too grand in your mind.

“Once your job’s done, you’ve got to help your mate out.”

Tetevano will be joined in Leeds’ pack by Matt Prior, who has won the NRL Grand Final twice.

And as he prepares for a showpiece no-one, least of all the players, expected when they floundered at the bottom of the league in April, he is delighted he stayed.

When Covid-19 struck the UK, the prop found himself staring at the same four walls while family and friends in Australia enjoyed a reasonably normal life.

That almost sent him back to his homeland as he struggled to cope.

Prior, 35, said: “I was struggling with the Covid-19 stuff and going into lockdowns. I was living in a small apartment and being stuck in it, not being able to do much, wasn’t ideal.

“I got sick of it, I just wanted to go home – at the time, Australia hadn’t gone into many lockdowns. I was looking at Instagram and felt like I was missing out!

“Staring at the same four walls got to me, being stuck inside started playing on my mind a bit and I was close to calling it a day and going back home.

“How close was I to leaving? Yeah, I was pretty close.”

CBP seizes $9.1 million worth of cocaine at the Pan American...

These Next-Gen Nepo Babies in Fashion Will Be the New Bella...