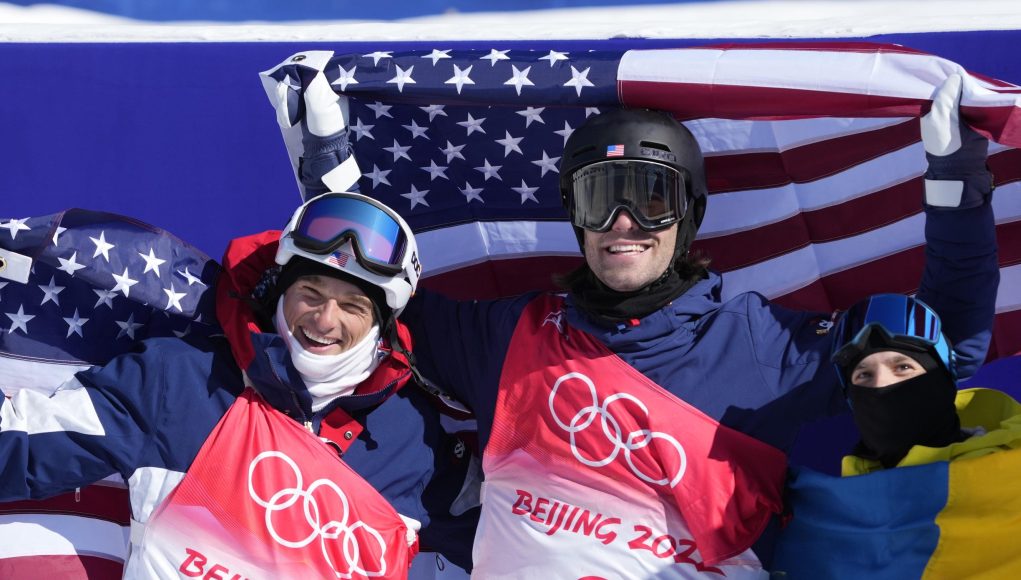 Facebook
Twitter
Pinterest
WhatsApp
Snowboarder Julia Marino is opening up about why she suddenly withdrew from the big air qualifier after earning Team USA’s first Olympic medal of the Beijing Games a week earlier. Marino revealed on Instagram that the International Olympic Committee required her to cover the Prada logo on her snowboard – the same red-and-white board she used to claim silver in the snowboard slopestyle on Feb. 6 – to avoid disqualification, “For everyone asking, the night before the big air (competition), the IOC told me they no longer approved my board even (though) they approved it for slope,” Marino, 24, wrote on her Instagram Story on Monday. “They told me I would be disqualified if I didn’t cover the logo and obligated me to literally draw on the base of my board with a sharpie.”
According to NBC, Marino said the IOC informed her that her Prada sponsored board violated “Rule 40,” which regulates athlete’s sponsorships. Marino was required to cover the logo on her helmet during slopestyle last week, and the IOC notified her that she would now have to do the same for her snowboard for Monday’s big air qualifier. Marino shared a picture of her altered snowboard on Instagram, claiming that the red marker used to draw over the Prada logo on the base of her board impacted the board’s speed and performance. “For those who don’t know, the base of the board is important for your speed and not meant to have anything on it but wax, having marker and other things on the bottom basically defeats the purpose,” the Westport, Connecticut, native wrote.
Marino, who was nursing a tailbone injury after a fall a couple days prior, told NBC that her board “felt off” after the alteration, adding that she “felt unstable and unsteady.” That prompted her to pull out of the big air event to prevent further injury. “I had no speed for the jump and wasn’t able to clear it several times,” she wrote. “Was just feeling pretty physically and mentally drained from this distraction and the slam I took. I was super-hyped with how I did in slope, my main event, and decided not to risk further injury even (though) that didn’t appear to be the top priority of the IOC.” Marino took silver to win her first Olympic medal and the first for Team USA in these Games in slopestyle. She finished 11th four years ago in Pyeongchang. BEIJING: Snowboarder Julia Marino wins silver in slopestyle, USA’s first Olympic medal

How does Norway dominate the Winter Olympics? By not worrying about success.

What is the NYPD Crime Stoppers hotline?

Orange County church shooting suspect to be charged with murder and...

A ‘prolific wind-damage event’ is expected to unfold across parts of...