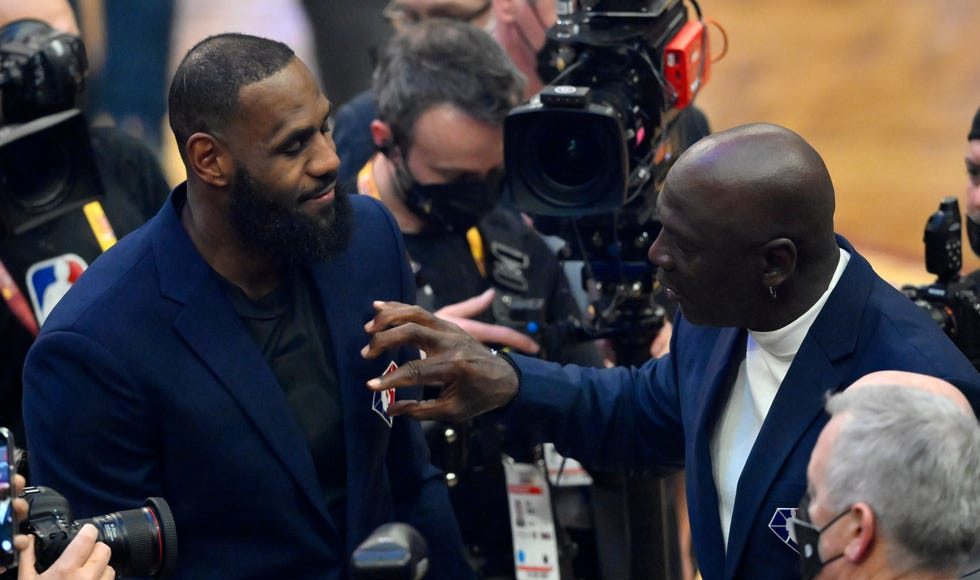 The NBA announced its 75th anniversary team early this season and those 76 players who are MVPs, Finals MVPs, All-Stars and champions were celebrated in a ceremony on Sunday.

In a wonderful and nostalgic celebration of NBA history, the league honored its 76 greatest players in a remarkable collection of stars. Among the notable names not in attendance: Bill Russell, Larry Bird, Karl Malone, Tim Duncan, Russell Westbrook, Steve Nash.

The players were announced by position: forwards, centers and then guards. Michael Jordan was the last player announced, and Jordan, LeBron James and Kobe Bryant in memoriam received the loudest cheers from fans.

Pettit, the NBA’s first MVP, looked forward to the festivities, which included a chance to catch up with some players he played against.

“It’s a great honor. I’m very appreciative of the fact that I am included,” Petit said. “Anybody who says it isn’t nice to be included is lying. It means a lot to me, and it means a lot to my family. It reminds me that I was pretty good after all.”

Elvin Hayes, one of the game’s great scorers and rebounders, is among the most underappreciated of the 76 greatest players. He appreciates the recognition

“To be a part of the 50, you’re thinking, ‘Wow, that’s really a special situation,’ ” Hayes said. “But 75 comes along and you have all the great players you played against and you didn’t play against. ‘Hey, you really have arrived.’ “

At 16, Larry Miller killed another teen. At 72, the Nike executive is ready to apologize

Why a Putin summit would be a huge risk for Biden

U.S., U.K., Australia to work together on hypersonic missiles

Jussie Smollett sentenced to 150 days in jail for lying to...