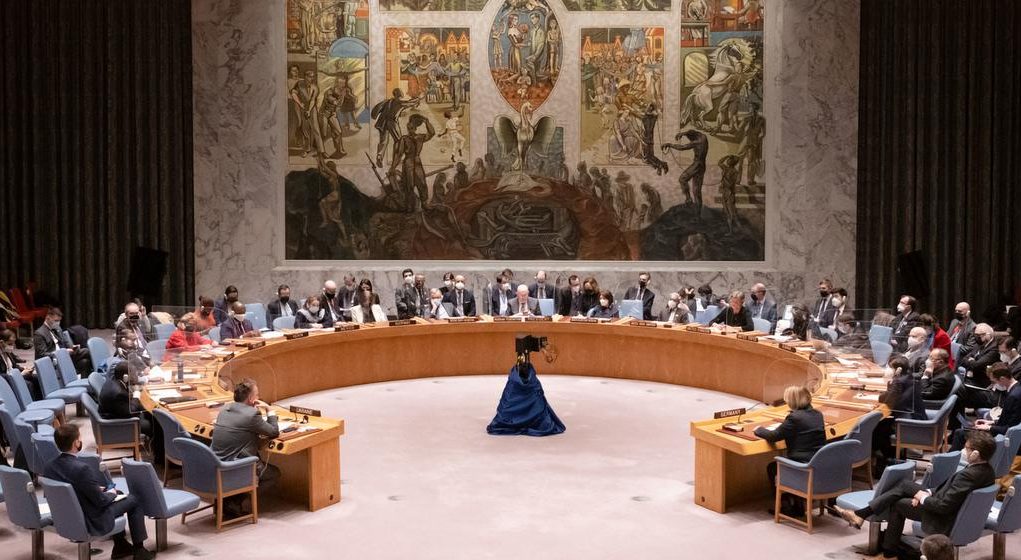 UN public meeting on Ukraine crisis Representatives from Russia will have an opportunity to discuss their advances at the border with Ukraine during a public meeting of the United Nations Security Council.

NEW YORK – The U.N. Security Council is scheduled to meet Monday for the first time on Russia’s troop buildup and threatening actions against Ukraine at the request of the United States, and all key players are expected to square off in public over the possibility of a Russian invasion and its global impact.

U.S. Ambassador Linda Thomas-Greenfield said Russia’s actions pose “a clear threat to international peace and security and the U.N. Charter.” Council members “must squarely examine the facts and consider what is at stake for Ukraine, for Russia, for Europe, and for the core obligations and principles of the international order should Russia further invade Ukraine,” she said Thursday in announcing the meeting.

Russia’s deputy U.N. ambassador Dmitry Polyansky responded angrily, tweeting: “I can’t recall another occasion when a SC (Security Council) member proposed to discuss its own baseless allegations and assumptions as a threat to intl (international) order from someone else. Hopefully fellow UNSC members will not support this clear PR stunt shameful for the reputation of UN Security Council.”

Polyansky’s reaction indicated that Russia may start the meeting asking for a procedural vote on whether it should go ahead. To block the meeting, Russia would need support from nine of the 15 members.

A senior official in the Biden administration said the United States is in regular contact with council members and is “confident” that there is “more than sufficient support” to hold the meeting.

“It goes right to the heart of the role of the Security Council itself,” the official said, speaking on condition of anonymity because he was not authorized to speak publicly. “This preventive diplomacy is exactly what the council is supposed to be doing, and I think member states understand that.”

Russia’s massing of an estimated 100,000 troops near the border with Ukraine has brought increasingly strong warnings from the West that Moscow intends to invade. Russia is demanding that NATO promise never to allow Ukraine to join the alliance, and to stop the deployment of NATO weapons near Russian borders and roll back its forces from Eastern Europe. NATO and the U.S. call those demands impossible.

Assuming the meeting goes ahead, the council will first hear a briefing by a senior U.N. official followed by statements from its 15 members including Russia, the United States and European members France, Ireland, United Kingdom and Albania. Under council rules, Ukraine will also speak.

“Both sides have shown willingness to continue their negotiations,” he told several reporters on Friday. “Let them settle the differences through dialogue, through negotiations.”

“Russia has said clearly they have no intention to have a war” and the Security Council should “help to deescalate the situation instead of adding fuel to the fire,” Zhang said.

The head of Russia’s Security Council, Nikolai Patrushev, on Sunday rejected Western warnings about an invasion.

“At this time, they’re saying that Russia threatens Ukraine — that’s completely ridiculous,” he was quoted as saying by state news agency Tass. “We don’t want war and we don’t need it at all.”

Thomas-Greenfield said of the U.S. and the other council members on ABC’s “This Week” on Sunday: “We’re going into the room prepared to listen to them, but we’re not going to be distracted by their propaganda.”

“This is a period when we want to see calm,” said Ireland’s U.N. Ambassador Geraldine Byrne Nason, whose country is serving a two-year term on the council. “We want to see deescalation, diplomacy and dialogue. That’s what we favor in relation to the current set of circumstances.”

Latinos say they’re discriminated against by other Latinos just as much...