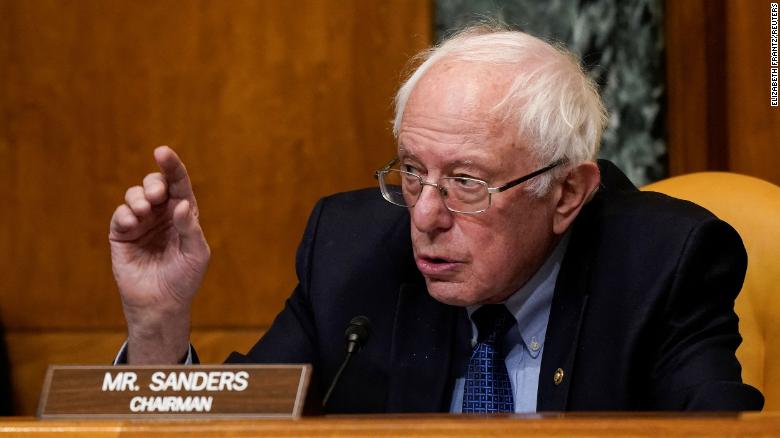 The campaign manager of Sen. Bernie Sanders’ 2020 run for president sent a memo Wednesday addressed to “allies” of the Vermont independent, informing them that Sanders has “not ruled out” a presidential run in 2024.

The memo, is written by Faiz Shakir, who still serves as a close political adviser to Sanders. It offers up a list of polls that show Sanders remains popular with voters across the country and in key swing states. It also offers up talking points for Sanders surrogates about his political future, including what to say if asked if they would support the senator should he challenge President Joe Biden in a Democratic primary in 2024.

Under a banner called “close hold guidance,” Shakir makes it clear that Sanders is open to a third run for president.

“In the event of an open 2024 Democratic presidential primary, Sen. Sanders has not ruled out another run for president, so we advise that you answer any questions about 2024 with that in mind.”

Sanders, who caucuses with Democrats in the Senate, ran for the Democratic presidential nomination in 2016 and 2020, falling short on both occasions. He was considered the front-runner in 2020 after a narrow loss in the Iowa caucuses and convincing wins in the New Hampshire primary and the Nevada caucuses. But his campaign fell apart after several of the moderates in the Democratic race bowed out after Sanders lost to Biden in the South Carolina primary. The moderate candidates coalesced around Biden, and the Sanders campaign never recovered.

After he dropped out of the 2020 race, Sanders endorsed Biden told it was unlikely he would ever run for president again.

“No one could predict the future, but I think it is fair to say I will not be running for president again,” the senator said in April 2020. “I guess.”

Sanders turned 80 in September. Should he run in 2024 and win the presidency, he would be 83 years old when inaugurated.

Putin’s war was launched on a runway of lies

‘Urgent’ manhunt underway to find suspect in shootings of 5 homeless...

Russia-Ukraine talks offer roadmap to a truce — but one that...