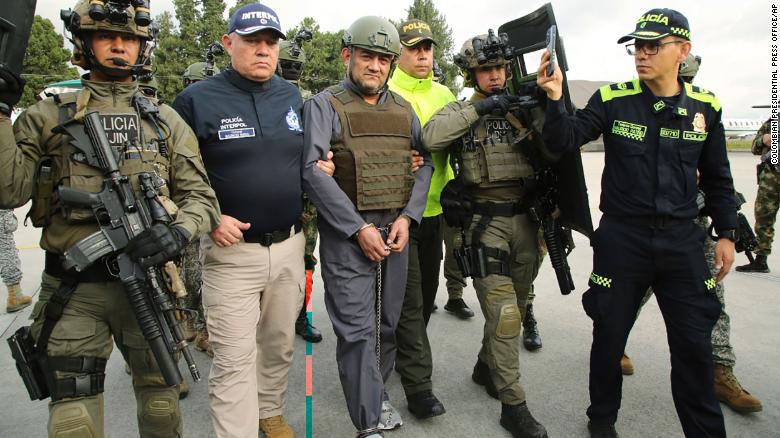 The accused Colombian narco-trafficker Dairo Usuga, also known by the alias “Otoniel,” was extradited to the United States on Wednesday to face drug trafficking charges, a source within the Colombian National Police told.

Usuga is widely considered to be the boss of the “Clan del Golfo,” a powerful drug cartel that controls cocaine routes into Mexico and the United States. He was expected to appear before a US judge in the next few hours.

He faces multiple drug-trafficking charges in New York and Florida district courts. The State Department has previously offered up to $5 million for information leading to his arrest or conviction.

Usuga was captured by Colombian authorities in October in a rural area of the northwestern Uraba region in Antioquia province, a feat President Iván Duque celebrated as “the biggest arrest of a narco-trafficker by the Colombian police since the days of Pablo Escobar.”

At the time of his arrest, the alleged cartel leader was facing at least 122 charges for drug trafficking, criminal association, murder and money laundering, according to the Colombian Attorney General’s office.

His extradition was approved by presidential decree after the Colombian State Council denied an appeal by several victims of Usuga’s alleged crimes who wished to see him tried in Colombian court.

Ida becomes 12th name starting with ‘I’ to be retired from...